36’s Guide to The
Future Sound of London 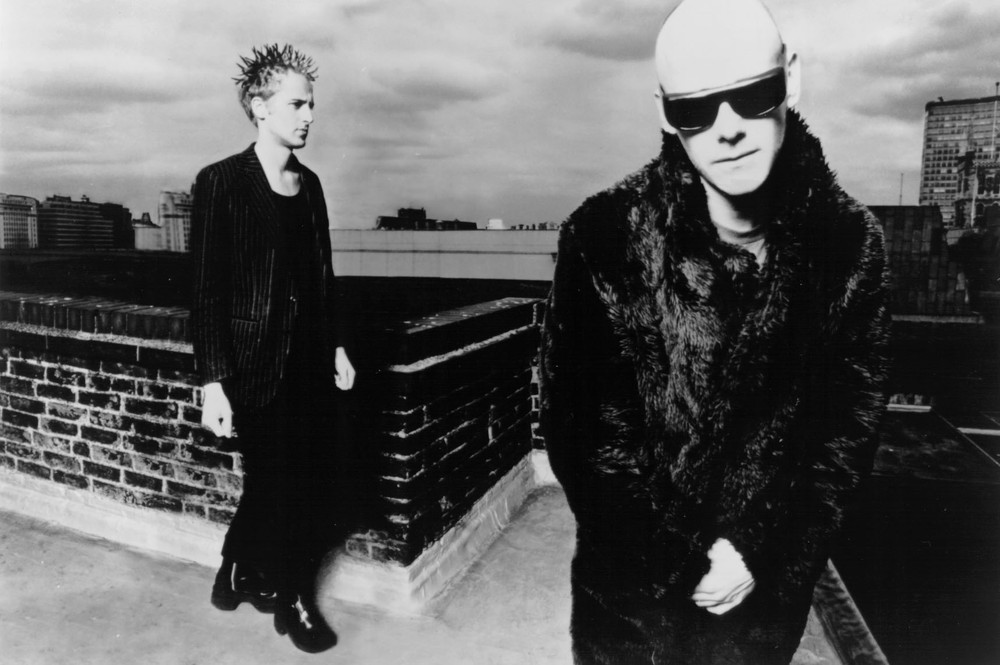 As someone who grew up in the UK in the early ’90s, it’s difficult to overstate just how important Brian Dougans and Garry Cobain (a.k.a. The Future Sound of London) were to me. I first heard their music through an older friend, who gave me a recorded cassette tape of their 1994 BBC Radio 1 Essential Mix. It completely changed both my understanding of what music was, and the limitless potential of what it can be.

They smashed the barriers between genres and because they had the backing of a major label, they had the reach to directly influence an entire generation of young people. In a time before the internet was mainstream, when radio was still the best way to discover new music, they embraced technology and used it inventively, getting sounds from out of their studio, directly into your ears. Did you know they have the Guinness World Record for releasing the very first internet music download? Sound and video, sent as data for downloading or live-streaming is as common as making a phone call now, but back in 1994, it was a brave new world, and FSOL had a vanguard role in all of it.

As you’ve probably realised, I like FSOL a lot, so when self-titled asked me to write a few words about them, I jumped at the chance. I’m not a professional writer or music historian. I’m just a fellow producer and longtime fan, paying my dues to a band I believe wholeheartedly deserve it.

Here’s three of their most important works and why I think they’re so special…. 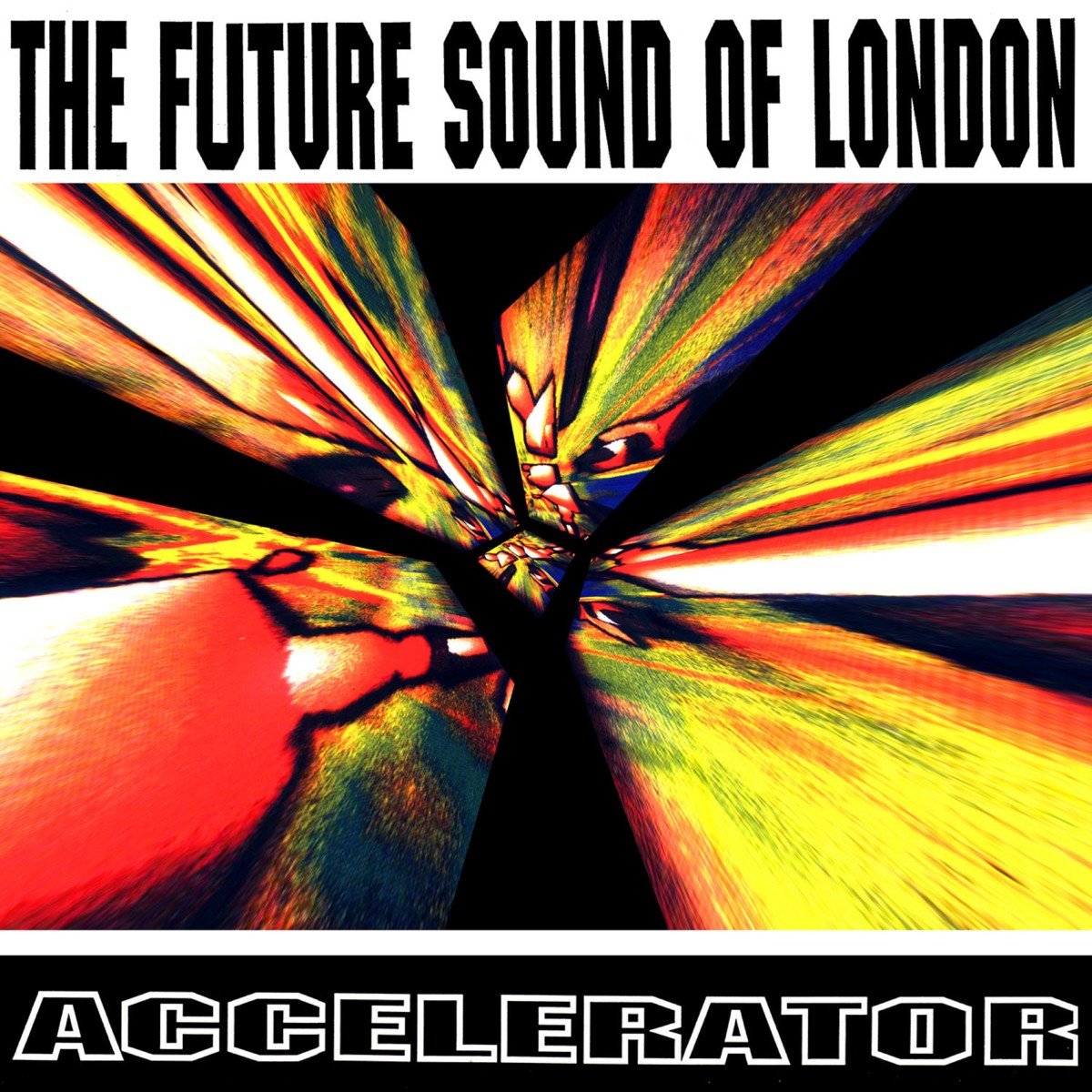 Accelerator was their first album and despite being very different from what they’d make later in their careers, I still think it’s the best starting point for people just discovering their music. It contains many of the blueprints typical of records from that era (samples of rainforests, ethno/world instruments/vocals, a fetish for the future, etc.) but rather than sounding cliché, it’s a beautifully restrained collection of tunes, with some genuine classics lurking within. Take away the beats and the basslines, and you can clearly hear the roots of where their future ambient sound would take shape.

I think “Papua New Guinea” is one of the best tracks ever made. It’s one of those tunes that I can play at any time and still feel the exact same vibes I felt the first time I heard it. Simultaneously uplifting and melancholic, yearning….. A tune that takes me completely out of time and space.

Only a small handful of other songs make me feel this way; “The Final Frontier” by Underground Resistance, “Icon” by Rhythim Is Rhythim, or “Heliosphan” by Aphex Twin immediately spring to mind.

Looking back, “Papua New Guinea” could very easily have turned into some cheesy early ’90s ethno-dance tune, but their genius in sampling and composition elevated it far beyond the sum of its parts. It’s a track I can slip into any mix today and still get goosebumps every time it plays, bringing back a deluge of bittersweet memories. When I think about it, I don’t know a single person who doesn’t like that tune. It’s that good.

The underrated gem on this album is “Pulse State.” I love the early Warp bleep-techno sound and this ticks all the boxes for me. 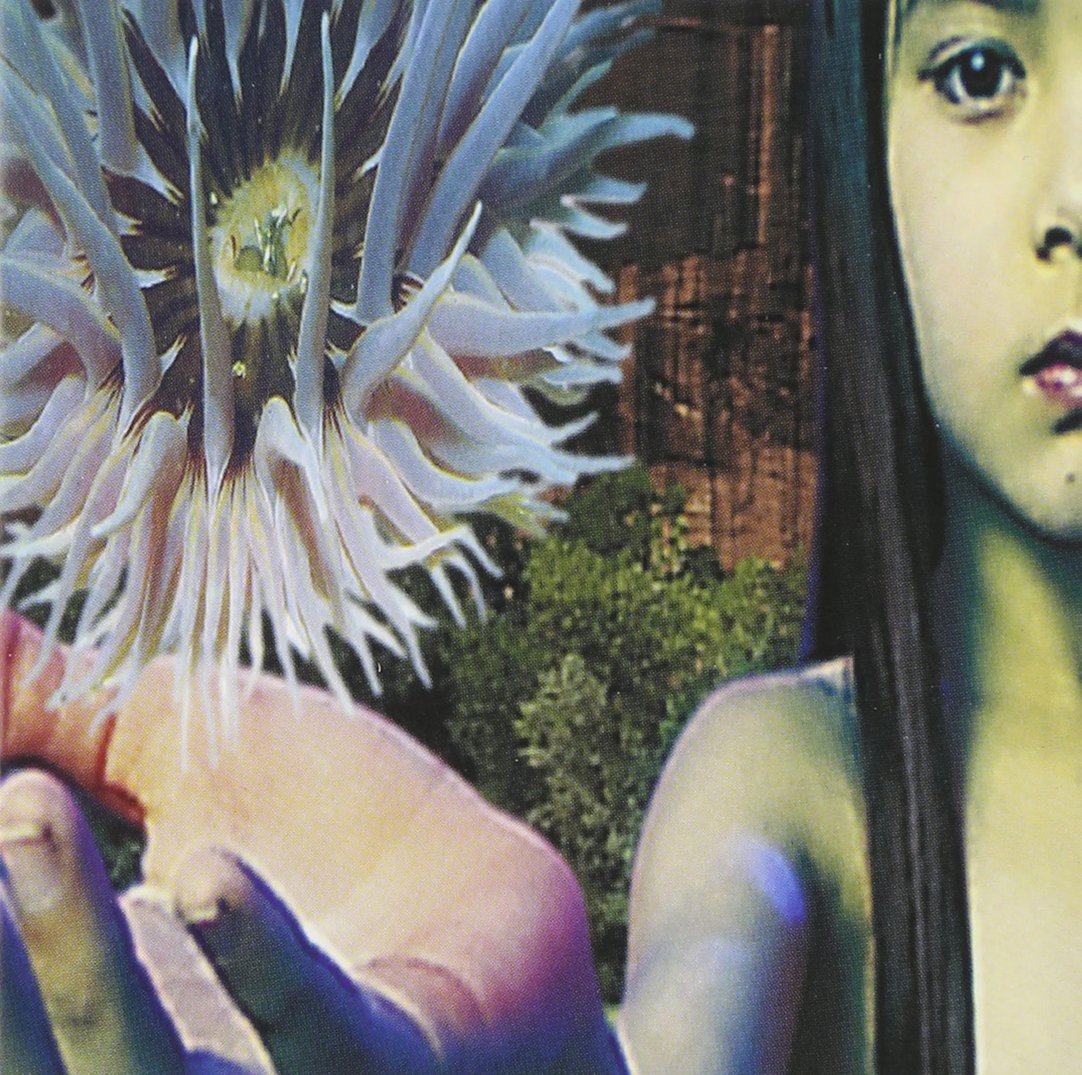 Whereas Accelerator was still a dance album at its core, their next album under the FSOL alias (Lifeforms) made the biggest overall impact on me. Yeah, it’s a rather obvious choice, but there’s a reason it’s so highly regarded; it’s a beautifully crafted, unashamedly grand theatre of weird sounds. It completely refreshed the idea of what ambient music was, well over a decade after Eno first explored it and everyone else seemed to have forgotten about it. (Though there must have been something in the air in 1994, because it was the year that brought us many more classic ambient albums from Aphex Twin, Global Communication, etc.)

Unlike Accelerator—which felt more like a collection of separate tracks with “Papua New Guinea” at the centre—this felt more like a true concept album, with every track one part of the greater whole. It gave a middle finger to the rules newly-signed artists usually face when making their debut on a major label (don’t deviate too much from your old sound, have three good singles, etc.) and Lifeforms exists comfortably in a space all its own. I imagine their label Virgin completely crapped themselves when they first heard it, but props to them for giving it a chance.

I still remember the first time I played it on an aging Panasonic portable cassette player—laying on my bed, eyes closed, being completely enveloped by the sounds orbiting around my head. It was the first proper ambient album I heard and it was a revelation for me. The beautiful textures, the shimmering melodies, the generous use of film samples…. As a 14 year old kid, it was like this passageway into a hidden world, which I looked forward to exploring every night. I played it so much that the tape began to fall apart and entire frequencies would drop out at random intervals. It only made it sound better as far as I was concerned. Like memories, fading in time. The digitally manipulated artwork by Buggy G Riphead, though admittedly a little dated by today’s standards, was also quite extraordinary at the time, and remains a key part of their overall aesthetic.

As a side note, the “Cascade” single is also essential and bridged the gap between Accelerator and Lifeforms perfectly (along with the superb 1993 album Tales Of Ephidrina under their Amorphous Androgynous alias—essentially a prototype for Lifeforms). “Cascade” challenged the idea of what a single is; rather than simply paying other artists to make crappy, by-the-book remixes, FSOL themselves used the main mix-down as the foundation, dismantling and reassembling it into five unique interpretations, each flowing seamlessly into the next.

They used this same approach a few months later on another gorgeous EP, also called Lifeforms featuring Elizabeth Fraser from Cocteau Twins on vocals. Between all this, they also found the time to make another studio album called ISDN, which is my least favourite of theirs from this era, but still well worth a listen. That’s what I love about FSOL; beyond simply being gifted producers, they’re also hard grafters, who devoted serious amounts of their time in the studio to realise their visions. In 1994, they were at the absolute peak of their game and rather than being complacent, they pushed themselves further and further with every release. It’s this kind of work ethic that all producers should aspire to have. Go all in or just stay home. 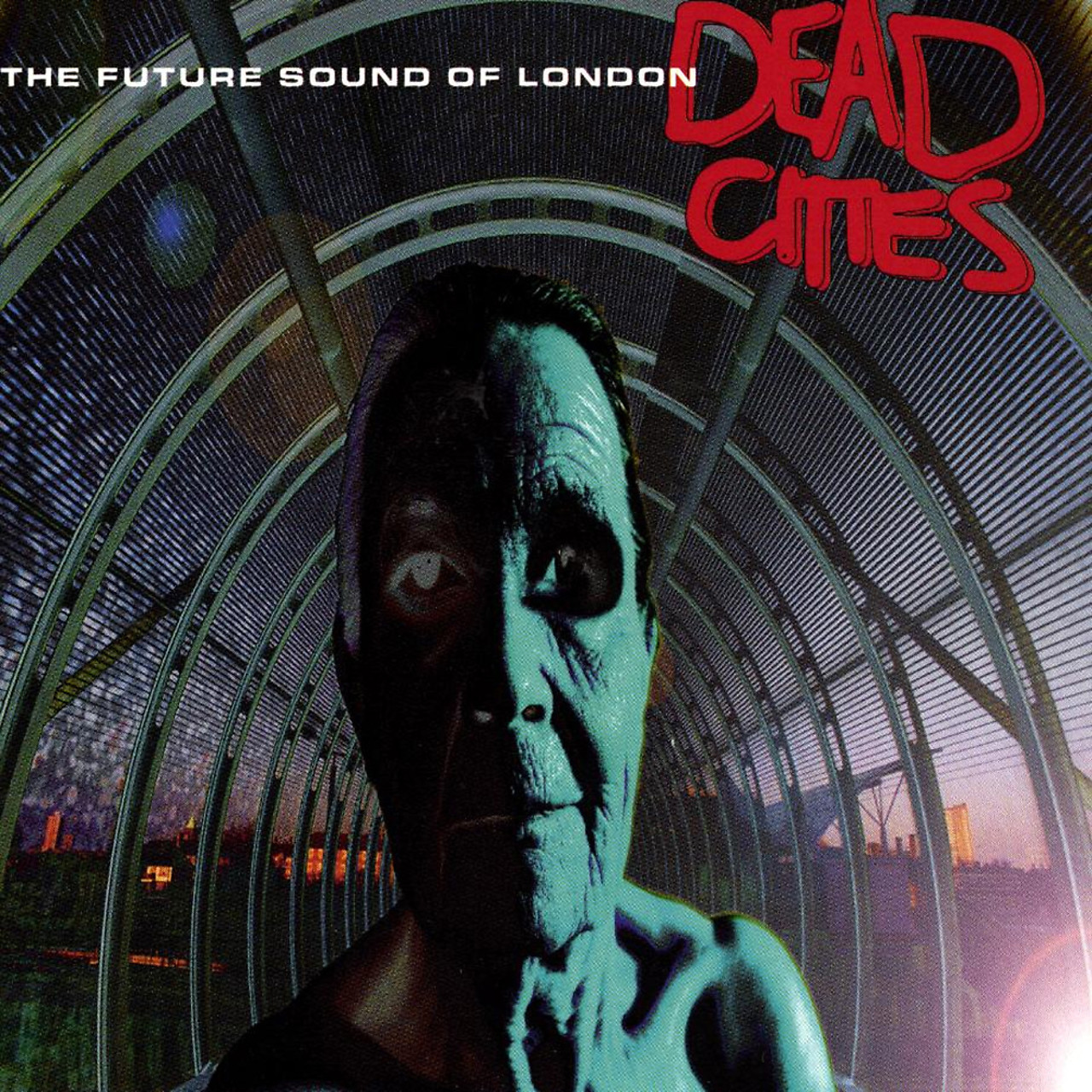 This was the final album from the ‘classic’ FSOL era and, it’s by far their most adventurous, bleak, and emotionally crippling album for me. I always got this sense of pent-up frustration when hearing it. Even the track titles and album art suggest that something wasn’t quite right with them, but rather than simply fall apart or return to the safety of sounds they already explored, Brian and Garry used this tension to make, what I consider, their most fully-realised album. Tracks like “Everyone In The World Is Doing Something Without Me” embody this most explicitly, and even though it’s a tune that likely came from a dark place, it’s simply breathtakingly beautiful to listen to. The segue into “My Kingdom” (a Vangelis-sampled classic, that spawned a full-EP suite) followed by “Max” (a mostly solo-piano track, featuring and named after Max Richter) are probably my favourite 13 minutes of music they’ve ever recorded.

Even though I think Dead Cities is their best album, it’s not the one I recommend people listen to first, because I believe it works better knowing the context of what came before it. This wasn’t an album that spawned itself in a vacuum; it felt like a statement born out of slow frustration, which reached its boiling point and needed to be addressed. After it was released, they’d not make another album again for five years (which brought us a radically different sound, under their Amorphous Androgynous alias). For many of us, it felt strange to not have FSOL on the airwaves, especially considering how prolific they had been previously. They’d been a part of our lives for so long and there was a musical void without them.

In the year since returning from their hiatus, they’ve been very busy in the studio (including releasing some really strong albums like Environments 5 on their own FSOLdigital label), but I’ll always have a soft spot for their earlier work, simply because it brings back so many fond memories from the era and was so instrumental in shaping my own musical identity. The five years between Accelerator and Dead Cities gave us some truly exceptional music and I’ll always appreciate Brian and Garry for how much they changed my musical life during these formative years. Long may they continue!

Dennis Huddleston’s latest project is a self-titled double LP under his new dancefloor-oriented alias SYNE. Stream it in full below via Bandcamp, right alongside some other selections from the producer’s beloved ambient/experimental outlet 36.