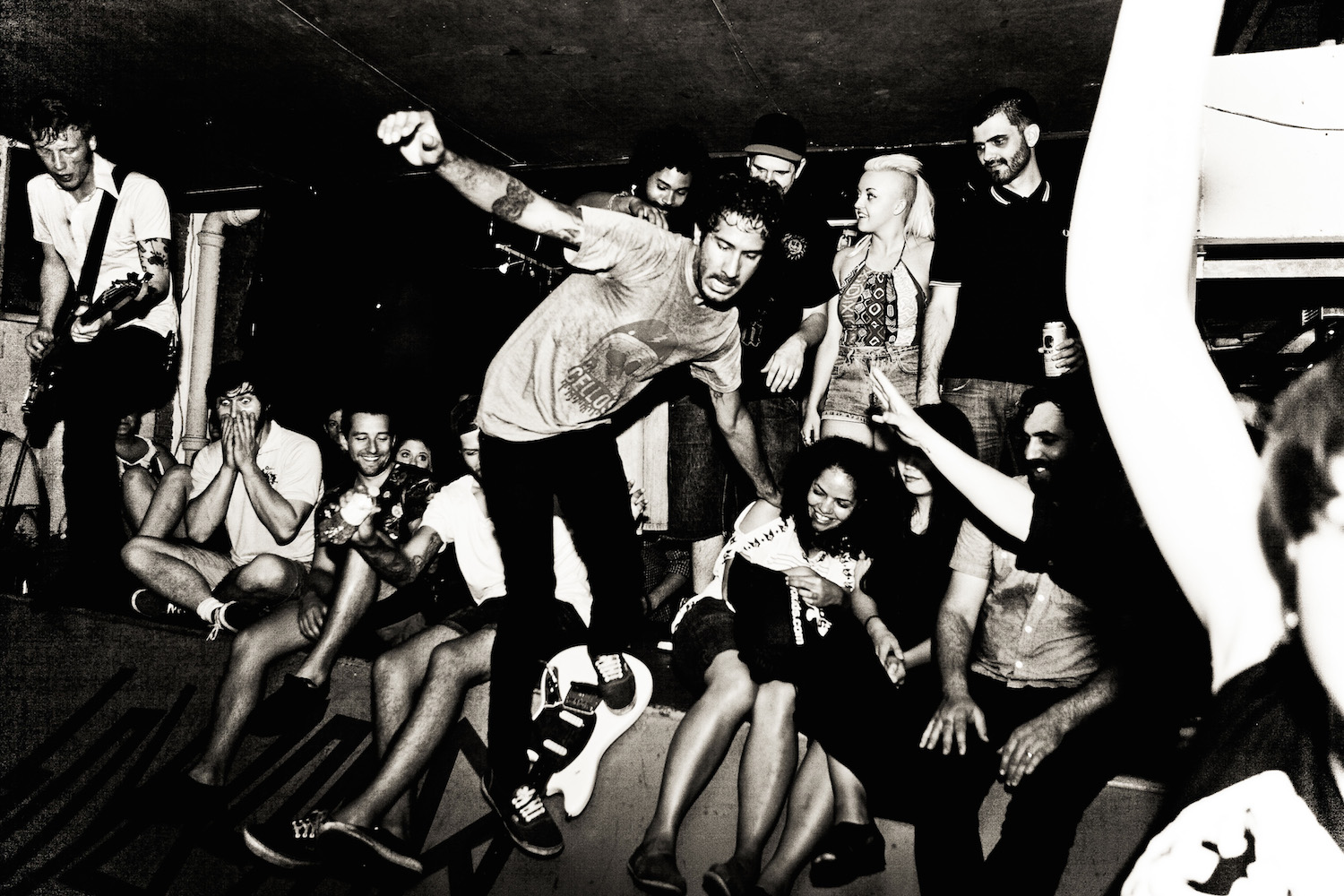 Fugazi are one of those bands who probably have more people dropping their name than actually listening to their music. Like Sonic Youth, The Fall or Nick Cave & the Bad Seeds, their name connotes cred for whoever is mentioning it. Their records on a shelf signify a refined, astute listener—a record store stalwart, a punk rock scholar. And their politics precede them, as they make for an easier conversation piece, but their elemental approach to “punk rock” is what sustains their legacy.

The fact that they went to such great lengths to redefine what it means to be a “punk band” is what made them appeal to me immediately. Sure, they made a hell of a racket, but there was something more cerebral about their approach. They were subtle, mercurial, dynamic—and they weren’t assholes about it, either. I can’t tell you why you should listen to them. I listen to them because it is arresting, perpetually vital music that challenges the idea of what a conventional rock band can accomplish. That, and they make a hell of a racket.

Truthfully, each of their albums is unique in its own way and is absolutely worth checking out. I could have replaced these with three others and would have been equally justified in doing so, but without overthinking it, here are my choices… Depending on how old you are, this one might get me crucified, but if I were to recommend a Fugazi album to anyone—not just fans of noisy punk—it would be The Argument. This is their last release and the first that I heard. Once Brendan Canty’s second dextrous drum beat kicked in, I knew this was a band that was going to stay with me for a very long time. Like Sleater-Kinney’s The Woods or Unwound’s Leaves Turn Inside You, The Argument crystallizes the group’s sound, expanding, redefining, and ultimately transcending it. It is the culmination of everything they had done up to this point, and then some. It’s a quieter album, one for rainy days in or nighttime drives, but tracks like “Full Disclosure” and “Nightshop” revisit the band’s bombastic past with a renewed sense of melody and experimentation. Shit, you can even dance to “Life And Limb.” It doesn’t matter whether you like a certain genre of music or not; everyone should own this album. If you stand on the noisy side of the fence, this one’s for you. In on the Kill Taker is the record where Fugazi finally figured it all out. It hones every aspect of their formative sound. They were still young and pissed, yet more articulate, mastering the use of guitar feedback. The contrast between Ian Mackaye’s drill sergeant sloganeering and Guy Picciotto’s obtuse abstractions had never been more bold, but it also hints at the more insular, contemplative approach they would take on later records. (It’s also got minimal use of the somewhat dated reggae/dub beats they incorporated on earlier releases.) Kill Taker’s track list flows immaculately. The one-two punch of “Facet Squared”—in which Mackaye opens the record by screaming, “Pride no longer has definition/ Everybody wears it, always fits” (a killer way to start an album, right?)—and the straight-ahead “Public Witness Program” will grab you immediately, but it’s the mid-tempo tunes like “Smallpox Champion” and “Rend It” that make this a standout for me. For all their noisy squalls and caterwauls, the Dischord flag bearers knew how to write a hook, never more evident than on the sensitive closer, “Last Chance For A Slow Dance.” If you have even a vague interest in music described as “angular post-punk” (ugh), this is essential. The obvious choice would’ve been Instrument, the soundtrack to the documentary film about the band—which is for serious fans only in and of itself—but any album of b-sides and demos is strictly for the diehards. Red Medicine is arguably Fugazi’s most popular album (at least based on all the used record stores I’ve worked at) but it’s also their strangest. They spent more time in the studio with this one, and as a result, it sounds better than everything they’d done to date—still the most confounding thing they’ve ever released. It opens with nearly a minute of mechanical noise, has not one but two instrumentals, and introduces Joe Lally as a vocalist on the feedback-drenched “By You.” It builds upon the downtempo excursions of Kill Taker, but to a degree that still comes across as a curveball. This probably makes it seem like I dislike Red Medicine, but I think its inconsistencies make it one of Fugazi’s more interesting records. They’re one of those bands whose albums resonate differently with everyone, and I personally had the hardest time with this one, but that only made it more rewarding when I finally forced myself to love it, sycophantic super fan that I am.

Greys released their debut album, ‘If Anything’, through Carpark a few months back. The first song on it is named after Fugazi’s own Guy Picciotto, which sums up their sound nicely….