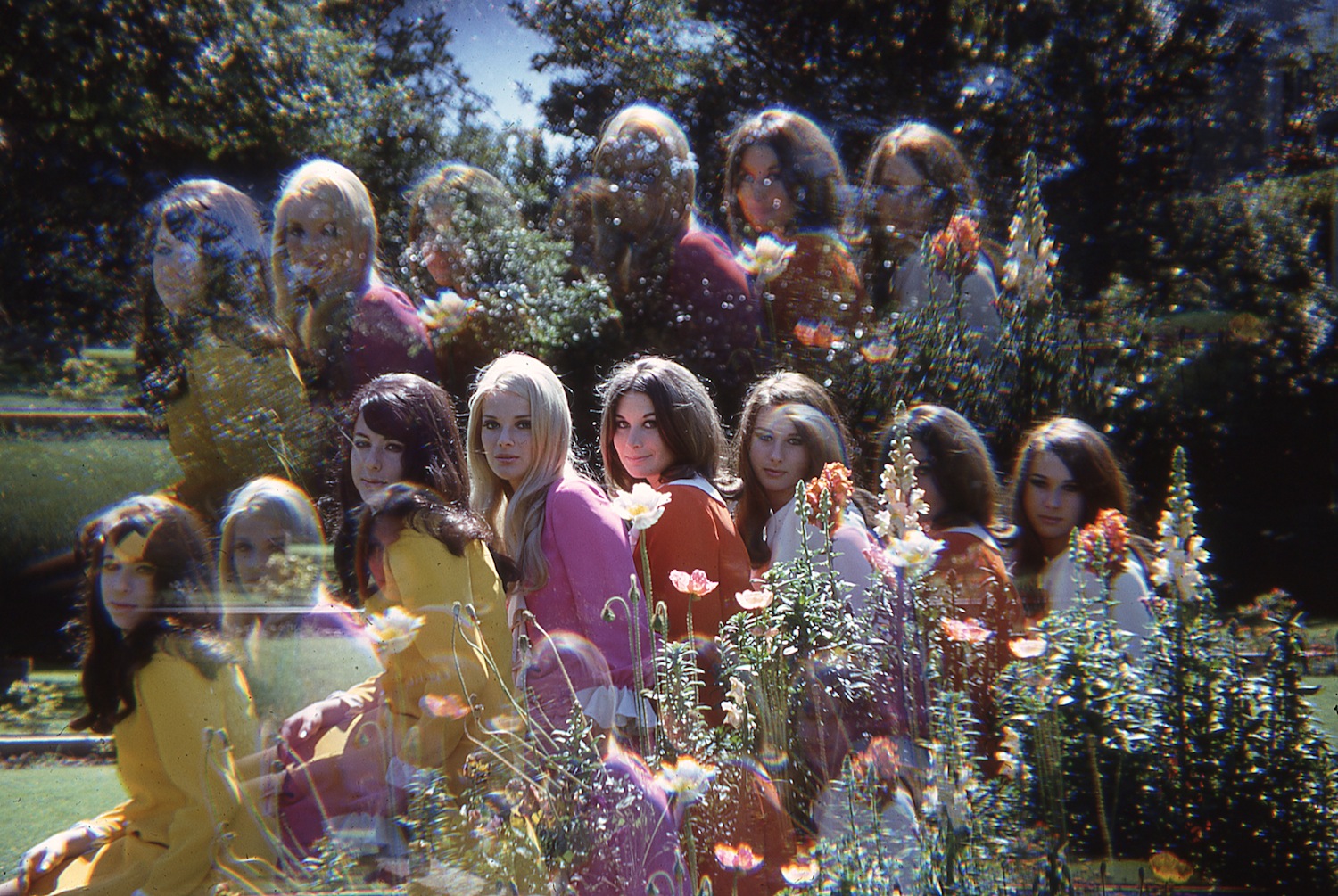 Unlike that enfant terrible Phil Spector, Lee Hazlewood knew how to get the best out of whoever was signed to his LHI label without treating performers like puppets with regularly pulled strings. Just ask Joan Sliwin, one of the four singers behind the ill-fated girl group Honey Ltd. (Laura Polkinghome, Marsha Jo Temmer, and Joan’s sister Alexandra rounded out their robust sound.)

“Lee was absolutely terrific at making us feel totally at ease in some very new surroundings,” explains Sliwin, referring to the sessions for the quartet’s one and only album. “He made everything comfortable, maybe because he was so comfortable in his own skin. Tom Thacker, Lee’s right hand man, was always close by, too, keeping us out of trouble.”

Since the quartet’s self-titled 1968 album—a vinyl-only rarity that’s traded hands for as much as $2,000—is now widely available through Light in the Attic’s ongoing Lee Hazlewood Industries campaign, we thought we’d ask Joan and her sister Alex to share some of the stories behind their standout songs, revealing why a sun-drenched girl group record that become so beloved decades later missed the mark commercially the first time around… Joan: We really thought Laura Nyro was incredible and were delighted to cover her song. It was amazing to have Mike Post arranging and be accompanied live in the studio with a full orchestra. It was really special because we were recording to a 4-track, a new innovation for the time. We were also preparing to go to NY to perform on the Ed Sullivan Show, thinking we’d be doing Eli’s Coming, and lo and behold, plans changed. We did the unlikely combination of a Cole Porter song and Aretha Franklin’s “Respect” instead. We were not in control of the decision. In retrospect, maybe a mistake, since 3 Dog Night had a huge hit with “Eli’s Coming” very soon after that.
Alex: I know I played that one Laura Nyro album (Eli and the Thirteenth Confession) over and over. We were all crazy for this song how its harmony would show us off; we couldn’t wait to sink our vocal cords into it. Mike Post’s stunning symphonic arrangement blew us away. Wow! Joan’s commentary on the progression of things is accurate as far as I remember… Alex: This was so timely and heartfelt.  I just can’t believe it slipped through the cracks…a darn shame. Our vocal arrangement was unusual and eerie and ever so cool. Go Honey Ltd.! We were so totally elated to work on this and all of these wonderful songs for all those hours—the four of us, best friends. It was truly the spirit of the ’60s.
Joan: From what we saw in print after the fact, it seems some people misunderstood Laura [Polkinghome]’s lyric, taking it for a pro-war song. We did travel to Vietnam with Bob Hope to sing for the troops. It was an honor to support our brave men and women.  We even saw some of our friends there. It wasn’t about the politics of this very unpopular war; it was about people in harm’s way. Alex: “No you are” was the catch phrase of the day. I think it was Temmer’s comment when we couldn’t think of a name. We all burst out hysterically laughing and it stuck, a little in-joke. Later on, Pee-wee Herman used it a lot in Pee-wee’s Playhouse, and he still uses it today. I just saw a performance from his tour, and there it was again!

Joan: We were all amazed at Carol Kaye playing on this, our first session—a female electric bass player doing an awesome job. We thought that was really cool!
Alex: The Wrecking Crew was awesome and still is, with its rotating members. Indeed, the best of the best. Myself, I was so taken with Carol Kaye that I bought a Pre-Columbian Fender Precision bass and her book How To Play Electric Bass, which I still have, tattered and torn. I learned about that solid funky bottom that provided the anchor in my musical development.  It was the direction I wanted to go—building upon the early piano and choir. My fingers rebelled against those thick strings and bearing down so hard on them and developed problems that I won’t get into. However, I transferred the knowledge to the left hand of the piano and learned some big lessons. Thank you, Carol Kaye. Joan: I never understood…why “Louie, Louie”? I think we might have just been a little too accommodating to the powers that be(were). But hey, we did have Ry Cooder playing guitar!
Alex: Agreed. Alex: I loved singing this sultry song. I think it could be a hit today…a little different arrangement but, seriously, yes. Joan: “Silk ‘N Honey,” written by Laura and Temmer, seems to be our most liked, accessible song over the years. Ian Freebairn Smith did a lovely arrangement for this song that might be the most signature track for us overall.
Alex: Yep, love the song but then, I love all of them (except “Louie, Louie”). “Lu ma/ Soo wah.” (That’s the background singing phrase on “Silk ‘N Honey.” We made it up as syllables; it doesn’t mean a thing. However I’d like to think of it as a greeting, like “Namaste.” When I say it aloud, people think I’m nuts and look at me funny, like I belong to a strange spiritual tribe. Ha ha.)
Joan: Ian Freebairn Smith deserves a lot of credit for really trying to capture the essence of the original tunes. Along with “Silk ‘N Honey,” Ian arranged “The Warrior,” “No, You Are,” “I’ve Got Your Man,” “For Your Mind,” “Come Down,” “Tomorrow Your Heart” and “Love, The Devil”…The list of musicians involved with us tells you we weren’t just lucky; we were blessed. It was a grand time.
Alex: It certainly  was!