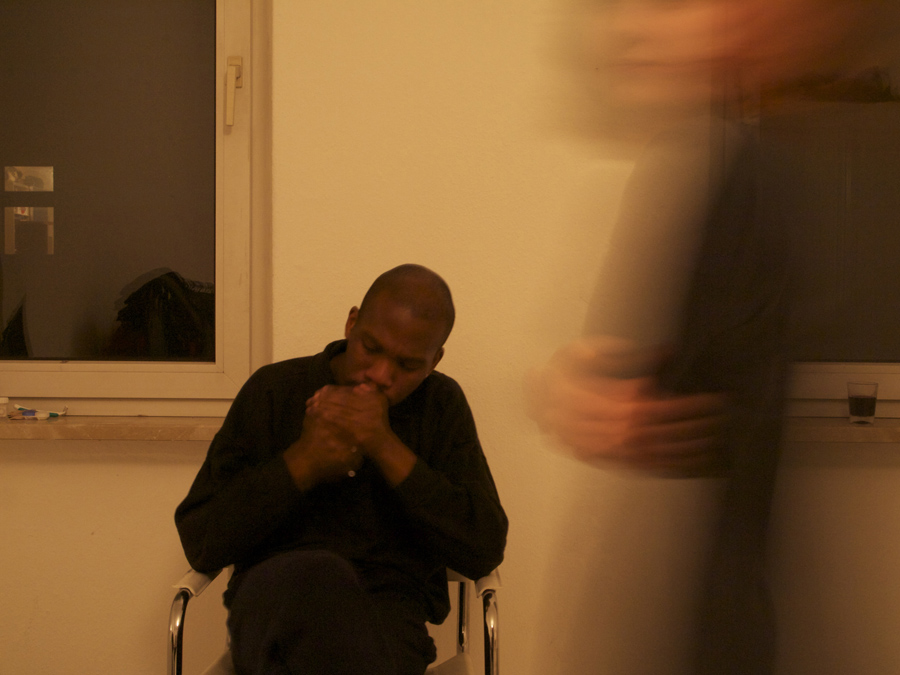 Since their music is as heady and high concept as hypnagogic pop gets–it’s akin to an art student’s waking nightmare, really–we told Hype Williams to do whatever the hell they want for a feature tied to their new One Nation LP. Here’s what they sent back… Dino ‘Dappy’ Constavlos Introduces Us To Herr Fritz Wagner…
Herr Fritz Wagner is the is the 58-year-old next door neighbor of Dean Blunt and Inga Copeland. Fritz has tried to get them evicted 78 times since last summer. He used to be the manager of the gun polishing shop Inga works at. He was drunk when he filed the following video reviews.

I think this was meant to be 75-100 words so I can fill it out with the transcript from the opening credits to Bug Juice:

â€œThese are the true life adventures of kids at summer camp. Bug Juice, it doesn’t come in a jar. Bug Juice comes from who you are. It has the flavor of what you can become. Freedom, reachin’ out on your own. Yeah, freedom lightin’ up the unknown. Workin’ together we all have grown. Bug Juice, the true-life adventures. Bug Juice, real kids, makin’ friends, havin’ fun, on Bug Juice!â€

Chatline
Bob Marley! [He laughs and says something apparently funny in German while imitating a man twisting his dreads and smoking a spliff.]

Rescue Dawn
IS THAT HEBREW?! That fucking Bob Marley; man, why does he write in Hebrew? I do not like this:What is this anyway?

Rescue Dawn II
[Pretending to snore] Oh you are so cool, maaan. This is rubbish.

Blue Dream
I have nothing to say about this. Do you have cigarette?

Get Choong and Look At
What does this mean? This ‘get cheng’? [Fritz leaves the scene one minute and seven seconds into the video.]

Previous VIDEO: Watch Two Rodarte Clips Featuring the Music of No Age
Next Panda Bear Takes Us On a Tour of His Record Collection