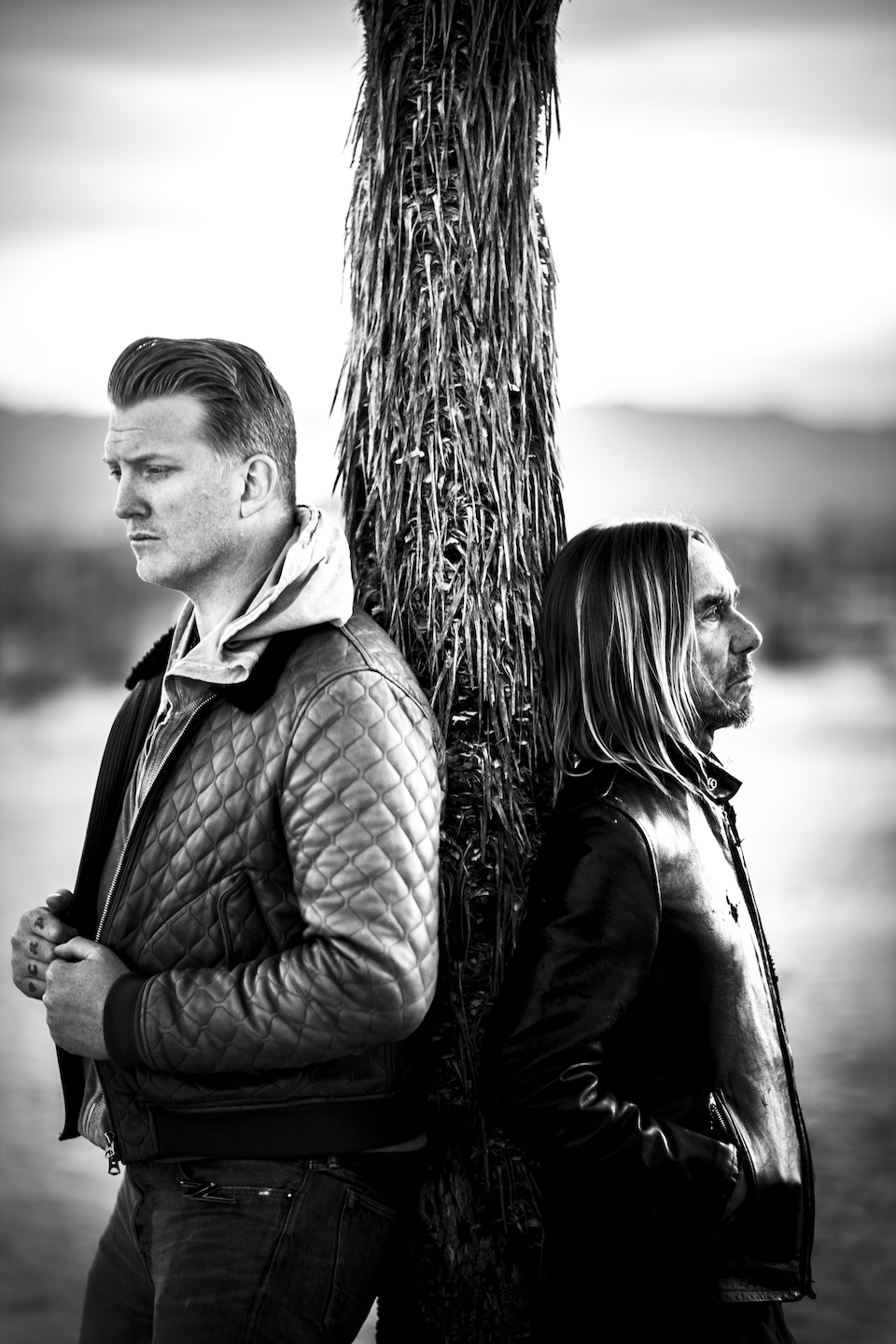 Iggy Pop and Josh Homme revealed a secret record on Stephen Colbert last night, a full-length effort made with members of Arctic Monkeys (drummer Matt Helder) and Queens of the Stone Age (guitarist Dean Fertita). Due out March 18th through Rekords Rekords/Loma Vista/Caroline International, Post Pop Depression is described as having a “Detroit meets Palm Desert by way of old Berlin vibe… a timeless work, one that sounds as if it’s always been there, has existed before any of the musicians were even born-yet imbued with the ramshackle energy of a garage band that threw itself together yesterday.” Quite the fitting combo really, what with the recent passing of David Bowie and the simple fact that his Pop collaborations (The Idiot, Lust For Life) remain some of the sinewy singer’s most beloved work.

“I wanted to be free,” Pop explained in a press release. “To be free, I needed to forget. To forget, I needed music. Josh had that in him, so I set out to provoke an encounter-first with a carefully worded text, followed by a deluge of writings all about me. No composer wants to write about nothing. He got revved up and we had a great big rumble in the desert USA.”

“This was to go where neither of us had gone before,” Homme added. “That was the agreement. And to go all the way.”

The pair have already planned a tour behind the album, one that explores Pop’s entire back catalog and features an expanded lineup that includes another Queens of the Stone Age lifer (guitarist Troy Van Leeuwen) and perennial sideman Matt Sweeney (Chavez, Soldiers of Fortune, Zwan). Check out a live performance of the record’s lead single below, along with its studio version and an on-air interview…