Catching Up With… Colder 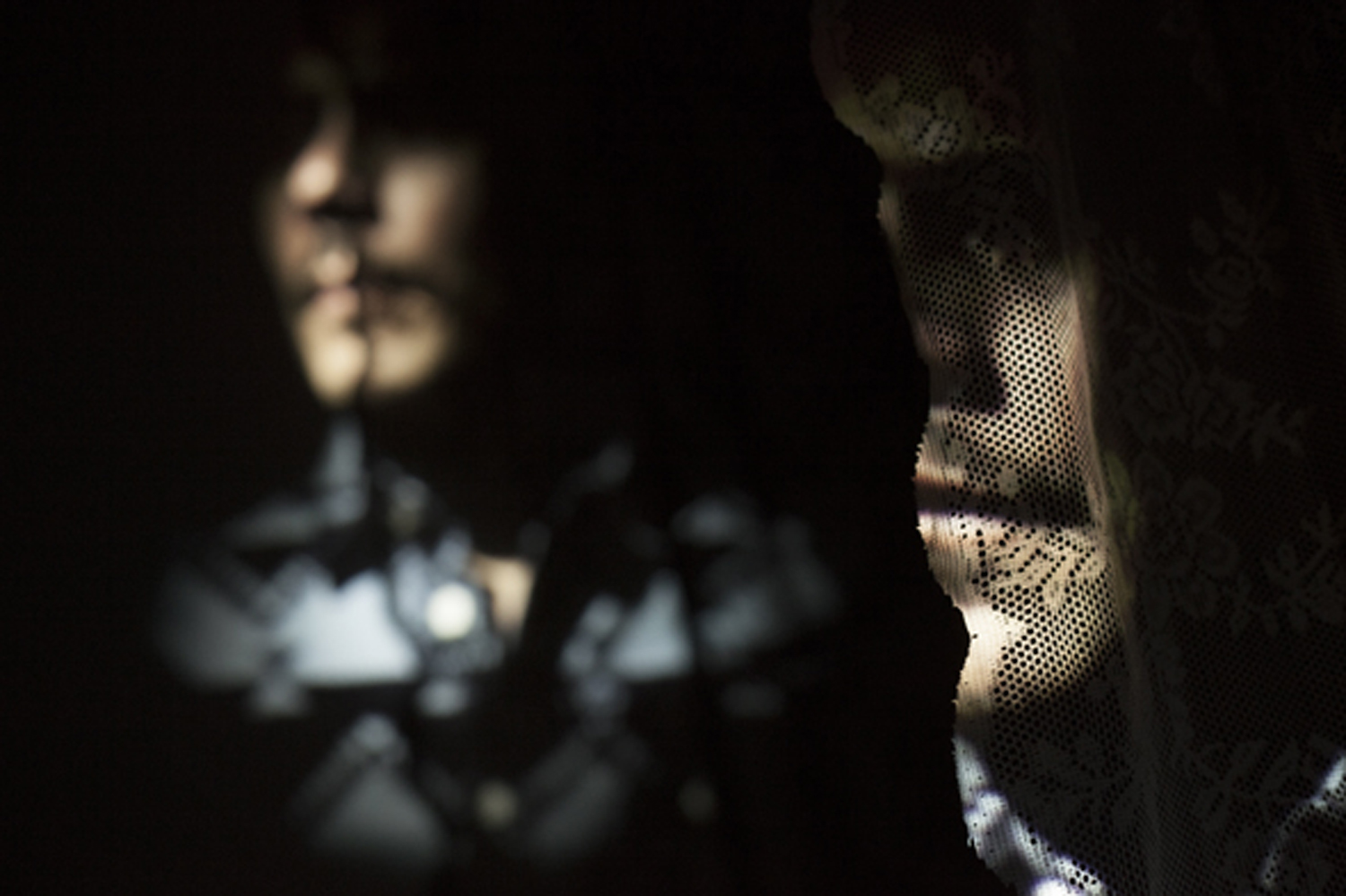 Ask Marc Nguyen Tan what he’s been up to over the past 10 years and he’ll respond with a simple answer: “Let’s say I’ve been doing other things.” Namely anything but his black-lit post-punk project Colder, which released two cult records on Trevor Jackson’s Output imprint before fading into a realm of obscurity as Tan pursued graphic design and the creative agency le cabinet. paris full-time.

Now the singer/producer is suddenly back with a new single (“Turn My Back” b/w “A City”), a well-curated remix pack, and plans for a proper LP later this year. In the following exclusive, Tan shares a couple premieres (Vito and Druzzi’s “Turn My Back” treatment, the original song’s official video) and all the details around Colder’s new direction and several side projects…

It’s been a decade since you released the last Colder record. What have you been up to all this time? Did music take a back seat to your graphic design career?
When Output collapsed, I got stuck in some contractual issues which lasted for a year and a half or even more. It was a mess. Once I managed to sort that out I didn’t have any wish to go back to it. The last two records were a great experience, but at that time I was fancying something else.

One thing you released in between Colder records was the improvised Live En San Anton LP with your Colder bandmate Guillaume. Was that the last we’ll hear from Scratoa! or did that experience make you want to explore more experimental music in the future?
That record is, on one hand, an anecdote; on another, a record I really love, even today. We recorded it live on a stereo recorder over three days and it was a way out—an escape from, and genuine expression of, the whole Colder mess. Also, if Colder refers to a more poppy side of the new wave/dark wave, ’80s/’90s culture, Scratoa! refers to other kinds of music I’ve always been fan of: experimental/improvised music, free jazz, and noise. I recorded many other improvised projects after that; I’ll probably never release them for the sake of potential listeners! The point was more about making music for the fun of it, and learning new techniques and strategies.

I can tell every day how much my current [music] benefits from the improvisational work I was doing at that time. The new Colder tracks are much more fluid, in between sounds and words on the hardware I’m using. Before that, especially with Heat, I was mostly working on the computer, assembling every bit of music. Now it’s faster and helps me to get straight to the point without being distracted by too many technical concerns.

Have you ever considered giving music up altogether or the opposite: pursuing it full-time and letting your work as an art director fall by the wayside?
I don’t really live or think about things this way. It’s more about feeling the need to work and the humble contribution I can bring to today’s music scene. After the Output years, and for quite some time, I didn’t feel this wish. Then a DJ and electronic producer from Kompakt named Patrice Bäumel asked me to sing on some instrumentals he was producing at that time. It was a bit of a surprise but I liked what he sent and decided to give it a try. We never really managed to complete this project but I enjoyed our collaboration; it gave me new ideas. Then other collaborations and studio work followed in Paris, to a point where I thought, ‘Why not? Let’s give it a try and see what comes out of it.’

What’s the story behind the single you released as a lead-in to your next LP?
The initial idea was to build a sound and songwriting process which could express a strong idea of “contrast” of sounds and colors, something which could be very visual at the same time. There are some production choices in “Turn Your Back” which may sound odd, but that’s where I wanted to go in a relatively subtle way. So at the end of the day, “Turn Your Back” is a dance track, but not upbeat, with something threatening constantly howling in the background. A kind of dark vibe confronting the lighter piano chords which push, or try to push, the whole thing up. It creates a kind of harmonious struggle in between all these elements. The vocals stand in the middle.

Lyrics wise, “Turn Your Back” would fall into a category of new tracks I’ve been recording lately where I pay more attention to the combination of words—how they collide—than to their overall sense. I’ve been playing a lot with this lately and it helps me to push the “visual” side of a song much further by adding words or sequences of words to each other in order to create or give new meanings to them.

Will they both be on the album?
“Turn Your Back… maybe!

What was the concept behind the “Turn Your Back” video?
The whole story behind this video started with Patrice Baumel and his girlfriend, photographer Ramona Deckers. I contacted them at first with a sketch I did. I painted myself all in black so you couldn’t see my face—just a silhouette, something very dark—but in the middle of an abstract explosion of colors, very Rauschenberg-like. They took this simple idea and pushed it further optically through the use of video projections and distorted images that Ramona shot. Then I shot this video myself, trying to follow as strictly as I could what they initially set for the whole visual direction of this project. To me it’s really a literal and visual transcription of the musical universe I’ve been trying to define with these new songs—lots of colors always moving, but resolving around a dark centre spot that sort of swallow them.

How does the rest of the record compare to “Turn Your Back” and “A City”?
It definitely follows a similar vibe but through different “movements”. I paid a lot of attention to the coherence of the whole project in terms of production, songwriting, lyrics, and narration. It’s also a project which has been recorded very quickly so—whether you like it or not—you can tell there’s a strong direction driving the whole thing on both musical and visual sides. It was like creating a little universe of its own somehow.

How have your musical tastes changed and remained the same over the past decade?
I extended them in some ways. Like I was obsessed with jazz one year even though it was a genre I could hardly stand before! So now on top of all the electronic/pop/rock/industrial references I keep on digging, I added names like Lenny Tristano, Miles Davis, and Lee Konitz.

What have been some non-musical influences on the new Colder album?
Lots of readings, some essays. I’m not a scholar in any way, but reading about “ideas” and the structure of “ideas” has helped me a lot in defining my own twist when it comes to lyrics and also how they play with sound and music. It also helped me in bringing more sense into the songs and the project itself. I don’t watch too many movies, but during the last few years I’ve been impressed by the work of Turkish directors like Nuri Ceylan or Reha Erdem, especially Kosmos, which became a cult movie for me.

How would you describe how the Colder material of 2015 compares to what you put out in 2005?
More accomplished; that’s definitely the way I feel/hear/see it. I wasn’t so happy with Heat, the second record. I thought there were too many compromises in it. I always kept a better memory of Again because it was more radical, straightforward and as an artistic/musical proposal, it was clearer and sharper. But it was lacking some musicality, and quite poor in terms of production.

I hear the same kind of “radicality”—the true sense of what “radical” means, something which goes back to my roots—in the new songs, but with a more musical feeling and production I really love for its singularity. I don’t hear any compromise in this new work. The idea of “contrasts” I had in mind straight from the beginning allowed me to express a whole panel of feelings and images without having to question it once. It was a clear and straight path I just had to follow.

The new Colder album is the first time you haven’t worked with Trevor Jackson. What do you miss the most about the Output era? Any memories stick out?
I don’t miss anything from Output really. It was great and fantastic while it lasted; I learnt a lot of things working with Trevor Jackson and Rob Sandercomb. But today is a different time. Things are done in a different way—some good, some bad, but equally challenging and exciting.

I don’t have any particular memory of that time, I see it more as a whole. If something had to stick out though it would be related to the live side of things, which was a very unexpected experience for me. When we opened for Underworld in Tokyo in front of 20,000 crazy Japanese, I remember it as a surreal moment I never thought I’d live before. It was just… strange!

Finally, what can we expect from Colder in the coming year—a tour, more new music?
A bit of all these different things. And some collaborations too, like this album I recorded with the spoken word performer and singer Craig Higgins (Paranoid London) which should be released this year under the name Save! I’m currently recording a couple of other projects that I’m arranging and producing with other singers. That’s something I wasn’t doing at all during the Output years and that I’d really like to push further in the next few years.