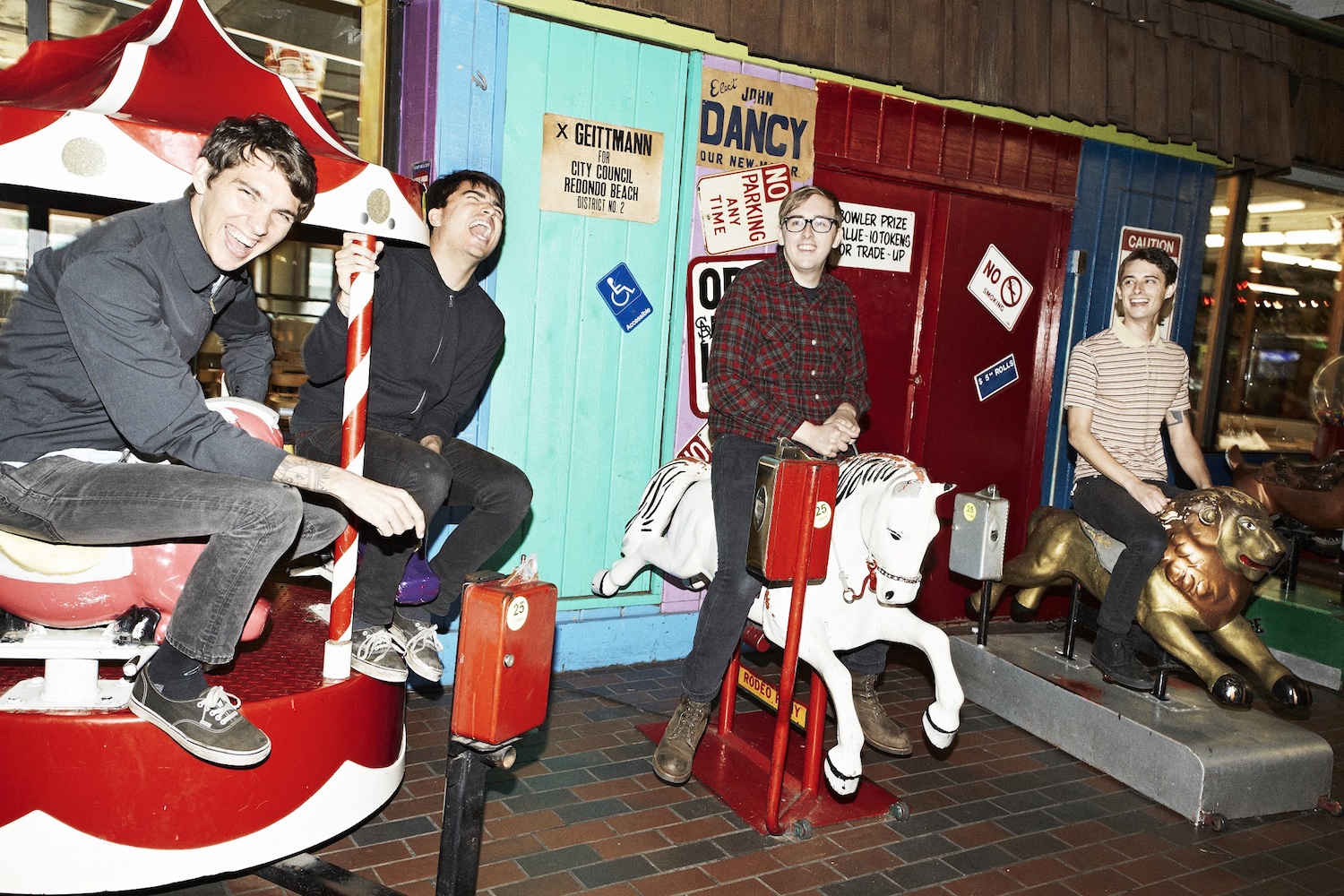 The following Top 5—written by Joyce Manor frontman Barry Johnson—is taken from the summer issue of our quarterly digital magazine, which will be available for free via our iPad app next month. Joyce Manor’s latest spring-loaded pop-punk LP, ‘Never Hungover Again’, is now available through Epitaph…

1. Driving to Disneyland
Hopping in the car with your friends or the one you love, mentally preparing to spend $180 or whatever it costs to get into Disneyland. Stopping at the Ralph’s to buy beers to drink in the car. Criminally underrated.

2. Drinking in the Car Before Entering the Park
A truly wild ride. You gotta slam a few beers before going in because you know you’re incapable of having fun without drinking. This is going to get you thinking about how you used to be able to have fun just going to Taco Bell sober with your friends. Literally crying because you’re laughing so hard. Not gonna happen now though. And there’s no way you’re gonna spend $210 to get into Disneyland and not have fun. This is the best case scenario. Worst case scenario is you get caught and hauled off to Disney Jail.

3. Disney Jail
The shame of being hauled away past all the families shaking their heads at you is so heavy that it just becomes absurd and you start cracking up like you used to at the Taco Bell. But instead you’re kinda drunk and having a panic attack in the Disney Jail. A surprisingly good ride.

4. Space Mountain
If you don’t get caught you totally gotta go on Space Mountain. You’re still gonna have this weird voice in the back of your head nagging at you about how sad it is that you can’t have fun without drinking, so you’re gonna be really into the fact that it feels like you’re about to be decapitated in the dark the whole time you’re on this ride. At first it’s kinda scary but about halfway through, you actually start to hope you get decapitated. Unfortunately it doesn’t happen, and as you sulk back out into the world blinded by the hateful sun, it’s time to check out another ride.

5. What Happened the First Time I Went
I was 5 and it was my birthday. My mom took me as a surprise, but that morning I had received a truly excellent gift: Super Mario Bros. 2! So you can imagine how bummed I was that I didn’t have a chance to play it before we left for ‘school’—a surprise trip to Disneyland. That was cool and all but the whole time all I could think about was Super Mario Bros. 2. So after being at Disneyland for what felt like six months, I said, “That was really fun. Are we ready to go home?” And my mom totally flipped. She was so mad. Turns out we had only been there for about 45 minutes. Very underrated ride.

Epilogue: Super Mario Bros. 2 ended up being really weird and disappointing compared to the original.

Previous Iceage
“The Lord’s Favorite”
Next SONG OF THE DAY:
NehruvianDOOM, “Om”