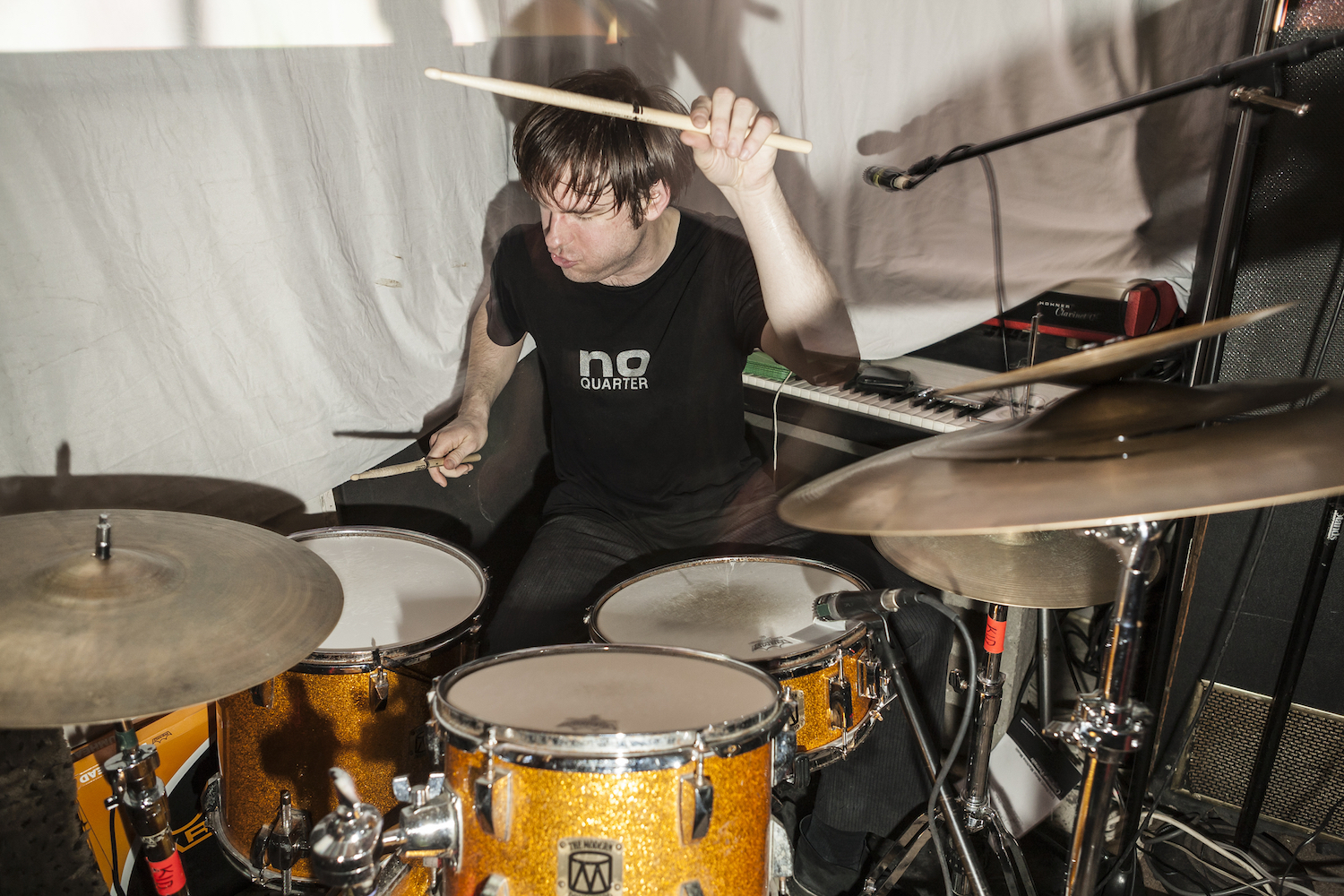 “When I hit the age of 40 it felt like it was now or never,” Kid Millions (Oneida, Man Forever) wrote in a recent essay for the Red Bull Music Academy. “If I wanted to go full time, I just had to make that leap. I had to call myself a drummer and work backwards from there. That step was essential and energizing, and it helped me navigate the mental transition: ‘I am a drummer and a composer and I live in New York City.'”

This Sunday’s free “100 Disciplines” performance hammers that point home with a multi-percussionist (20 in total, including Brian Chase of the Yeah Yeah Yeahs) exploration of “feedback, drones and overtones” that captures the “tragicomic facets of living in a place that’s both a source of inspiration and overwhelming difficulty.” Before he gets to that however, here are six of Kid Millions’ favorite drum fills, an excerpt from our free iPad magazine…

1. Tony Williams, 5:15-5:22 in “Nefertiti”
Tony Williams was 16 when he started playing professionally, and he recorded this insane flurry of fills when he was 21. Madness! If you are a drummer—as I happen to be—you could argue that this tune is a vehicle for his blasts. Check out the entire song and see how each fill builds on the previous one. A treasure.

2. Earl Palmer, 3:52-4:00 in “Song of Innocence”
Earl Palmer is one of those incredible unsung session musicians of the late 20th century. I’m about to pick up this guy’s biography post-haste.

3. Joseph “Zigaboo” Modaliste, 2:30-2:40 in “Here Comes the Meter Man”
Zigaboo is a model of restraint and funk—imaginative syncopated rhythms that are never complacent and always surprising. Restraint allows the smallest of gestures to announce themselves with a ton of assertion. On this track he finally gets a few choice bars of solo riffing, a rarity on early Meters albums.

4. Terry Williams, 3:05-3:38 in “Heart of the City (Live)”
The drum fill at the end of this tune begins insipidly, becomes incredible and then touches the sublime. Terry Williams takes a simple stroke roll exercise into cosmic territory. By the end, it’s abundantly clear who gave the intensity to this performance.

5. Dale Crover, 0:35-0:47 in “Roadbull”
Herein lies the mystery of Dale Crover. He has the most ridiculous technique and yet he’s playing something so slow and intentionally awkward. In this brilliant fill, he communicates confusion, elemental power and suspense, all with a few carefully placed, thundering tom hits. Beautiful stuff!

6. Jake Liebezeit, 2:49-3:08 in “Mushroom”
There are so many drummers that I’ve left off the list here but I needed to include Jaki. Like a lot of the drummers I’ve chosen, it’s perhaps not the actual fill that’s so impressive, though it is amazing. It’s the musicality at work that renders these rare bursts of commentary so exciting in the context of his brutal and metronomic finesse. Liebezeit’s use of silence is almost as powerful as his actual fills. All of us drummers could take a page or two from his book.