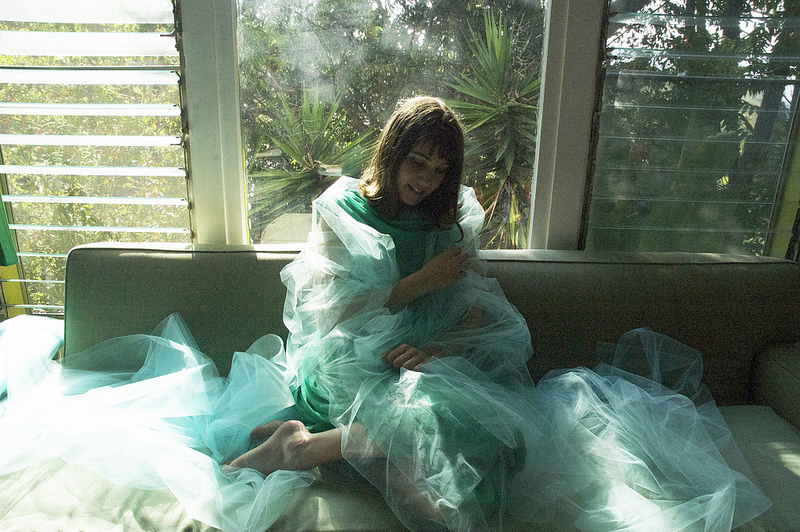 Remember Lavender Diamond? It’s okay if you don’t; after all, the group’s first and only album (the subtle, bittersweet Imagine Our Love) was released through Matador Records five years ago. Since then, the group’s enigmatic singer, Rebecca Stark, has focused on a side career in film, including appearances alongside Kim Gordon and Spinal Tap’s very own Harry Shearer. Not one to give up music entirely, she’s also performed with such like-minded artists as the Decemberists, She & Him and, err, John C. Reilly.

Which leads us to Incorruptible Heart–yet another lovelorn effort, only this time it’s a balancing act between the high gloss of Ok Go’s Damian Kulash, Jr. and the slightly off sonics of producer/honorary Flaming Lips member Dave Fridmann. Get a taste of what we mean down below with the woozy atmospherics and stuttering “Be My Baby” beats of “Oh My Beautiful World”…