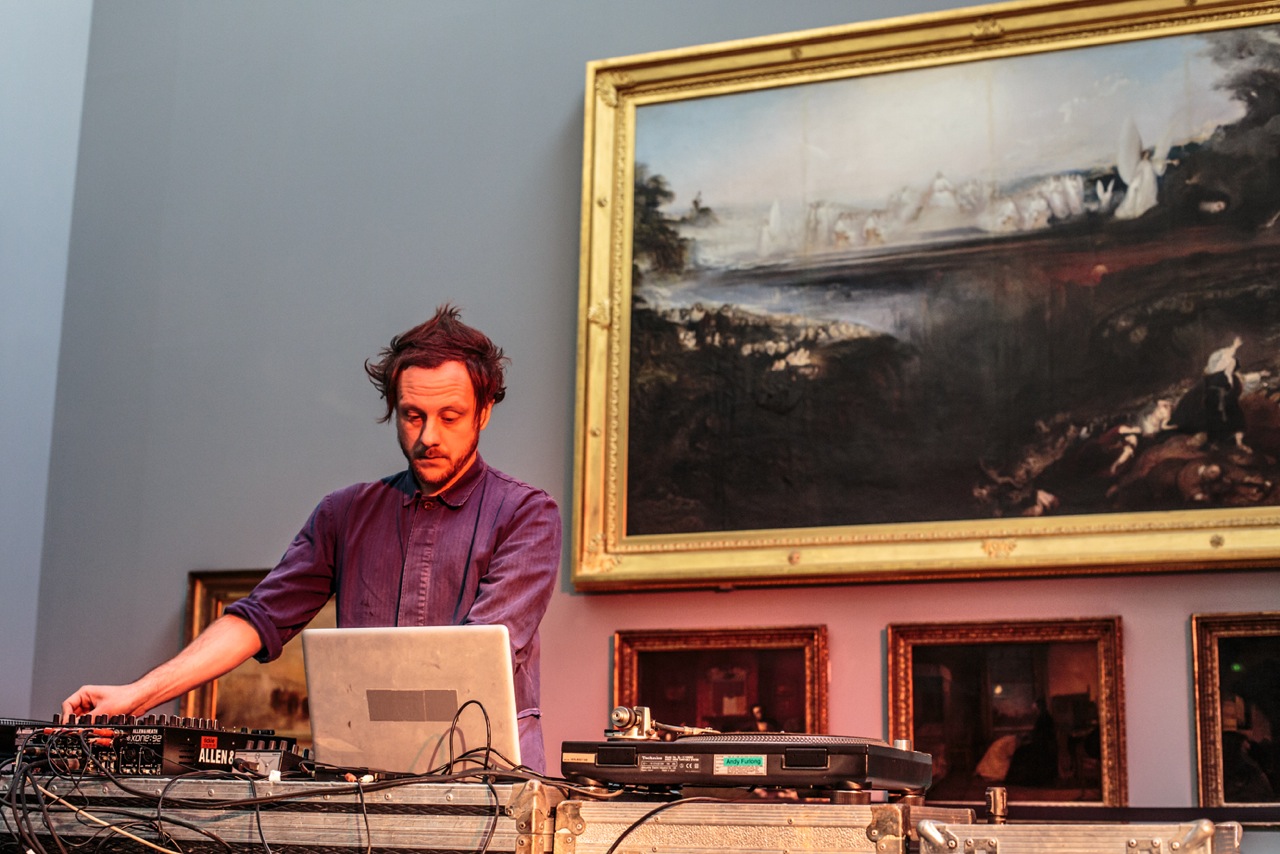 As we explained in PAN’s recent Label of the Month feature, the experimental flourishes of Lee Gamble’s last two LPs—the selected ambient works of Diversions 1994-1996 and the jumbled techno of Dutch Tvashar Plumes—have no bearing on his live sets, which are meant to actually make you move. Like rave-on-til-the-break-of-dawn move. To understand what we mean, here is an exclusive 90-minute mix, along with the science guide Gamble wrote for our latest quarterly journal…

“This mix was made last month using records, two 1210s and a Vestax mixer. I guess it’s kind of representative of what I may play in a more regular club setting, as opposed to more experimental stuff. Starts off deeper, and moves into a little more bumpin stuff.”—Lee Gamble

Lee Gamble’s Guide to “The Mind-Fuckery of the Sciences”

Carl Sagan, Cosmos: A Personal Voyage
Although a little dated now—it’s 30 years old—this 13-part series is still a great watch, with some difficult topics made easily digestible via Sagan’s hypnotic velvet tones and some trippy computer-generated graphics. Vangelis composed some of the music. (If you like that sort of thing.) Chaos Creativity and Cosmic Consciousness
Much of science is empirical and evidence based, which is all well and proper. I also think it is the role of science—without actually relying on astrology or other nonsense—to expand and question things. In this book, biologist Dr. Rupert Sheldrake, psychonaut Terence McKenna and mathematician Ralph H. Abraham have a speculative and creative discussion on subjects such as the creation of the unconsciousness, the suppression of psychedelics, the apocalyptic tradition, the freezing of information in crystals, nonhuman entities, the world ‘soul’, the sense of being stared at, and the noosphere. Fun and fascinating to read as long as you understand it’s not a doctrine to start some neo-pagan cult based on the pineal gland or whatever…

Memory
In some ways, both my recent releases—Diversions 1994-1996 and Dutch Tvashar Plumes—were informed and built by my interest in memory. The term ‘memory’ is short for how we as humans encode, store and recall experience. Perhaps the Internet could be seen as the first conglomerated human memory type system? Here is a list of ‘Memory Bias’; it’s interesting to think of these in relation to the idea that you are an autonomous thinking being of free will. Extremophiles
Extremophiles are organisms which live in places previously thought inhospitable to life. In fact, they can

Buckminster Fuller
Primarily thought of as a scientist or thinker, Fuller was more of a polymath—an inventor, architect, designer, philosopher, systems theorist, author. Fuller also worked as a meat packer, and was kicked out of universities for showing a ‘lack of interest’. By the age of 32, his daughter had died and he was a failed businessman, bankrupt, jobless and suicidal. Finally, he chose to embark on “an experiment, to find what a single individual [could] contribute to changing the world and benefiting all humanity.”