Editors' Picks I Was There 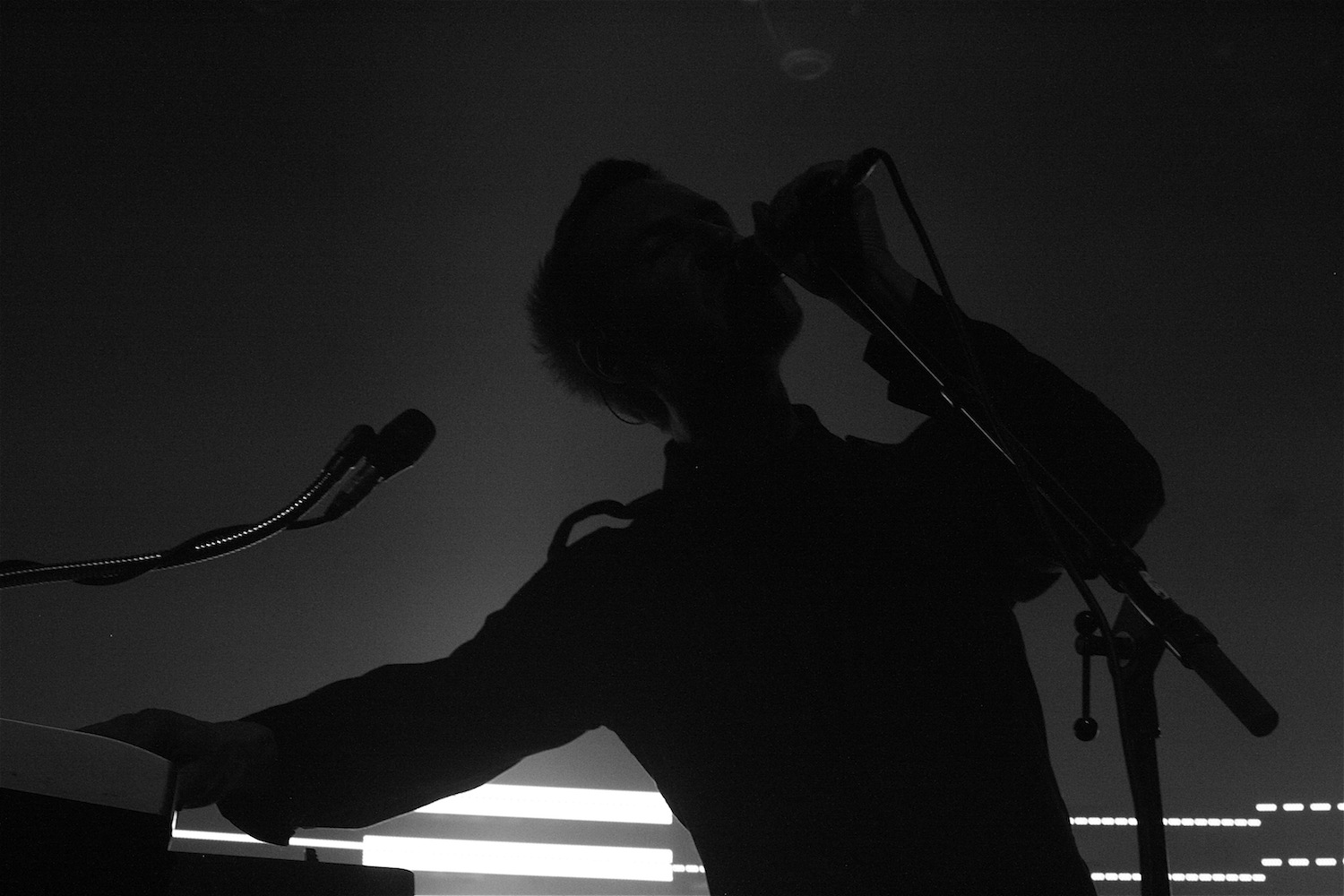 The last time we saw Massive Attack perform one of their sensory overload shows, they did what most politically minded anti-pop stars do—set their mood-destabilizing music against a reality-wracked visual backdrop of civic and social unrest. Trip-hop with a ticker tape of distrust and despair essentially, as curated by the group’s question-everything frontman (Robert Del Naja) and London’s United Visual Artists collective.

Here’s the thing though: depending on your sensitivity to decontextualized headlines and depressing statistics, it’s easy to ignore LED readings about why-we’re-screwed when you’re in a 3,000-capacity venue and surrounded by drunk people who simply want to hear spellbinding singles like “Angel,” “Safe From Harm” and “Unfinished Sympathy.”

The Park Avenue Armory premiere of Massive Attack V Adam Curtis on Saturday night didn’t give its confused but complicit viewers a choice. It made us—to quote one of its many wraparound screens—”The Centre of Everything,” witnesses to the downfall of civilization and the rise of separatism, classism and fear. The seamless fusion of Adam Curtis’ frantic filmmaking—kinetic collages of macerated popcorn movies, chilling newscasts, and closed captioning for the agitprop impaired—and Massive Attack’s flesh-and-blood score—a couple abridged classics (“Karmacoma,” “Safe From Harm”), deafening instrumentals, and choice covers (Bauhaus, Leadbelly, the Jesus and Mary Chain)—doesn’t feel didactic or downright hopeless, however. It’s more like story time for grownups with a prickly sense of deja vu, as if Curtis and Del Naja have made it their life mission to show us how we got here and how we can still get out (relatively) unscathed, scars and all.

Or as one of Curtis’ final shots says, “You can change the world. Now find your own way home.” That may sound cheesy but we can assure you that it’s not in this case, especially when it’s chased by a surprise ‘encore’ that stands as a living, barking reminder of the bed we’ve so willingly made. Whether we choose to actually lie in it is up to us.