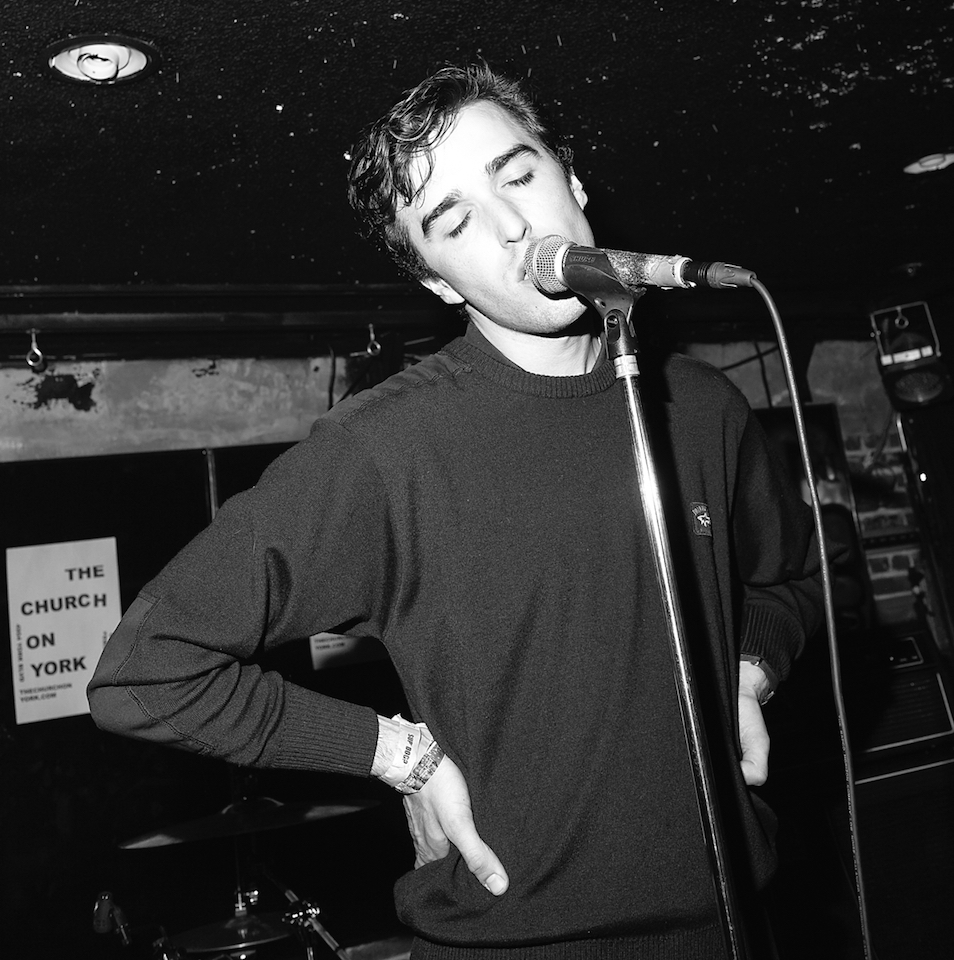 With Lust For Youth’s latest album still three weeks away, frontman Hannes Norrvide has delivered a little side project to tide us all over. Available in a limited vinyl pressing through Posh Isolation today, Norin’s debut LP (Bakom Planteringen) is lovingly described as “the sound of OD’ing in the chill-out room.” Or as Norrvide puts it, “Hakom Planteringen is a soundtrack to my hometown Helsingborg in Sweden, a place I miss when I’m not there and a place I want to leave as soon as possible when I’m there.”

Stream its claustrophobic techno cuts below, along with a complete track-by-track commentary that tries to make sense of its queasy melodies…

“FRAM TILL KÄRNAN”
Kärnan is a 35-meter high tower and is the only remaining building of the old [Helsingborg] fortress. It was built in 1310 and is in the heart of the city. It’s one of the first buildings you see when you’re arriving to city by ferry. I thought this song was good for the opening track because it doesn’t give too much away of what’s to come but introduces the atmosphere of the album.

“PÅFÅGELN”
I recorded all of the songs straight to a 4-track tape recorder, which can be kind of frustrating sometimes because you can’t edit anything really afterwards. For example, on this track the kick drum felt too high in the mix when recording it, but when I listened to it afterwards it sounds like it’s almost swallowed by the magnetic tape; you can’t really hear it. After a couple of retakes and with no improvement whatsoever, I decided to leave it like it was, and I’m happy about it.

“BAKOM PLANTERINGEN”
Helsingborg may seem like a boring and tired small town, but one of the main things that comes to my mind is the aggression and frustration of young men. Back then it was Neo-Nazis chasing you down the streets and throwing bottles after you; today they are probably fighting in the name of their football team.

“SER AURORA FRÅN SOFIERO”
I listened a lot to Drexciya during the time I recorded this album. I wanted make something that sounded like that, but it didn’t.

“SUNDETS PÄRLA”
Helsingborg is the centre of the northern part of western Scania. There is no formal metropolitan area, but the municipality of Helsingborg City and its neighboring five municipalities (within Scania) had in spring of 2013 a population of 269.489 inhabitants at an area of 1.353 square kilometers—a population density of 200 people/km2. This makes Helsingborg the fourth largest population area in Sweden. The city is also Sweden’s closest point to Denmark, with the Danish city Helsingør clearly visible on the other side of the sea; Øresund about 4 km to the west, closer than the city’s remoter areas.