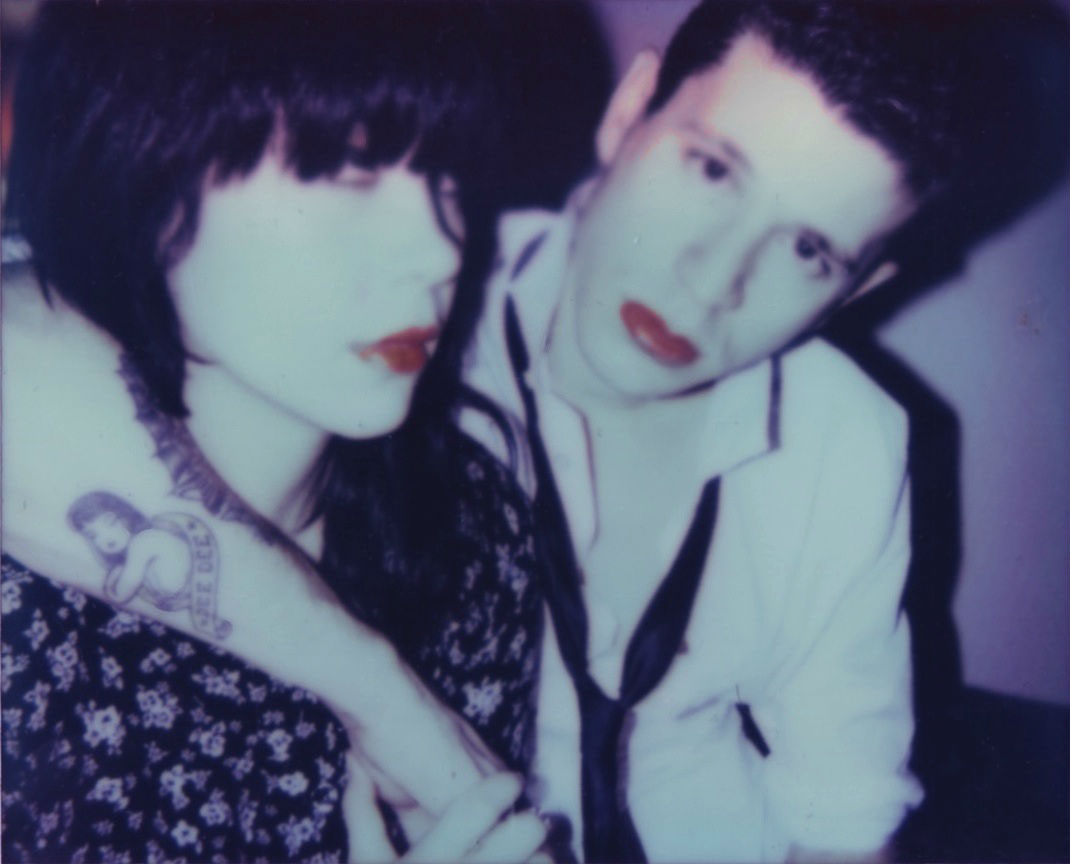 In our quest to provide you with Valentine’s Day content that’d work year round, we asked a former s/t cover star (Dee Dee of the Dum Dum Girls) and her husband, Crocodiles frontman Brandon Welchez, to share a mixtape of songs that have special meaning to their relationship. Not to mention their own music as Haunted Hearts. As expected, their Stoned In Love mix is schmaltz free, and including such priceless liner notes as “in addition to being sexually attracted to Dee Dee, I’m also sexually attracted to Richard Hell.”

1. Gun Club, “Fire of Love”
Dee Dee: We covered this one for the winter Italian tour we did this year as a duo. It’s tough like love.

2. Slade, “Do We Still Do It”
Dee Dee: It reminds me of when we went through a heavy glam period together in our first studio apartment, aka Brandon was obsessively listening to Old New Borrowed and Blue.

3. Soft Boys, “Kingdom of Love”
Dee Dee and Brandon: Any song about the bizarre spiritual kingdom of love is alright by us.

5. Stone Roses, “She Bangs the Drums”
Dee Dee: Brandon first showed me the Stone Roses way back when we were dating. Their first album didn’t leave our turntable the first month he was away on tour.

6. Spiritualized, “Ladies & Gentlemen We’re Floating In Space”
Dee Dee: This was our wedding song, even though we just eloped at the county registrar’s office.

7. Dirty Beaches, “True Blue”
Brandon: It’s a beautiful song, and it’s extra special because we released it on our label Zoo Music.

9. The Cure, “Lovesong”
Dee Dee: Such a perfect ode to love. The words are simple but true, and I relate.

10. Primal Scream, “Love You”
Brandon: Because I went on tour once and I left it on a portable turntable in the kitchen, and when I returned, it wa unplayable ‘cuz Dee Dee had cooked next to it. It was covered in olive oily residue and had little burn marks on it.
Dee Dee: It’s also gorgeous. And I had no idea I ruined the record; he’s never mentioned this before.

11. Velvet Underground, “I Found a Reason”
Brandon: It’s the prettiest song of all time.

12. Leonard Cohen, “Bird on a Wire”
Brandon: It was the first thing we ever recorded together as a couple, way back in 2007.

Previous DOWNLOAD THIS NOW: Drake & The Weeknd, “Crew Love (Shlohmo Remix)”
Next SPOTIFY PLAYLIST: 50 Depressing Songs That’ll Get You Through Valentine’s Day (And the Rest of the Year, For That Matter)