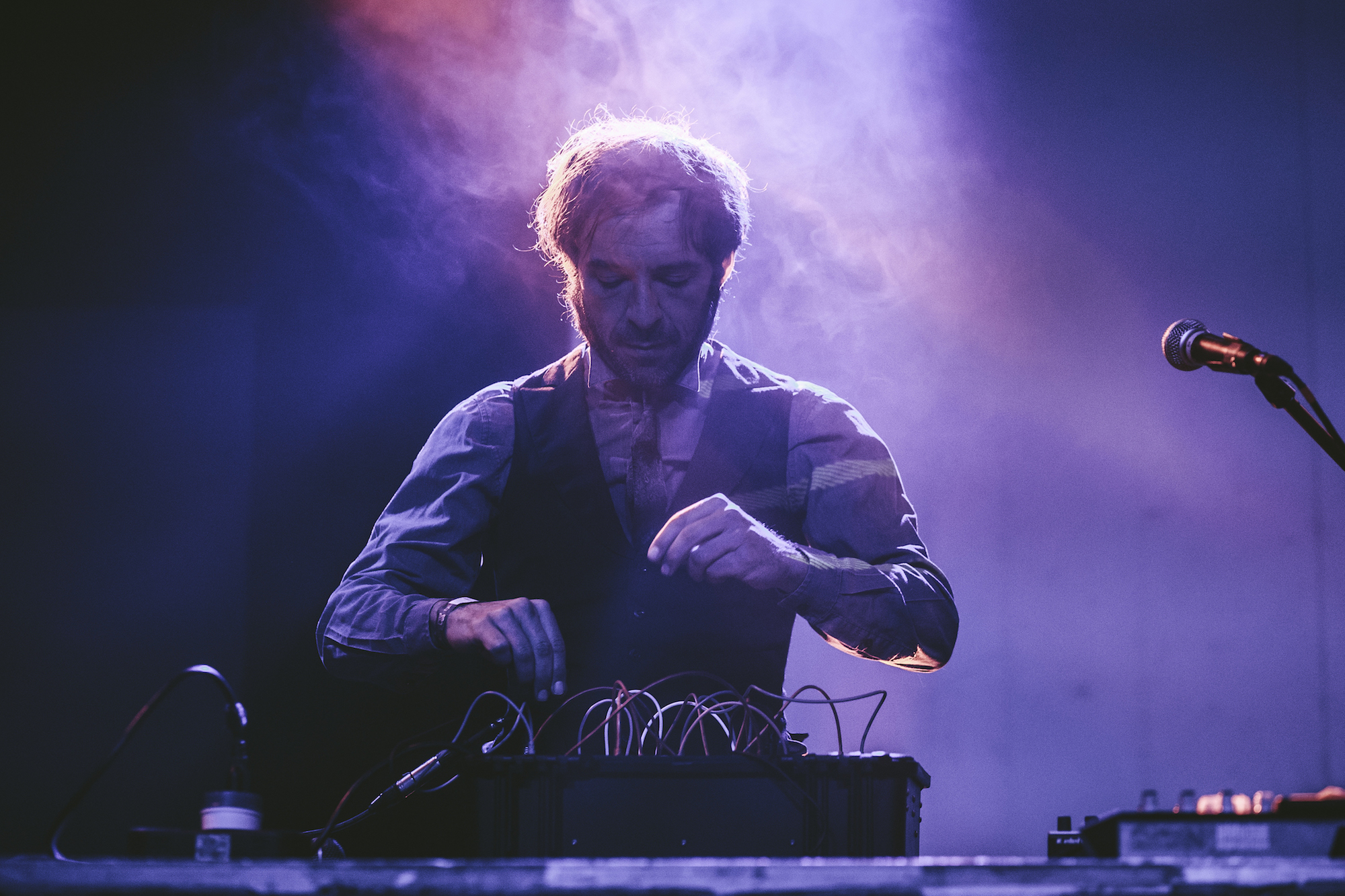 We realized a few key things the other day: (1) self-titled turns 10 this year, which, like any other birthday beyond a certain age, is both humbling and depressing, and (2) we're about to mark the 250th installment of our Needle Exchange mix series. While we're still working out a way to celebrate the former—beyond the brand spanking new site that's now staring back at you—we couldn't think of a better person to bring the NE house down than Daedelus. A favorite of the s/t crew since his Plug Research and Mush days more than a decade ago, Alfred Darlington knows a thing or two about aging gracefully; last month's Taut LP is actually his 19th (19th!) album, and the LA producer is already hard at work on his next one.

Here's what he had to say about all of it, along with a 30-minute "discordant dance" mix that's as dizzying and delightful as Daedelus' sweaty live sets....

Taut is your 19th album. That’s quite an achievement, all things considered. Sorry to start things off with a loaded question, but how do you feel about your role and place in the music industry today, as compared to where your head was at in the early ‘00s?
I feel humbled to be taking part, and taken apart, by this music business. In the aughts, it was a transformation by the erosion of the monopolized market. The years since presented a confusion about if there would even be an industry going forward. Artists like myself snuck in.

I don't think that 2018 allows the same. The Wild West has given way to Westworld. Despite this, I do believe there are opportunities for artists filled with drive and ingenuity. That is what I'd like my continued presence to represent.

Does the rise of streaming make you feel despondent most days since it’s all a little bit out of our hands at this point—a beast that must be fed? Or does the widespread availability of music leave you with hope since it’s an easy way for people to discover new artists in theory?
I adore how music is cheap and ever present, but our ears are being stolen right out from under us. The idea of a gatekeeper-free democratized flow of music is ebbing away, along with many Silcon Valley-esque predictions of solving the problem of music discovery. I think there are bright spots still, be it from diminishing upstart Soundcloud, or persistent Dublab; there will be more unlikely attempts that may yet have an effect against this tide. 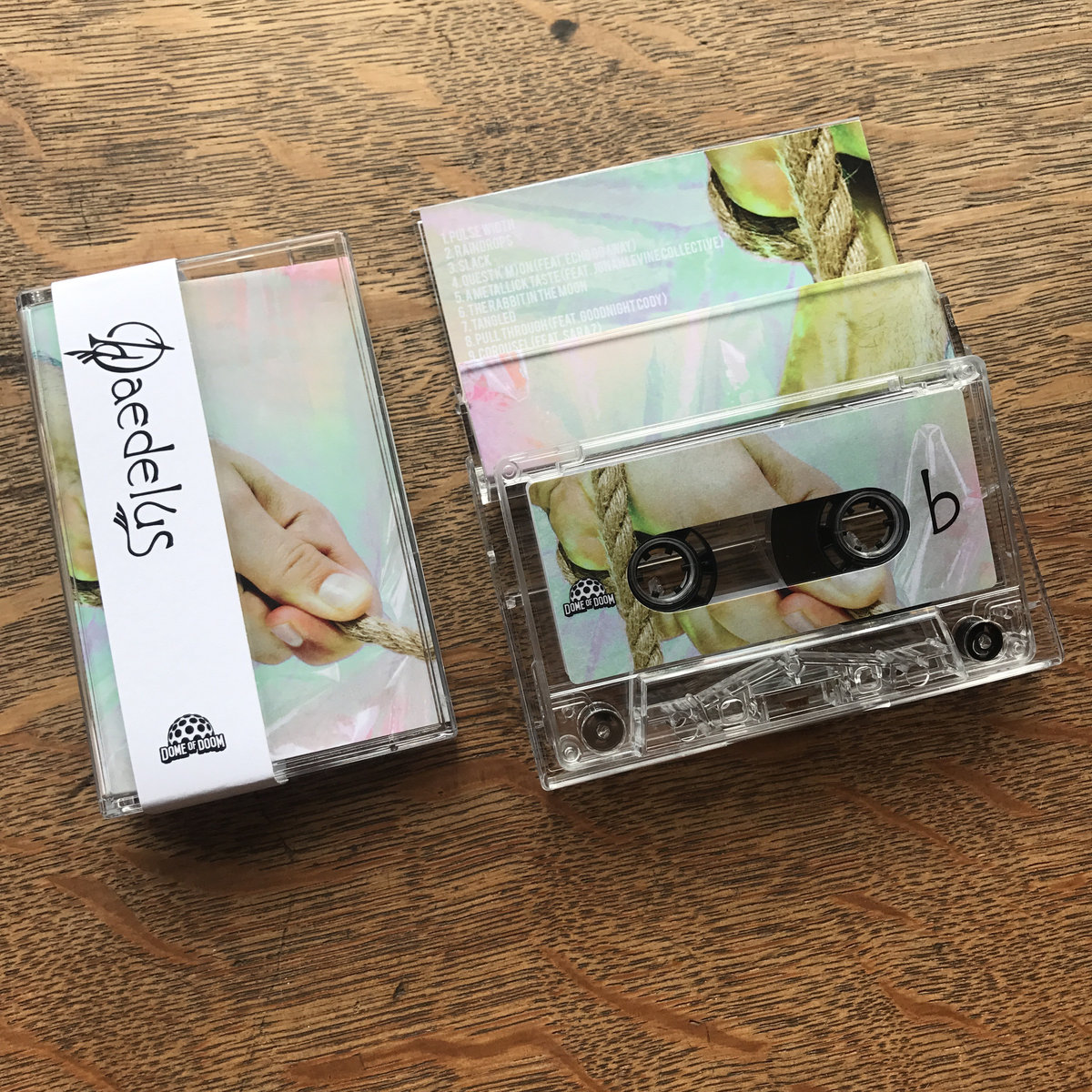 Did you have any goals in mind for Taut in terms of its musical style? Could you save us critics from ourselves and describe its general vibe so people know what to expect?
Only hopes and intention. I describe it as a daytime collection of dance, with jump-for-joy, genre-filled attempts that miss their mark by a mile. Foolishly still stuck on it being a complete listen from top to bottom, but know very few will have patience for such adventure.

Your tracks are largely instrumental, yet they often have an unspoken narrative running through them. Does Taut have a loose storyline guiding it—in your head, at least?
This is one of my few that doesn't stand on an overwhelming conceit. There are plenty of details sown in, and running lines that hop between tracks to be discovered, but I think the titles do most of the tying together. There are buried treasures you don't need to search out unless you want a different reading of the album's tension. I do think the song "Carousel" is worth noting, with it's sublime Sara Z vocal, giving the sole voice on the album.
Can you tell us about your collaborators on it?
A select group of incredible performers who I left to react to the still-forming tracks. Echo Go Away is a member of the Breathing Effect. Jonah Levine leads an ensemble cresting that new Jazz wave. Goodnight Cody is part of Team Supreme. The mentioned Sara Z often songwriter/performer with DJDS and others. A thread of community-driven artists, all woven together by this LA we are born or centered in. I'm in awe of the talent here in this city, and amazed these few had time to spare me. The only outlier is Niels Broos, who isn't from Los Angeles, but put out a bold Alpha Pup EP and has tenuous Brainfeeder ties. He might as well be drinking the same water, though; his name is finding its voice in LA more and more.

What can we expect from your new live show? It sounds pretty ambitious!
I'm a firm believer in being present—in making the visuals physical in the space, and reacting to the architecture that's already there. I'm trying to deliver all that by way of Panoptes—whirling strings that create an illusion of solid spaces, or ghostly apparitions. I created them with Incite*, who have experience in creating fantastic objects, often with a scientific edge. It functions as backdrop and light toy, but is also a metaphor for the whirling music. Can't wait to debut it properly at Sónar!

One thing I always dug about your music is how serious you take the actual process of producing tracks. For instance, Taut is the first record you've cut on Ableton, whereas past ones have used equipment you helped design, analog gear, etc. Was Ableton something you resisted for a while—an 'easy way out' for an old-school head who still loves the tactile feel of records, drum machines, and a sampler?
I've been an advocate in encountering the limitations of studio surroundings with aplomb. Espousing these weaknesses as feature sets to be used as kindling in your inspiration; that is to play into the broken toys, lean on the sticky keys, as shortcut to composition. I was briefly aquatinted with Ableton as this air-tight DAW that didn't handle audio in the ways I was used to. I was being a stick in the mud; ignoring my own advice about embracing the challenges in the studio as my creative impulse. Thank goodness for even glacial change; this record was part of 80+ tracks made learning Ableton's workflow and doggedly chasing after the techniques that populate Taut.

Let’s say someone’s never heard your music before and only has the time / patience to check out five tracks. What should they listen to and why to get a sense of where you’re coming from and how your style has evolved over the years?
This being a 19th LP offering means I have way too much to distill down to 5 critical tracks. Appreciate the nature of your question, but I have epochs, strata, eras. I mean only a contrarian wants their art to be difficult, but if you only have the patience to check out five tracks then just listen to this new album. It's now—immediate. If that convinces you to wade in them, I have a palatial estate for you to get lost in full of labyrinths, stairways that lead nowhere, dungeon levels... album upon album of distinct work that asks its audience to listen again.

What are some younger producers / musicians that make you really excited about LA's music scene and where it's headed in the months and years ahead?
Courteous Family have been pushing a new take on the beat sound, a collective that once again proves there is always another way to twist bass and make rhythms refreshed.