The Sight Below Makes Us a Mix Featuring The Cure, Joy Division, This Mortal Coil and More 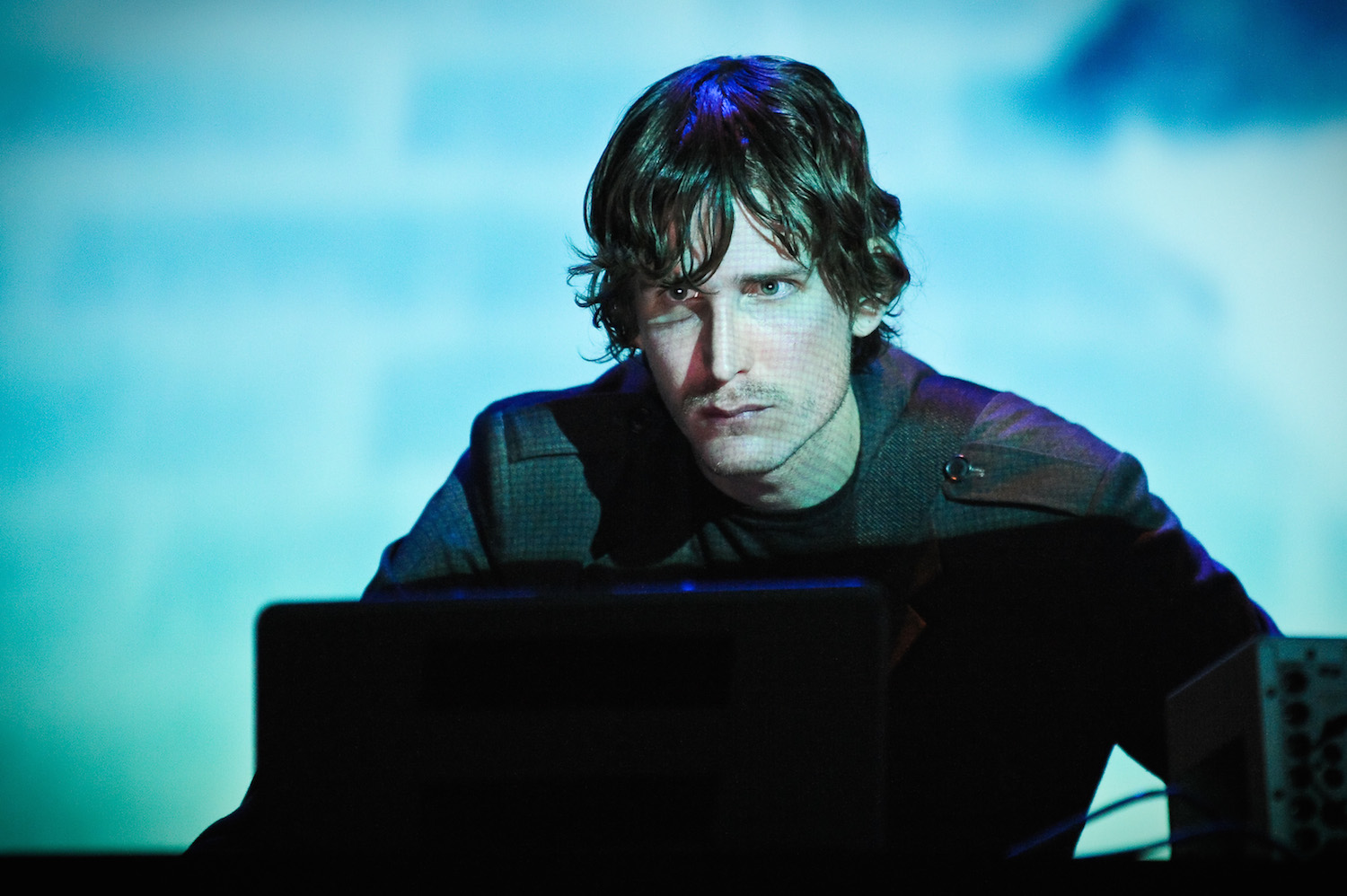 Much like his last LP Glider, The Sight Below’s new It Falls Apart album is a pitch-perfect blend of crisp ambient textures and subtle subterranean techno. It’s got a couple wild cards, though; namely the cross-continental contributions of former Slowdive drummer Simon Scott and a profoundly depressing–in a good way–Joy Division cover (“New Dawn Fades”) that features the vapor trail vocals of Tiny Vipers.

The following Needle Exchange mix is an absolute must-listen if you’re a mopey, mercurial bastard like us, as it involves live blends (snap, crackle, pop vinyl and all) of Joy Division, My Bloody Valentine, This Mortal Coil, the Chameleons…even some early Kraftwerk. The Sight Below’s thoughts on the Cure’s “All Cats Are Grey” pretty much nails it: “[it’s] a very effective cross of acoustic and electronic instruments to create a very powerful feeling, like the world collapsing around you and you couldn’t care less.” True.

1. This Mortal Coil | “Red Rain” | Filigree & Shadow (4AD, 1986)
The concept of This Mortal Coil shouldn’t have worked on paper: putting together an “all-star” band or supergroup. I mean, seriously, supergroups RARELY do anything outstanding. This is one of those rarities. This lovely track is from their 1986 album FIligree & Shadow. I found this vinyl jewel at Amoeba in San Francisco a few years ago and bought it for like $10. Not bad for such a masterpiece!

2. The Durutti Column | “A Sketch For Dawn” | LC (Factory, 1981)
Vini Reilly is perhaps the most underrated musician in the world. This is my favorite Durutti Column song, from the album LC. It is a very simple pop song with fantastic lyrics and hypnotic guitar lines. Very inspirational indeed!

3. The Cure | “All Cats Are Grey” | Faith (Fiction, 1981)
While most people will say Pornography or Disintegration are the best Cure albums ever, I have to always point to this song from their Faith album. I think this is their best work imo. It sounds extremely bleak, cold and detached. The production is perhaps some of the best in their entire career–a very effective cross of acoustic and electronic instruments to create a very powerful feeling, like the world collapsing around you and you couldn’t care less.

4. Joy Division | “The Eternal” | Closer (Factory, 1980)
From Joy Division’s second and final album, released shortly after Ian’s death. This album is even more somber and eerie than the first one. Ian’s death added a new level of mystique to an already bleak album, of course. The copy I have is actually signed by Peter Hook. I met him at a club a few years ago. And of course, me being a fan, dragged all my JD vinyl with me to the show. He was nice and signed them.

6. The Chameleons UK | “I’ll Remember” | Strange Times (Geffen, 1986)
The Chameleons are one of my fav bands of all time. It was hard to pick one song, but I love the production on this track and the guitar sound is a huge inspiration to me. I had the good fortune to see Mark Burgess live many years ago. He played an all acoustic guitar set and played lots of old songs. It was a lovely show, unfortunately there were only 20 people there. Quite heartbreaking, cause the next day fucking Interpol played for a sold out crowd of 1,200. Oh well, the true geniuses always go unnoticed by the masses, perhaps it is what makes them so special!

7. Slowdive | “Shine” | Holding Our Breath (Creation, 1991)
I’ve been listening to Slowdive since I was a teen–they provided a soundtrack for those lonely years. Interestingly enough, I’ve been working with Simon Scott, who was their drummer during this period. Life takes some very strange turns when you least expect it! Simon last year sent me a box full of old (and rare) original pressings of Slowdive vinyl as a present (like from his actual leftover copies). This song is from their Holding Out Breath 12-inch EP, which was released shortly before the Just For A Day album on Creation. It was later remixed by Locust (aka Mark Van Hoen) and released as part of the shoegaze friendly soundtrack to the Slendor film, but that’s another story, hehehe.

8. My Bloody Valentine | “Lose My Breath” | Isn’t Anything (Creation, 1988)
The first time I heard MBV it was one of those life-defining moments. Not only did it change the way I play the guitar, but it also
re-contextualized the way I viewed music in general. I remember listening to “Only Shallow” (Loveless) and thinking: “I do not know what makes that elephant sound, but I want to play that!” This track is from their earlier album, Isn’t Anything. It’s amazing the amount of electronic artists I’ve met that have mentioned MBV as an influence. Perhaps they didn’t sell too many copies when it was released, but everybody who bought a copy of their albums started to make music. Now THAT’s quite something!

9. Kraftwerk | “Ananas Symphonie” | Ralf Und Florian (Phillips, 1973)
This track off their third album is quite outstanding. Way ahead of their time! I’ve always wondered what Kraftwerk would have sounded like if they had followed this guitar-centric direction…proto-shoegaze?

10. Talk Talk | “Ascension Day” | Laughing Stock (Vertigo, 1991)
This track is from Talk Talk’s fifth and final studio album (and their masterpiece imo).This album is like the post-rock bible. “Ascension Day” is an incredibly lovely song, with great dynamics, production and sounds. Ironically, like everything that’s great, it was virtually ignored when released in 1991.

Previous MOVIES FOR THE BLIND: Cage Cheers For a ‘Baby-Stealing Psycho’, Uncovers a ‘Kubrick Film On Crack In Another Language’
Next 1MM: Atoms For Peace & Flying Lotus @ Roseland Ballroom