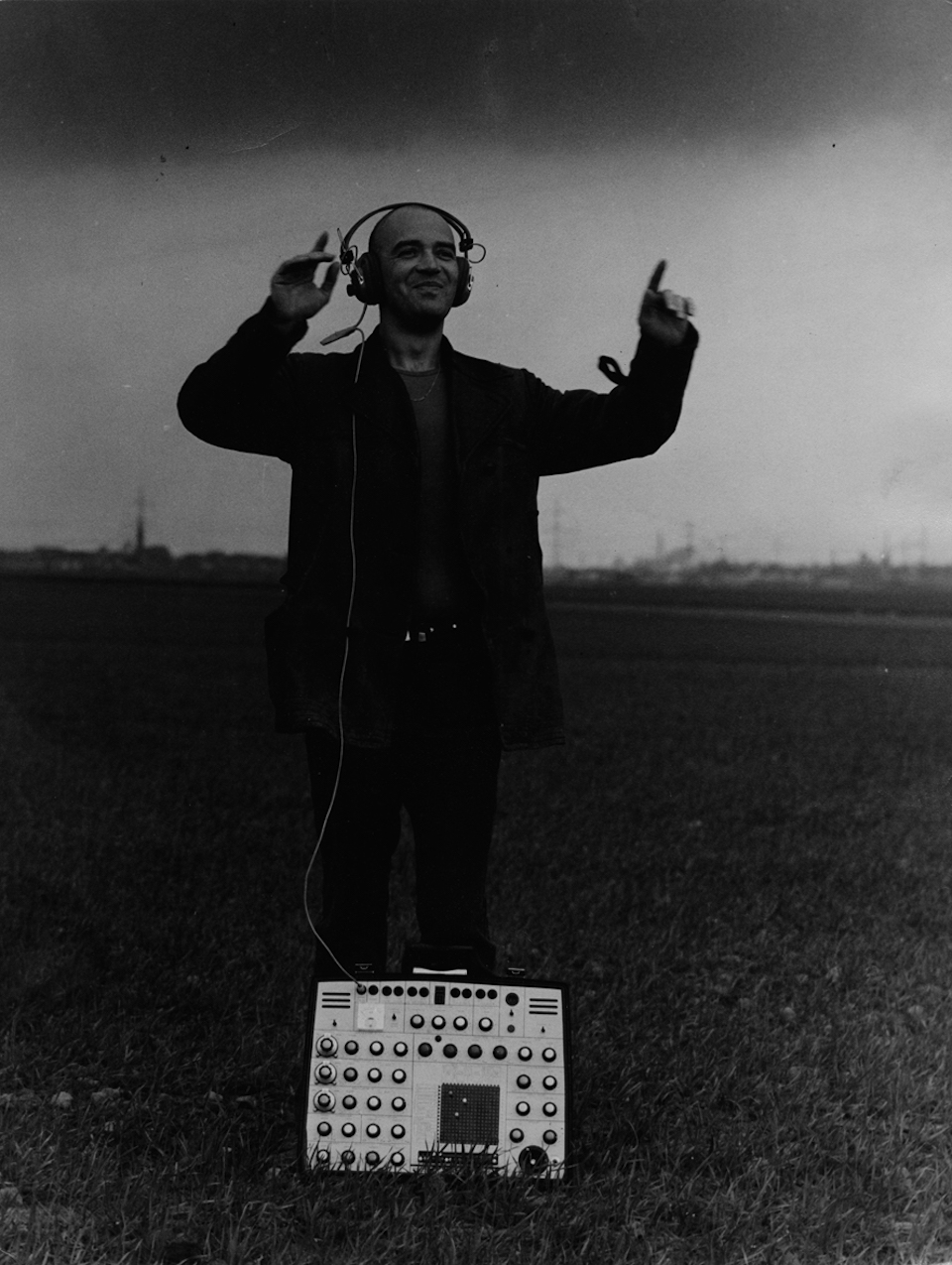 In honor of Conrad Schnitzler’s passing last month, we asked Forma–one of the most promising new acts on Edition Mego’s synth-driven Spectrum Spools imprint–to deliver a proper tribute to the Krautrock/kosmische icon. Check out the Brooklyn trio’s exclusive mixtape below, along with some commentary from band member George Bennett…

It would be an act of futility to try to pin down the extent of Conrad Schnitzler’s influence on Krautrock/kosmische music here, or to represent the diversity and depth of his creative output in a single mix. For this occasion, I found myself gravitating toward Schnitzler’s more pop-orientated inclinations of the early ’80s, haunted as they are with abrasive vocal mutations, robotic monotony, and a general sense of foreboding. To allow us some breathing room, I’ve stepped back a few years to the relative warmth of Con and finally, to the eerie bliss of early Tangerine Dream.

I’ll remember Conrad Schnitzler much as many of us will: first, for his unrelenting eccentricity, which was as endearing to his listeners as it was alienating to his collaborators. But moreso for his role as a chemical catalyst; as an agent of undeniable, historic breakthroughs in creativity.

Previous FREE ASSOCIATION: Stream Roll the Dice’s ‘In Dust’ Album and Read Their Track-By-Track Commentary
Next LONG PLAYER OF THE DAY: The Field, ‘Looping State of Mind’