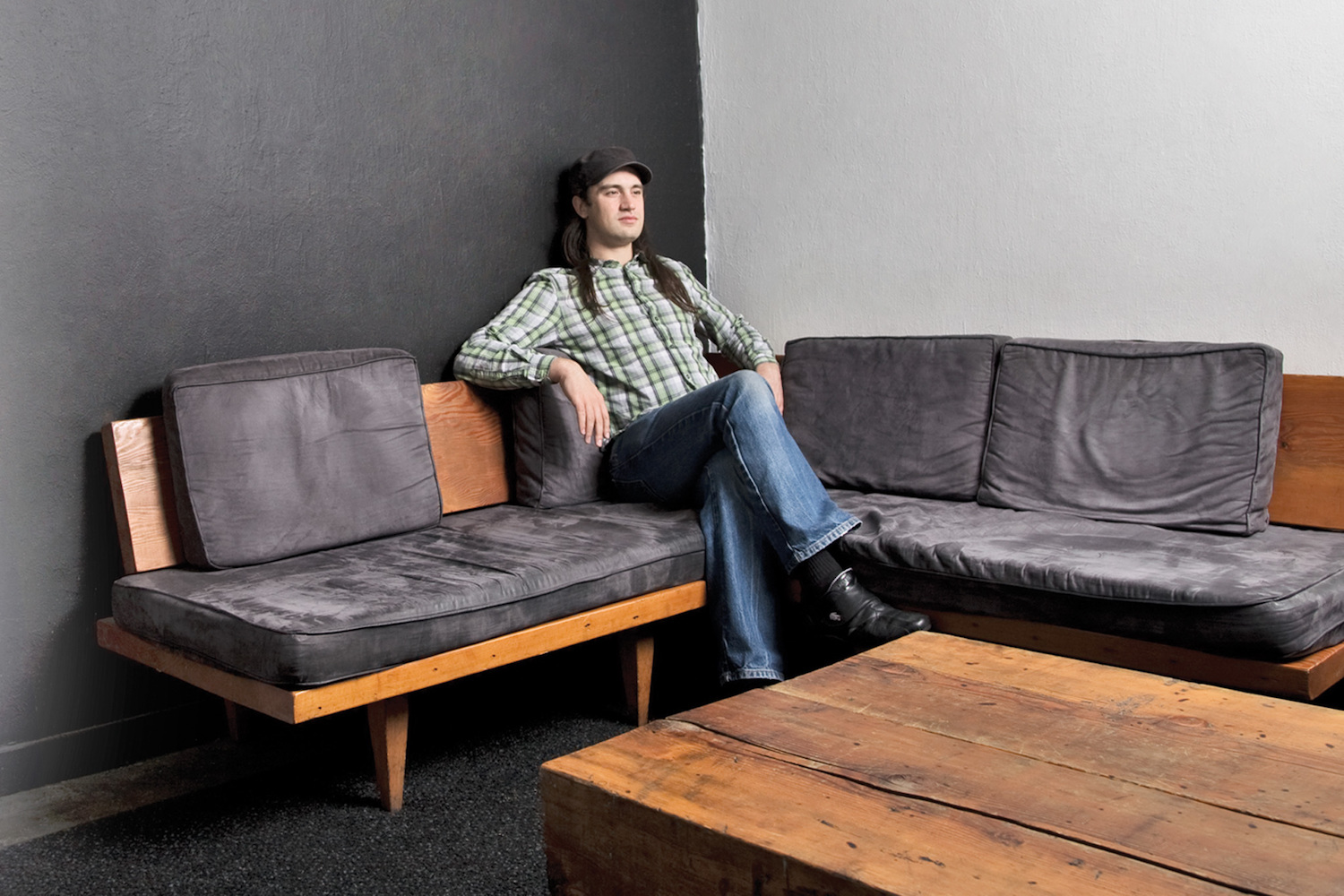 There’s a lot on this mix that has commanded my attention recently and has translated into concerns in my own music. In the last year, I’ve mainly been interested in real oddball takes on musique concrete (the extremely rough Schaffer track and the Akos Rozmann track) and classical electronic music (Guy Riebel). I’ve also been digging into a lot of electronic dance music (Zomby, Traxman, etc.) and hip-hop (mostly not included, but you can count Death Grips to some degree) in the last year or two. Everything is represented on here.

A lot of this stuff is new or newly reissued so if you like it, you can probably track it down for not too much $$$. There are a few old favorites on here. “Positron Island” by Drexciya was on the first UR 12″ I bought back in 1997 at a record shop in Seattle. “None Dare Call It Conspiracy” is on a Mark Stewart LP that was very important to the early development of Yellow Swans. Loop has been a favorite rock band of mine since I was in an early iteration of Silentist when I was 20, and was passed a copy of Fade Out by Mark Burden. That band also included Johnny Jewel, who passed on a copy of Gate’s album, Metric. “All” is very far from the demolished rock of Metric, but remains totally engaging and vital work from a dude I’ve been listening to for ages. I’ve admired Jason Lescalleet’s work for a long time as well, and his new album Songs About Nothing does not disappoint in the slightest.

I also included a few more recent tracks of mine…. There’s “Punk Authority”, which was featured on the Go For the Gold tape box; “Pro Style” that’s on a 12” that’s coming out in September on Type; and a Beer Damage track, which is my band with Brian Sullivan from Mouthus. “DT Smoothies” is going to be on a CD-R on John Wiese’s Tape Room label.

The mix ends with two tracks that I associate with Graham Lambkin’s work. The Sandstone song was prominently featured in a performance that he did with C Spencer Yeh earlier this year and The Seasons reminds me of Shadow Ring despite predating Lambkin’s band by a few decades.

Pete Swanson’s latest slice of tortured techno, a 12” split with Mike Shiflet, is available next Tuesday through Amish Records.