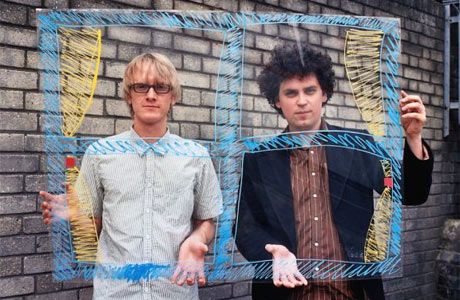 Simian Mobile Disco have been selected for the sixth installment of Nike‘s “Original Run” series. (Previous contributors have included A-Trak, Aesop Rock and the Crystal Method. LCD Soundsystem also lent their “45:33” track to Nike in 2006.) Urb.com has an exclusive five-minute edit of the duo’s track here. From the sound of said stream, it appears that ACIDDDDD is indeed back to bump electro DJs off hipster-approved dancefloors.

As for details on the release date of SMD’s contribution, we don’t know much right now other than that it’s probably coming out this fall.

Previous PEEP SHOW: …Trail of Dead, the Documentary
Next BUY IT, BURN IT, SKIP IT: Bloc Party, Tussle, The Verve