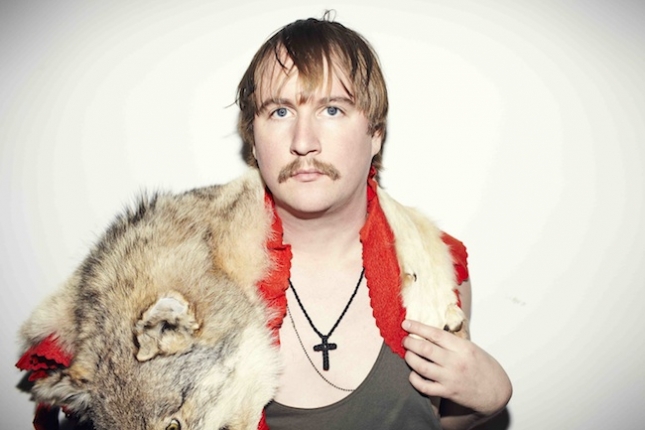 Hot on the heels of The Bug’s all-too-brief North American tour comes news that Kevin Martin’s other main project–the tortured dub trio King Midas Sound–has signed to Ninja Tune and will release a new 12” single (“Aroo”) on Record Store Day, with plans in place for a proper LP later this year. The group will also perform live at London’s Rough Trade East shop on April 20th.

In other Ninja Tune news, the label revealed another signing right in the middle of its recent SXSW showcase: Machinedrum, who agreed to a four-album deal starting with a record sometime this summer.

“I’ve always been into Ninja Tune,” the producer told Billboard. “I’ve always respected their focus on more of a hip-hop and drum ‘n’ bass kind of world, which is the reason I started Machinedrum in the first place. I was trying to explore the relationship between hip-hop and faster tempos of jungle. I got the sense that they really wanted to help me break into the next level and were going to give me a lot of freedom and help me to come into my own as an artist and not just an electronic musician.”

“He fits in particularly well because he’s an experimental electronic artist and that’s one of our key principles,” added Ninja Tune manager Peter Quicke. â€œNot just that, he’s unmistakably precise and prolific–just a brilliant producer. I think we’ll see him producing records for all sorts of people, not just for us but for big stars and pop artists.”

Before Travis Stewart can get around to that, he’s got another Sepalcure EP to push on Hotflush. Check out the April release’s lead single below: