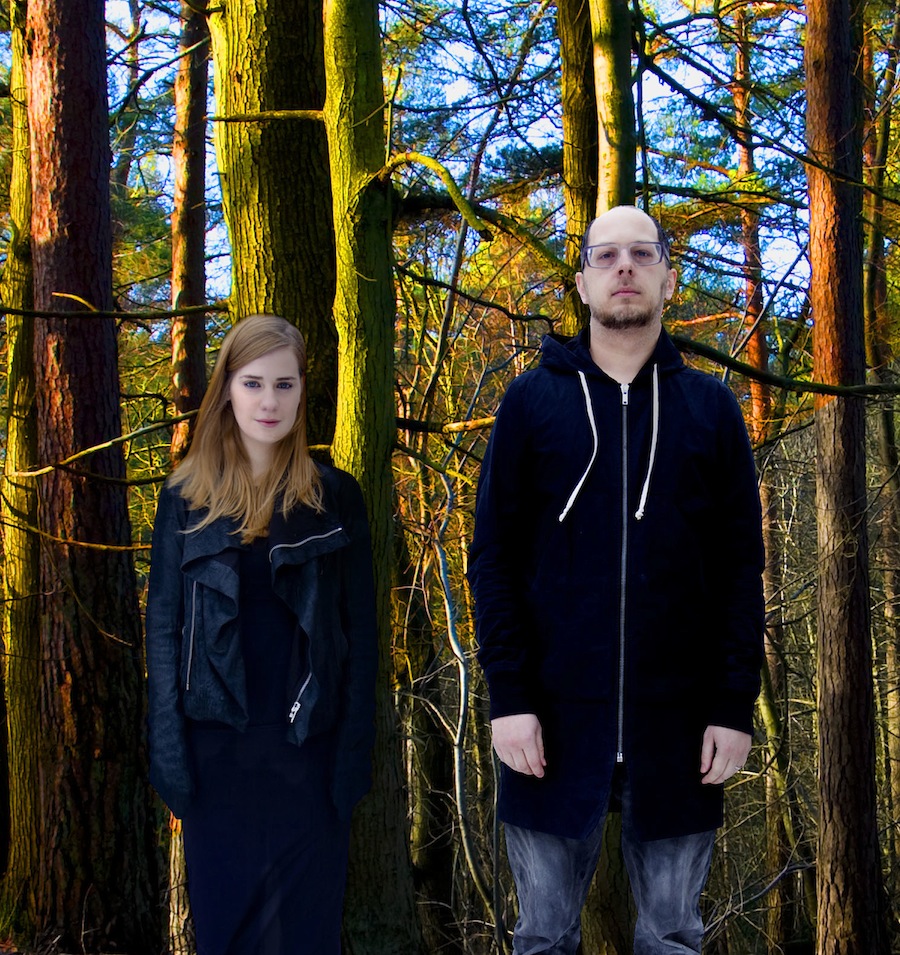 After years of worrying about other people’s records on his own Planet Mu imprint, Mike Paradinas seems determined to make up for lost time with lots of new music in the coming months. Up first, now that the label’s 300th release–a limited double LP of long-lost µ-Ziq tracks–is out of the way: Love & Devotion, the debut album from Heterotic, Paradinas’ airy/atmospheric project with his partner Lara Rix-Martin. Split evenly between neon-bathed instrumentals and compelling vocal collaborations alongside Nick Talbot of Gravenhurst, it’s best summed up by the knee-weakening synths and moody piano-house melodies of “Blue Lights.”

Here’s what director Rand Rosenberg had to say about its video, which features foggy Super 8 footage from the past four years:

My visuals in â€œBlue Lightsâ€ journey between a drive-by experience of the modern American urban/pastoral landscapes, and the memories of an unseen driver. Part landscape meditation, part hallucinogenic film experimentation, the images probe the nightlight beauty of McDonald’s, Prada and Lottery logos, then explore the idyllic Midwest, interpreting the conflict between the corporate landscape and the nostalgic ideals we move through everyday. The dark images in the final shots reflect a personal experience, a rare moment when chance, violence and drama unexpectedly explode into the mundane of daily life.

Check out our exclusive premiere below, along with a Paradinas interview that address his other 2013 albums…

self-titled: How did you end up meeting Nick, and when did you start working together?
We were introduced by Marcus, who handles Planet Mu’s UK press and knows Nick because he used to work for Warp. After hearing the first lot of Heterotic tracks we produced and hearing that we wanted a vocalist, he suggested Gravenhurst and we thought it was a good idea. We first met Nick when he travelled down from Bristol to Brighton to stay with us in 2011; this was probably after we had already completed two or three of the collaborative tracks.

Describe your process for a typical Heterotic track.
We use Apple’s Logic program in bed, so it’s usually a process of handing the laptop to each other while we fiddle about with rhythms and melodies until a track is done.

What’s your favorite piece of musical equipment?
That would be our MacBook Pros. That’s all we’ve ever used.

What do you see as the reference points for this album?
Shanice, Bros, SWV, Heaven 17, Fleetwood Mac, Kuedo.

Do you have plans to do live shows ?
We have a show at the Planet Mu night in London on the 25th of May; Nick will be performing with us. Probably the last one for a while since we are having a baby imminently.

Generally speaking, the album seems quite happy in tone. What makes you happy?
Having somewhere to live, the love of someone you respect, freedom…

We’ve heard there’s a second album in the wings; can you tell us about it?
Yeah, we have done a lot of tracks with the French singer/producer Vezelay (Matthieu Le Berre). They were originally going to be on the first album, but we thought they didn’t fit with the atmosphere of the Gravenhurst tracks stylistically. Some are much more blissful/happy; others go a bit darker…you can hear some of the tracks on mixes we’ve done. Search Heterotic on SoundCloud and Mixcloud.

What’s the last thing you read?
Apart from this question? Philip K. Dick’s Valis; he really was batshit crazy.

Last movie you saw?
The Croods with my 11-year-old son.

What’s next for you?
I have some µ-Ziq releases on the way–an EP called XTEP and an album called Chewed Corners this summer.