ØxØ Discuss the Big, Post-Digital Ideas Behind Their Debut EP 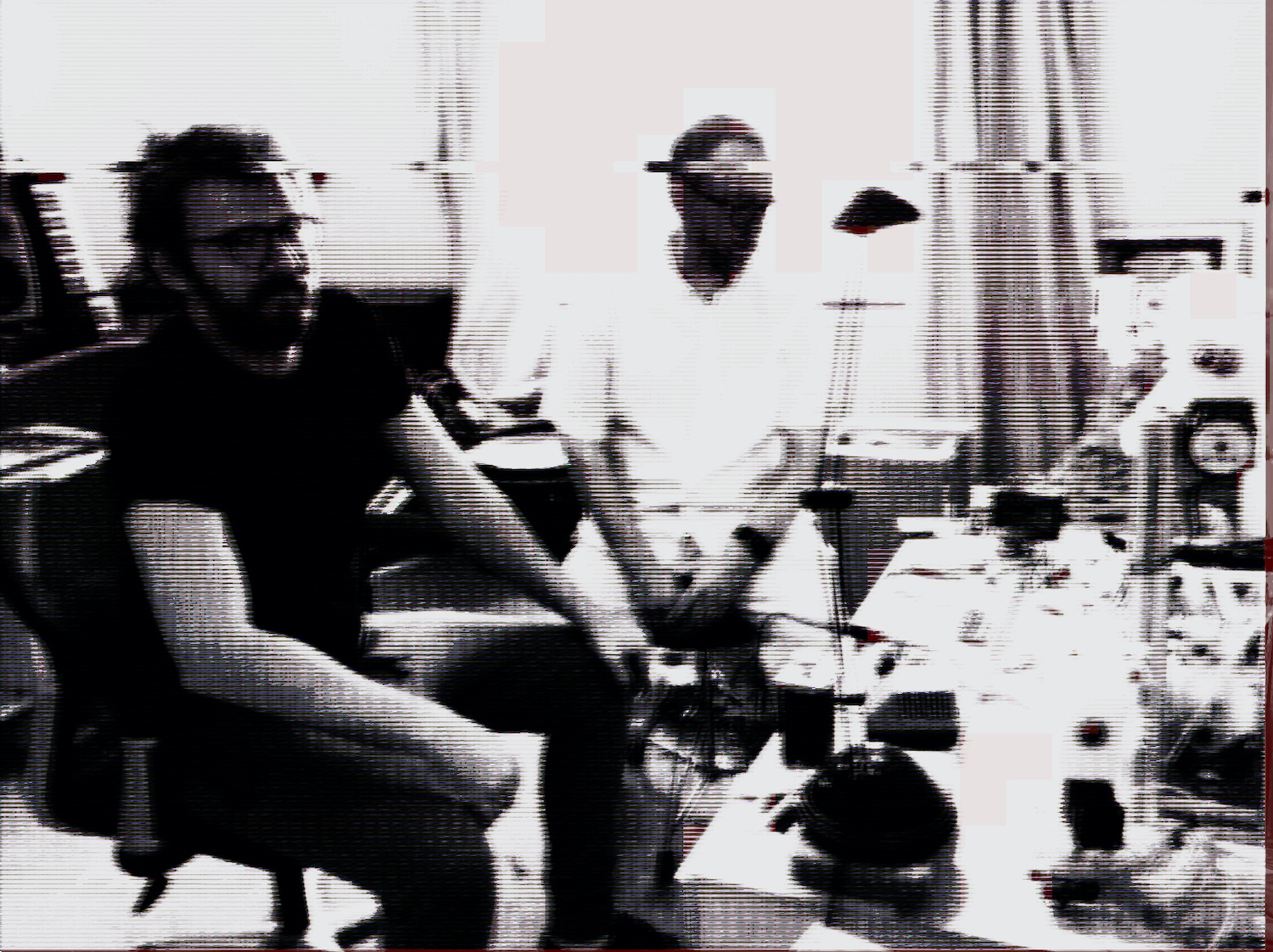 As ØxØ, what was really crucial for us was to return to the importance of ideas. We believe that we live in a time that has a new potential for thinking. Maybe it had to get really dumb first — just take a look at the political situation — but we think the time is ripe for a renaissance of intellectual thought.

I’ve long lamented the loss of the golden age of music journalism, represented by Melody Maker, NME, and Sounds — particularly the writers Simon Reynolds and Everett True. Our Mythologies EP (available now on Truant Recordings) is, in some sense, a callback to those times, both in terms of trying to explore its sonic possibilities and a wider context of the ideas of our times. 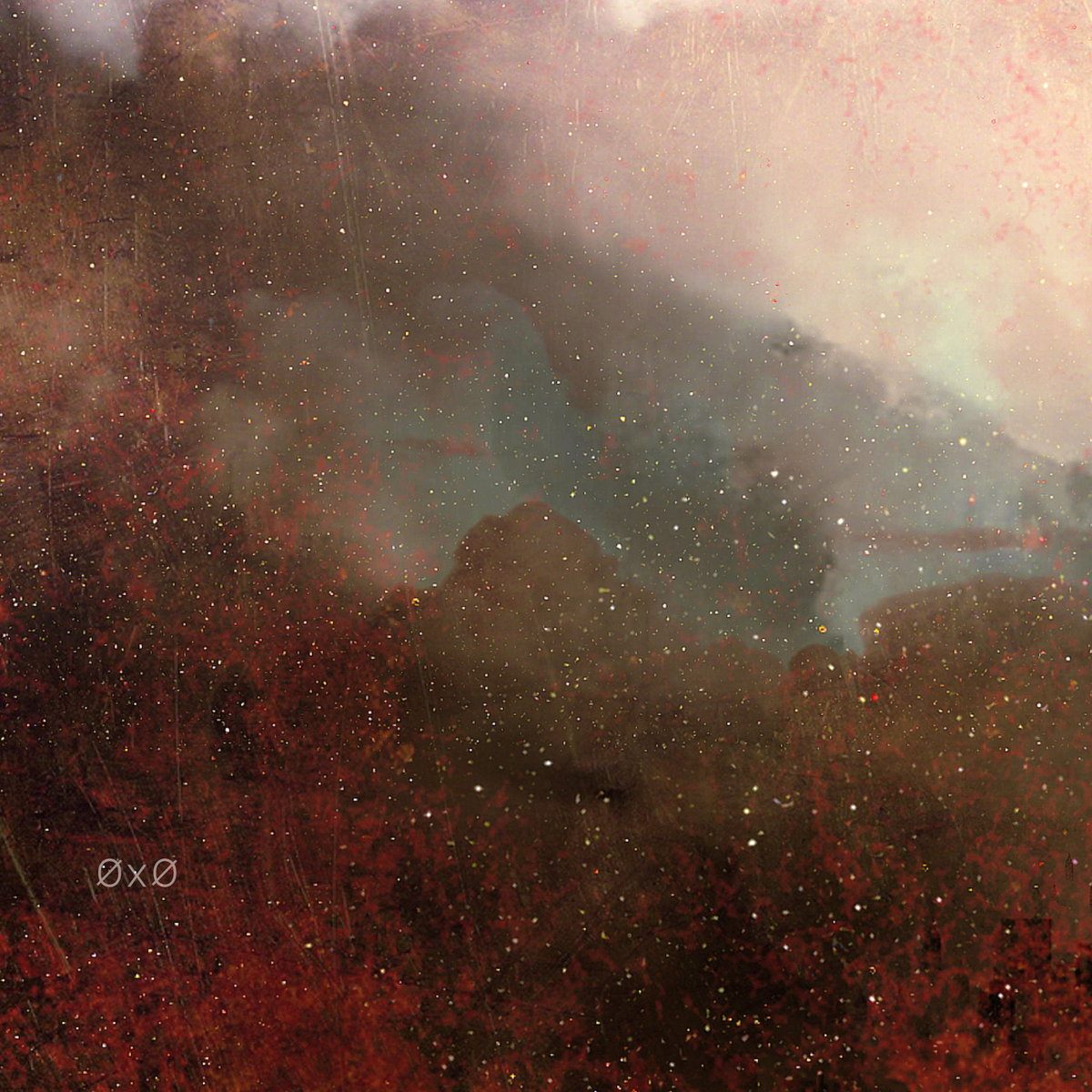 Barney and I originally got together because of our shared interest in coffee and IDM (thanks to the Brighton cafe Ground Coffee, which was a regular hangout of ours). From this, we began talking about how the idea of the concept album hadn’t been fully explored. Our first idea was to sonify Hegel, which sounds crazy, but actually makes a lot of sense when you realize that his style of writing was influenced by the rise of the sonata form. (Music has been a great influence on philosophy. Take Deleuze’s comment that you should read Thousand Plateaus as if listening to an album, for example.) But we continued to hunt around for a suitable medium to express our desire to work on ideas and music together.

Coincidentally, as a result of a recent research project, I was commissioned to work on a sonic installation about how the digital age was changing knowledge, so it was natural to ask Barney to collaborate on the project. We had already explored some small music projects, but hadn’t yet found something we could both really dig into. The end result was what is now known as Mythologies — a real learning process in terms of working together, on both a sonic and theoretical level.

We wanted to start with something small and self-contained, and the EP format is perfect for this, testing both our ideas and our ability to work together. Originally conceived as a sonic installation, rather than a distributed EP, the idea was to place the listener in a conceptual sonic landscape, probably using an octophonic speaker system, but a chance encounter with Truant led to them showing enthusiasm for the ideas and sounds we were working with. This led to a change in the direction of the project, and hence to a return to the studio. 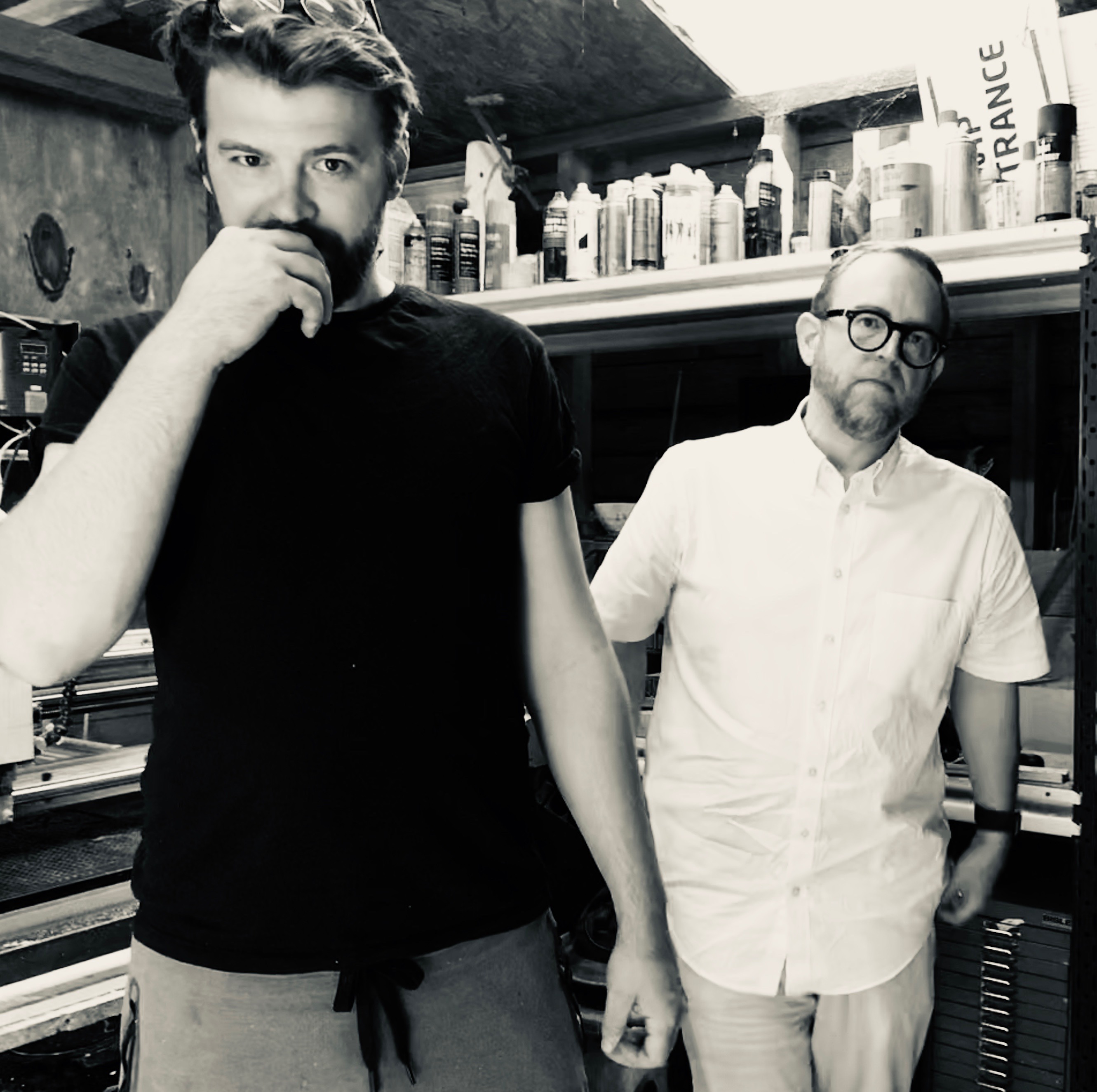 This was quite a painful reorientation, as installations can be quite, shall we say, laissez-faire about the organization of the project; our tracks were ambitious and disorganized to say the least. Returning to the music — made up of over 60 separate tracks each, with tons of effects on each sound — was a complex and difficult task. The unpicking and reassembling exercise wasn’t helped by the extremely underpowered nature of our laptops (Barney’s hard drive was literally held together by sticky tape) and made for a painful mixing process. (Truant are also demanding critics, which we really admire about the label.) But we discovered a great collaborative ethos and a really productive way of working together through this project which we think comes out in the final EP. So much so that we are now working on new material which we are very excited about.

With Mythologies, we ask how people can know what computational infrastructures are doing to us. More to the point, how can we have any confidence that their effects on our minds are positive rather than negative? Certainly, it is the case that digital infrastructures combined with spatial and temporal organisation create forms of digitally-enabled structure that serve to change the cognitive capacity of humans. As far back as 1981, Steve Jobs, then CEO of Apple, famously called computers “Bicycles for the Mind”, implying that they augmented the cognitive capacities of the user, making them faster, sharper and more knowledgeable. He argued, when humans “created the bicycle, [they] created a tool that amplified an inherent ability…. The Apple personal computer is a 21st century bicycle if you will, because it’s a tool that can amplify a certain part of our inherent intelligence…. [It] can distribute intelligence to where it’s needed.”

We’ve also read a lot of Nicholas Carr, who has a lot to say on the subject, such as the following passage from a piece in The Atlantic:

Over the past few years I’ve had an uncomfortable sense that someone, or something, has been tinkering with my brain, remapping the neural circuitry, reprogramming the memory. My mind isn’t going — so far as I can tell — but it’s changing. I’m not thinking the way I used to think.

With this EP we argue that there is an urgent need to grasp the complexities of the algorithmic life that surrounds us and that, if we are not careful, will usher in an “Automatic Society” where our ability to think is literally automated away. Computers are no longer bicycles for the mind, but iron cages within which we become trapped, surveilled by our new software masters with code that thinks faster than us, overtaking our ability to be ourselves. The EP traces this development through a reflection on the way in which humans are connected to their environment through technology.

We originally conceived the music to form a triptych, with “Edge,” “Core,” and “Cloud” tracing the historical development of technology and thought in a dialectical interplay. “Edge,” which sets the scene from the early 19th century, represents the industrial revolution, with mechanical processes replacing labor, and a new milieu for human life in urban environments.

“Core,” the subject of the above video by Amir B. Ash, traces the movement over the course of the 20th century from the industrial to the informational mode of economy, with communications becoming ever more important, and culminating in the rise of the digital computer and the network, or rhizome. This is the key issue we wanted to examine in the video, which takes as its starting point the notion of the rhizome, which you can see represented visually as root-like structures, and the importance of networks in today’s societies.

Finally, “Cloud” examines the present and future condition of highly automated digital life, with the rise of intelligent machines and the informational becoming the absolute core of the economy and social life.

The fourth track — which sits transcendentally above this triptych — reflects on the shift in mythologies that govern life, providing easy answers to questions from a discontented population so that they do not challenge the existing power structures. The move from industrial to informational, to our contemporary condition as post-digital societies, is not marked in a move away from the mythologies which inform everyday life; rather their intensification and deeper penetration into our minds through computer technology, social media, and the rapid flows of information. 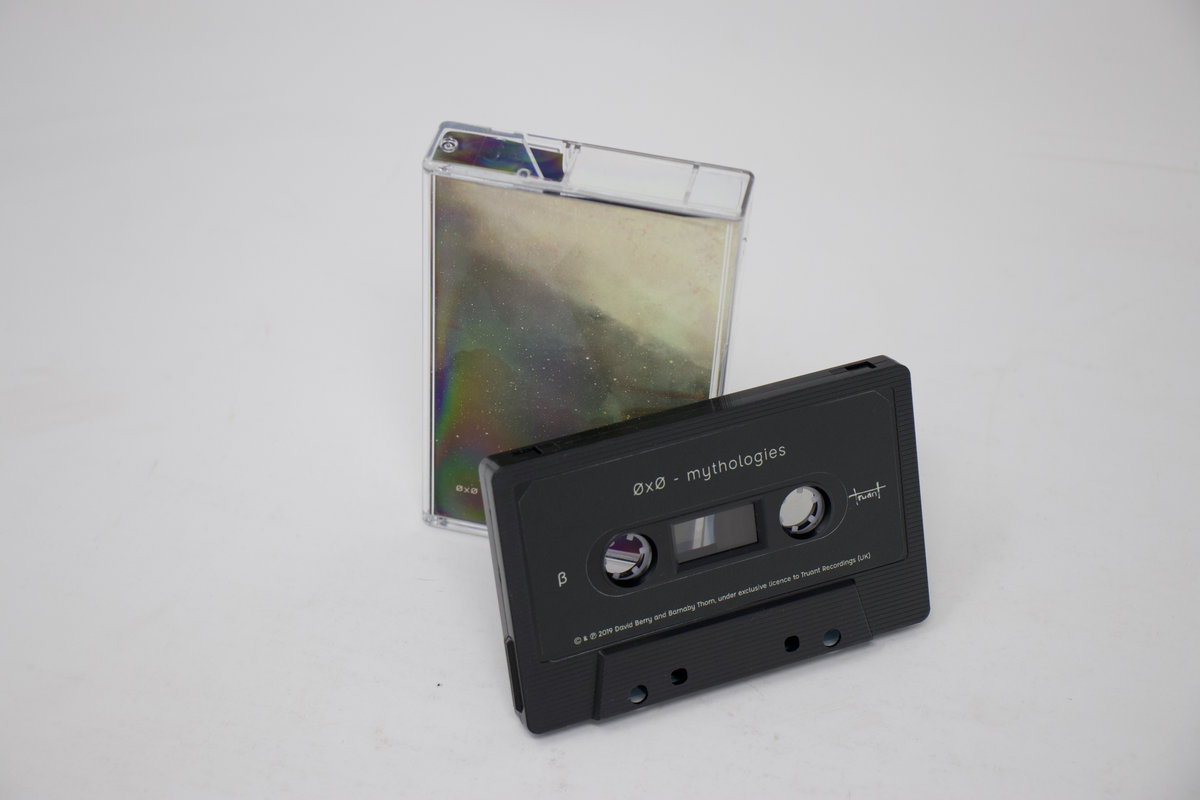 We sent the physical tape cassette of the EP to Wolfgang Ernst, a Media Theory professor at the Institut für Musik und Medienwissenschaft at Humboldt University in Berlin. He was impressed with the project and wrote the following in an article for Headphone Commute:

The ‘physical’ edition of ‘Mythologies’ turns the critical analysis of the contemporary media condition — which David Berry and Barnaby Thorn make in the accompanying text ‘Reflections of a Damaged Life’ — into a material argument. Nothing can be a better comment on ‘cloud’ computing, and the algorithmicized daily environment, than the ‘hardware irony’ of a recording of sonic signals on analogue tape.

Previous Anne Müller’s
Favorite Cello Pieces
Next Richard Fearless On…
The Songs That Shaped Him,
From Bauhaus to the Bee Gees