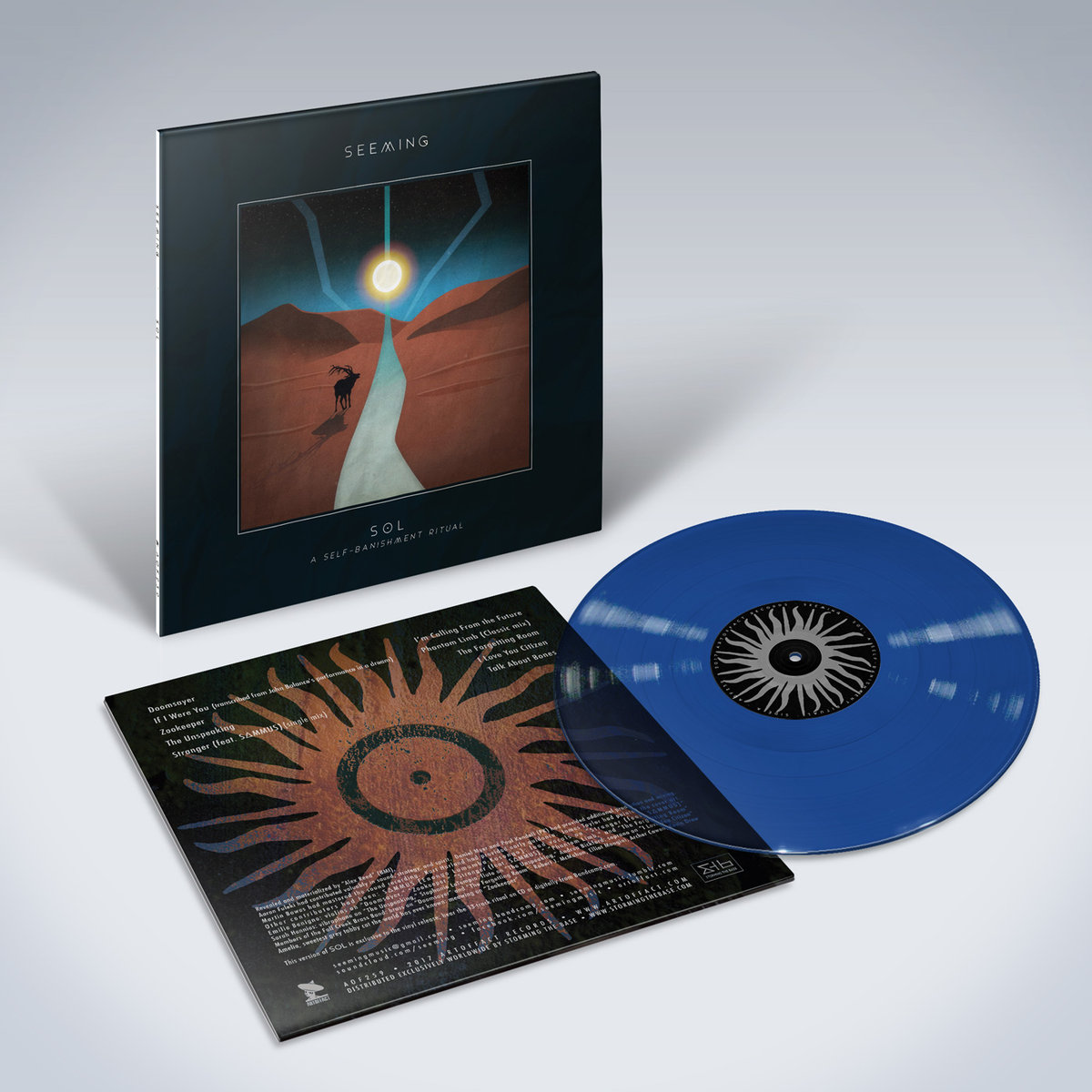 Considering he’s taught punk rock and pop classes at NYU, and once wrote a 400-page survey of industrial music, it goes without saying that Alex Reed knows more than most of us about, well, everything. Did we mention he’s also an accomplished musician with a cult following that started to gain some ground back in the late ’90s? (See: the electro-punk act ThouShaltNot.)

Well that’s been the story so far, and it’s about to get even more complicated with next month’s SOL album. Due out August 5th through Artoffact, the effort is the latest post-everything LP from Reed’s Seeming project. And guess what? Merzbow’s on a track we’re proud to premiere below, disrupting your Summer Friday plans with the best of ’em. Take it away, Alex….

“At the Road’s End” is a funk march. It’s a commandment to go past the limits that you make for yourself and that the world makes for you. It’s about uncharted territory. The idea that keeps coming back is “straight on into wilderness, forward into darkness”; it’s a refrain I tell myself all the time. The idea of darkness isn’t some cheesy gothic sense of evil, but it’s the unknown—the stuff that’s beyond human. And the song itself really reflects this journey—it’s in four parts and at a few points you can hear it break through a wall or push through some valley of thorns.

And at the end, it’s not some easy, joyful reward, but a totalizing mass of noise. That’s Merzbow’s part. Because of my interest in jazz and funk, I wanted to close the song (and the album) with a virtuosic solo, but it didn’t feel heavy enough to use something like a saxophone. It hit me that Masami is the world’s foremost noise virtuoso, so I got in touch, and we have a lot of ideas in common when it comes to animal rights and the importance of noise (even if I’m not a straight-up noise musician). So he delivered an amazing final movement to the song—really teeth-clenching. The message wouldn’t really work if it weren’t for his massive contribution.

Previous Ben Frost Returns With New EP, the First Taste of His Recent Steve Albini Sessions
Next Stream the Latest Single in The Tablets’ Flexi-Disc Series For Mon Amie Records