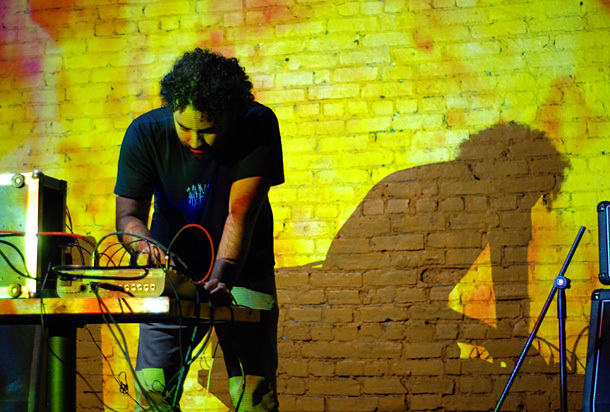 Of all the scare tactics we’ve seen on news segments over the years, Oklahoma’s recent i-Dosing “report” (see below) has to be one of the most disturbing, if only for the fact that it proves how insanely stupid/irrational our fellow Americans are. As in more idiotic than you could ever imagine, enough to make you wonder if you’re watching a bad Saturday Night Live sketch…or yet another distraction from truly troubling news like oil spills, war, and the fact that the Chinese will become our overlords sometime in the next five years.

“I heard it was, like, some weird, like, demons and stuff, through a iPod or something,” one child of the corn tells a News 9 reporter.

“People should be concerned about it,” says another. “It’s not something that should be overlooked.”

Seriously now–we try to give our country’s collective subconscious the benefit of the doubt, and then they come up an “alarming new trend” that’s essentially amounts to terrible autopilot versions of the drone and noise albums we’ve been listening to for years. With that in mind, we asked noise/acid techno architect Carlos Giffoni–a.k.a. the founder of No Fun Productions, one of the country’s preeminent curators of music that’ll piss off your mom–to relate five records that are way more dangerous to your health than a YouTube clip. 1. Merzbow, Rainbow Electronics (Alchemy, 1990)
All colors of sound at once are explored in this pinnacle of psychedelic electronic analog noise. The future is always now. Time is just an illusion, physical space its erroneous function. You are just a caterpillar. 2. Maryanne Amacher, Sound Characters (Making the Third Ear) (Tzadik, 1999)
Maryanne’s ode to the third ear is the one to break all the imaginary frontiers placed by your conscious brain trough the use of resonating frequencies that will make everything inside your skull vibrate into a new era. 3. Oneohtrix Point Never, Rifts (No Fun Productions, 2009)
Some people need to hang with the more mellow dreamy stuff, or just need a break from the hardcore i-Noise-tripping. This is the one that will take you by the hand softly into the upper dimensions. Also this one is what all the kids are digging right now, so it must work really good! 5. Kevin Drumm, Sheer Hellish Miasma (Mego, 2002)
Nothing can prepare your soul for this one. A horrible bad trip is guaranteed.

For the leading purveyor of “binaural brainwave audio doses”, head over to i-Doser.com.

Previous THE SELF-TITLED INTERVIEW: Against Me!
Next TEST PRESSING: William Fowler Collins, ‘Hiding In Light’ Cassette