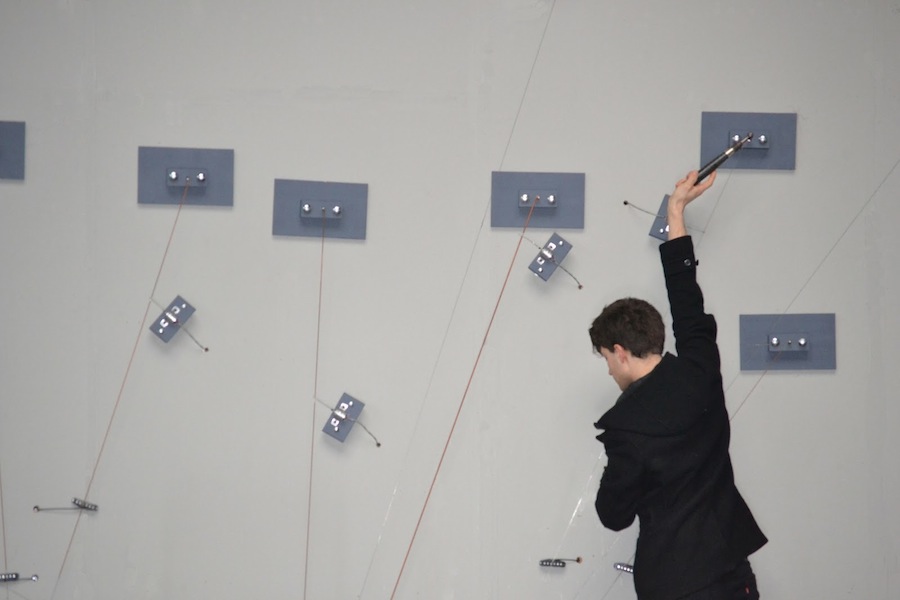 I sometimes wonder if more of my ideas come from words than from music or images. Everything starts with an observation, and then is translated into words and back into something else. Which I guess is a form of observation again. I know ultimately what I make comes out of some intuition, based on what I’m building and seeing. I try not to let conscious language get in the way of that; this seems to work better in process, but ideas come first, and images later. For me, this is certain.

Here, I have put together a short list of books that mean a lot to me, and have triggered some different ways of seeing the situation…

The Conspiracy of Art
Jean Baudrillard, Sylvère Lotringer and Ames Hodges (Aug 19, 2005)
Anyone involved in art or music that looks in the mirror should at least check this book by Jean Baudrillard. It collects his correspondences with the art establishment in the form of open letters, showing his objections to their use of his ideals, and his objections to their ideas, especially contemporary art and commerce, which he considered mostly to be a fraud. It’s quite funny and enlightening in a very strange sort of way, if you agree with him or don’t.

Essays on Music
Theodor Adorno, Richard Leppert and Susan H. Gillespie (Aug 19, 2002)
This edition changed my life, and it’s safe to say that this writing seems more and more true to me every day. Adorno’s unrelenting fashion goes after just about every belief about music that today’s listener holds true about consumption, where the center of a piece of music is and where the system around it sits.

Reflexionen: Interviews, Notationen, Texte
Alvin Lucier (1995)
Alvin Lucier’s work is so understated and distilled that this book helps illuminate all sorts of materials and the philosophy behind his activity. He speaks so clearly and honestly about what he is doing, why he is doing it, and when and where it worked and didn’t. Featuring tons of diagrams, scores and journal entries, this book really is a gem.

Lexicon of Musical Invective: Critical Assaults on Composers Since Beethoven’s Time
Nicolas Slonimsky and Peter Schickele (2000)
This book is so much fun. It reveals all sorts of nasty reviews of celebrated composers throughout history. It’s awesome, and surprising sometimes to see such vehement slanders tossed at all the great ones.

Source: Music of the Avant-garde, 1966-1973
Larry Austin, Douglas Kahn and Nilendra Gurusinghe (Jul 6, 2011)
This is an essential volume of experimental music documentation from the ’60s and ’70s. Offering dialogue, debate and incredible images of scores and performances. A great collection of some celebrated and famous pieces, and other work that was lost with time.