RECORDING UNDER THE INFLUENCE: The Books 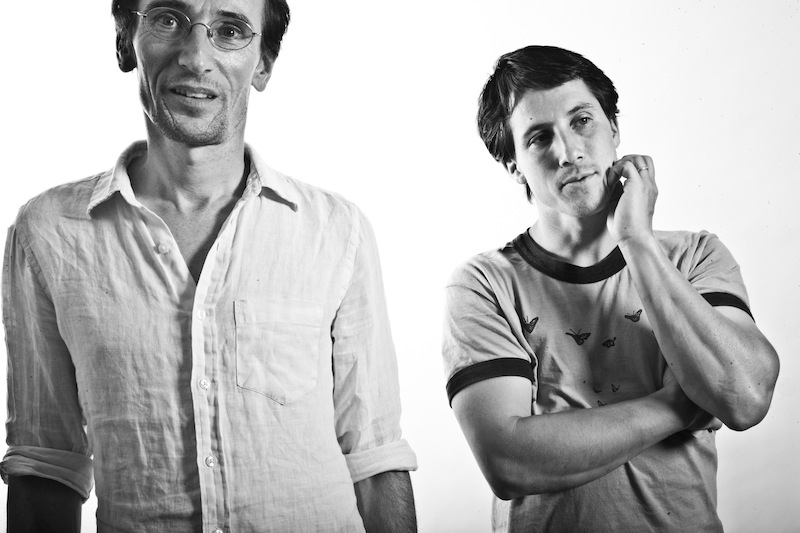 Recording Under the Influence is a recurring self-titled feature where we ask artists to ignore their musical inspirations for a minute and share what really went into the making of a particular record. It’s been a while since we last heard from The Books–about five years, actually–so we were psyched to strip away the stories behind the samplescapes on their Temporary Residence debut, The Way Out. True to their name, this one’s for all the intellectuals in the crowd… 1. Daniil Kharms, Plays, Poetry and Vignettes
An absurdist Russian writer. The king of the self-destructing narrative, jailed by Stalin for being “generally strange.” 2. Christopher Alexander, A Pattern Language
A generative grammar for DIY architects. Be sure to also read A Timeless Way of Building.

3. Errol Morris’ First Person TV Series
Using his Interrotron, Morris delves into the lives of extraordinary people you’ve likely never heard of. Only 17 episodes were made; each one a classic. 4. Oliver Sacks, The Man Who Mistook His Wife for a Hat
Neurologist author writes about some of his strangest cases. His story of the woman who loses her proprioception makes me cry every time.

5. Alan Watts’ Audio Lectures
A writer and guru translates Eastern thought into thoughtful English. His voice has a clarity and playfulness that lends credence to his interpretations. 1. David Wright, Deafness
An autobiographical account of the author’s own deafness and development as a poet, and a history of deaf education and its systems.

2. Eric Chivian et. al, Last Aid: the medical dimensions of nuclear war
Chilling and blunt. If this doesn’t depress you, nothing will. I had to stop reading it while on tour because it influenced my mood on stage too much. 3. Fyodor Dostoevsky, The Idiot
Like many of its contemporaries, The Idiot is written in a flowing, grand style–an all-encompassing psychology, humor and tragedy, dazzling me through its great formal control and breath. 4. StÃ©phane MallarmÃ©, A Tomb for Anatole (Pour un Tombeau d’Anatole)
Notes for a lengthy unfinished poem, written on scraps of paper without any apparent order. 5. Robert Russett and Cecile Starr, Experimental Animation: An Illustrated Anthology
Plenty of early innovative ideas that can be starting points for a myriad of fresh digital experiments.