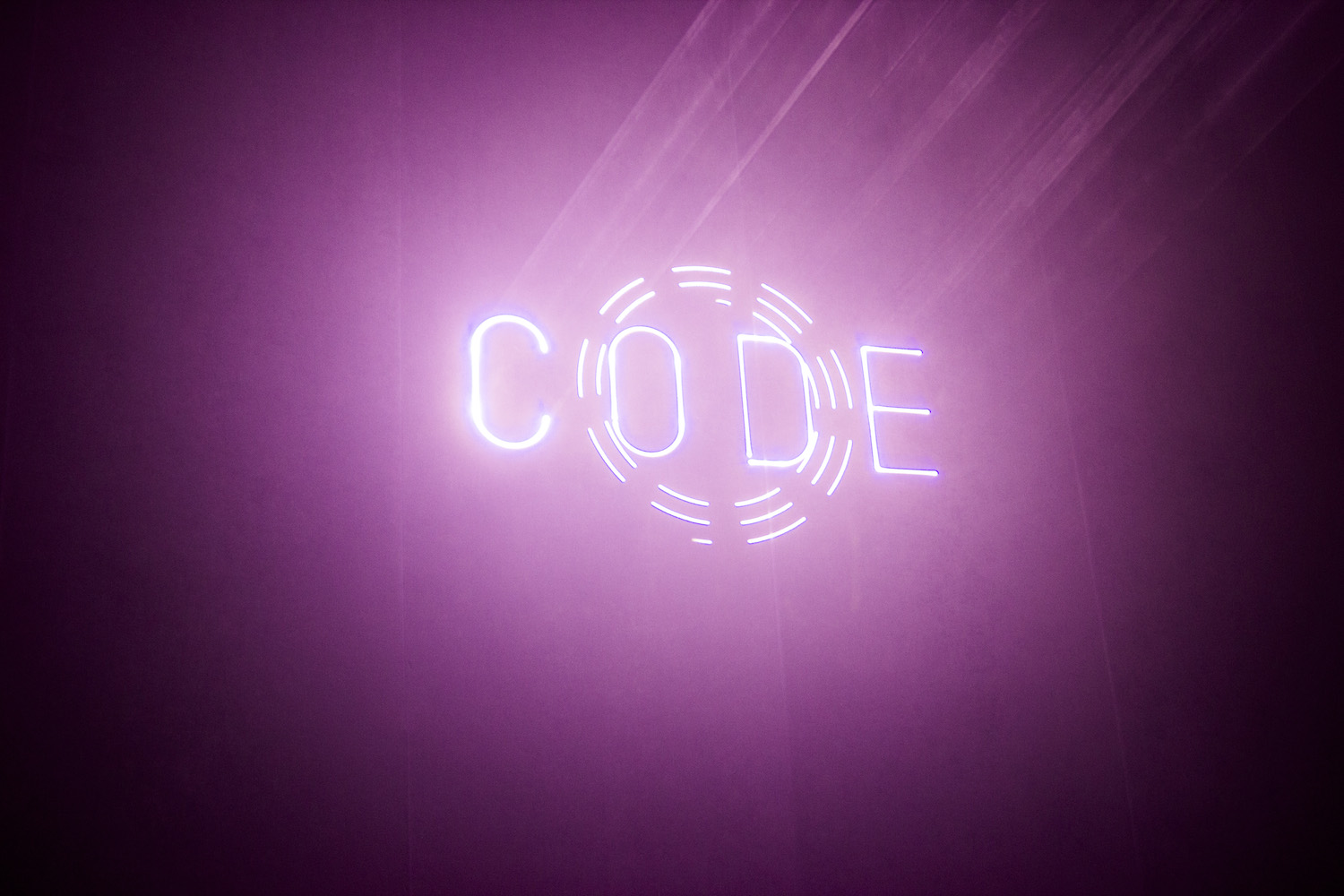 When Robert Henke said there would be literal and figurative shades of darkness and light in his laser-guided Lumière show on Saturday night, he essentially set the tone for the entire evening of not-quite-dance music. In Henke’s case, what could have been a hokey, techno-inspired take on psych-steeped planetariums was more of a meditation on how your perception of ambient noise and beats can be altered with abstract patterns, geometric line readings and grids. There wasn’t much darkness outside of a few brief blackouts, though. Since “love” and “code” were the performance’s only recurring words, the producer leaned towards a theme of redemption and hope rather than the spectral leanings of his last Monolake album, 2012’s Ghosts.

That rule also applies to Bobby Krilc’s work as The Haxan Cloak, only it’s driven by the very same dread he felt as an adrenaline-fueled teenager.

“When I was a kid, I used to find the scariest, most brutal possible films to watch,” the producer said in a Quietus story last year, “and then when my parents would go out I’d turn off all the lights in the house, close the door and put my headphones on. That kind of isolation is terrifying, and the rush you get is kind of like going on a roller coaster, but it can make you feel quite elated in a weird way.”

If you let yourself get swept up in Krilc’s increasingly claustrophobic fusion of deceptively minimal visuals—search lights and strobes that turned Brooklyn’s Masonic Temple into a purgatorial police state—and music you don’t hear so much as feel, the stateside debut of his live show was a fitting foil to Henke’s, a thrill ride that could have veered off the rails at any given moment. In fact, it almost did at the end, when the epileptic light effects picked up speed and Krilc tapped into a frequency that upset our equilibrium and brought on a wave of anxiety. If he’d pursued that level of purity any further, some of us would have been forced to head for the exits. Instead, we were all left with the sense that we’d experienced The Haxan Cloak’s high concept cycle of life and death—this mortal coil rendered with sluggish rhythms and chiaroscuro chords. Elation. Weirdly.