Ritual Howls On… the Books, Films, Records and Art Behind Their Steely Post-Punk Songs 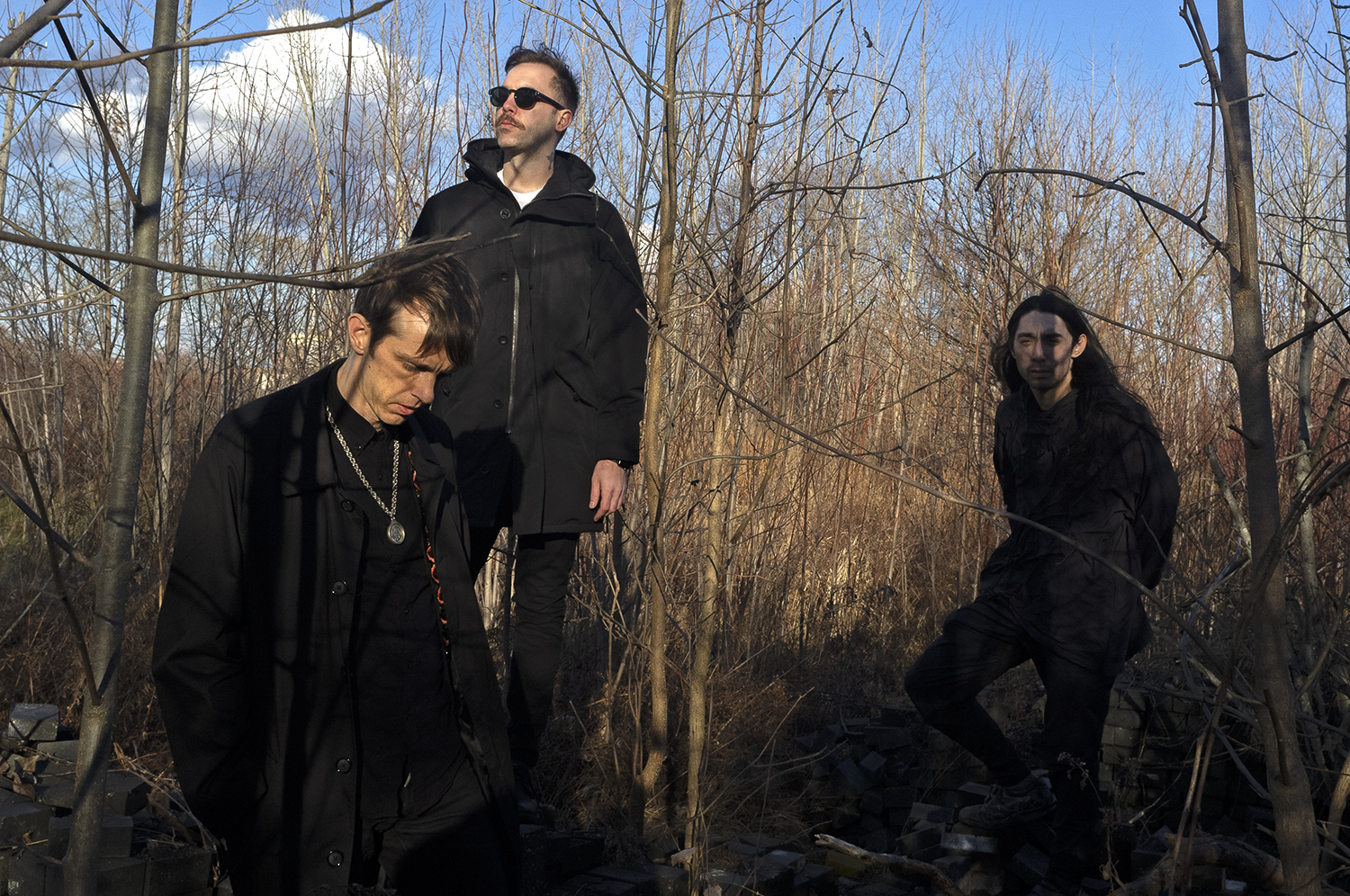 One thing we failed to mention when discussing Ritual Howls’ new record (Rendered Armor, available now through felte) last month was the bigger ideas behind its steely post-punk songs. And the rest of their cold-pressed back catalogue for that matter. While its lyrical side is covered extensively in a new limited hardcover book, we thought we’d take a closer look at everyone’s outside influences, from Baudelaire to Bad Moon Rising…. 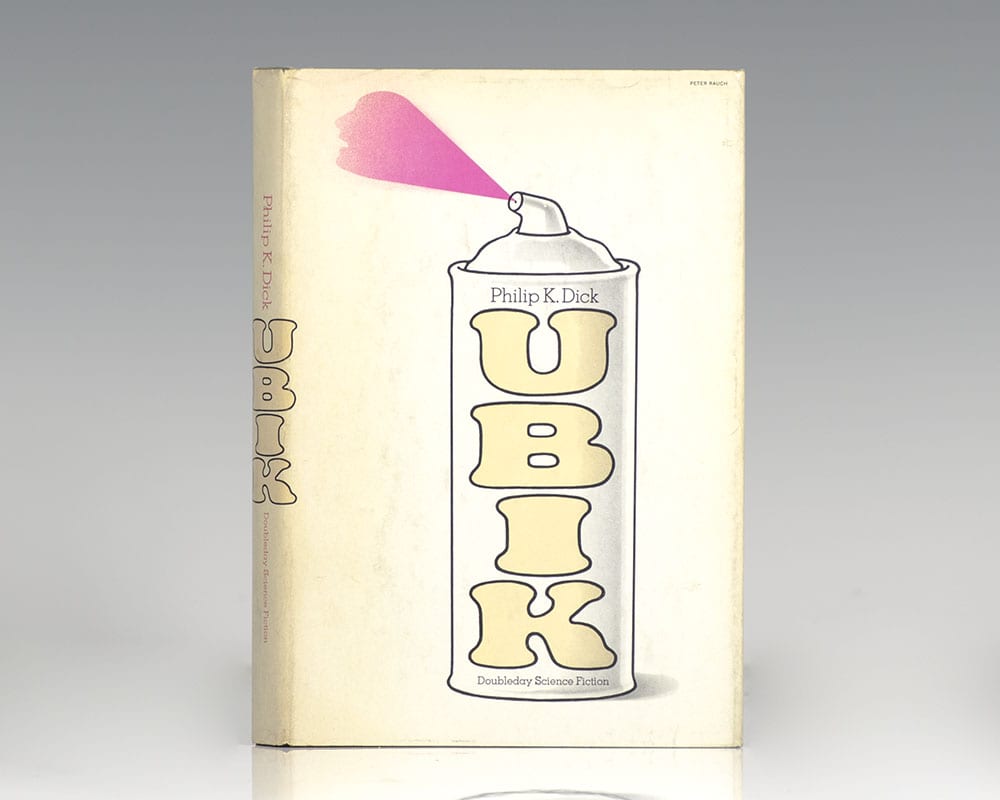 Philip K. Dick, Ubik (1969)
I was reading this book while we were working on our last EP, and used some of the bizarre concepts to write the lyrics for the song “A Manifestation of Time.” It deals with telepathy and these states of being called “half-life”, where people can continue to communicate after death. The technology and layers of the story just keep getting weirder throughout the book. There are these “pre-cogs” whose powers can prevent telepathic communication, a frequency jamming of the mind. I think the book ends with something like a morphing consciousness stealing time from the half-lifes and therefore finding immortality. I also have a collection of his short stories I love to read when reality gets boring.

Yukio Mishima, Acts of Worship (1965)
When I first moved to Detroit I got a job in the cafe at the Museum of Contemporary Art. Working there, I met a now close friend of mine who introduced me to Mishima. This collection of short stories contains so much vivid imagery, and the beautiful intersection of sexuality and art. I remember in one of Mishima’s stories him describing an erotic dream, an almost sadomasochistic description of St. Sebastian tied to a tree and being shot full of arrows. Mishima describes the scene as if exploring a painting—like a masterpiece of Italian Baroque. His writing is completely captivating.

Michelle Alexander, The New Jim Crow (2010)
This book is so powerful. I came across it when researching the so called “war on drugs” and how it is really a continuation of systemic racism in this country. I always thought there were sinister motives behind the words “tough on crime” and how they always seem to be used by power-hungry politicians. Michelle Alexander explains the need for criminal justice reform, and how the horrors of slavery manifest in our time. The song “Spirit Murder” came from reading this book. It is gut-wrenching to think of the number of people still in cages today.

Lungfish
A good friend of mine from Louisville introduced me to this band. I would hear him singing through the walls late at night; he knew every word to every song. When the album Necrophones was coming out, it was all we talked about for weeks leading up to its release. A few years later I picked up the record Love is Love and suddenly realized what I had been missing. The lyrics of Daniel Higgs are like no other; each song a journey of images, rhyme schemes, and phonetic patterns. Along with the repetitive, meditative nature of the music, listening to Lungfish is a total experience. Also, the song “Fearfully and Wonderfully” took me through a really rough time. I feel so grateful to them for keeping me going back then. 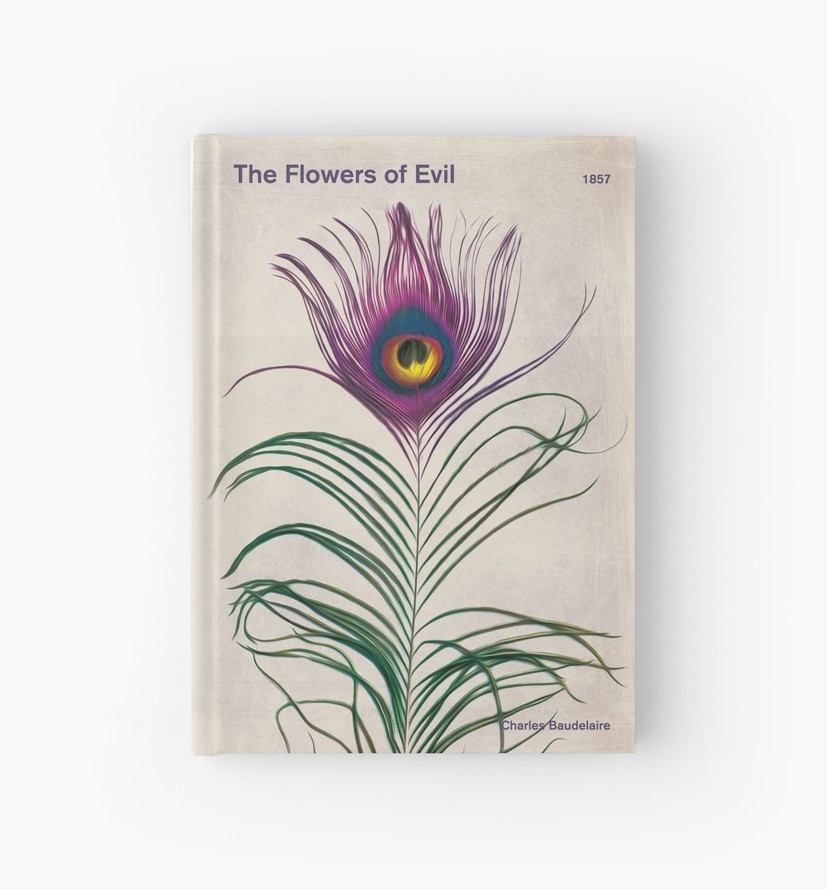 Charles Baudelaire, The Flowers of Evil (1857)
I am constantly reading though this collection of poems. For me, his truth is undeniable. He speaks of things real —the world as it is and not necessarily how I want to see it. Though a lot of his writing is super self-obsessed, reading him takes me to a place of respecting art in its truest form, a place where art gives meaning to things and can be a nourishing gift. Baudelaire helps me to keep making work when I find myself thinking art is such an ego-feeding bullshit endeavor—especially when there are people in the world doing meaningful work, like nurses or activists.

PJ Harvey
I was given a tape of Dry when I first started playing in bands. The guitar tones on the record were the first thing to hit me. They had this hollow-body twang to them I hadn’t really heard. It was a new tone for me—especially the slide guitar! Then the ferocity of the vocals, the longing—it was like Shakespeare for me, defining feelings I had no words for. She made genuine expression so cool. Really fucking cool! I ran out the next day and bought both Rid of Me and To Bring You My Love. I’ve been consistently finding inspiration in her work for a long time.

Paul Pfeiffer
Paul Pfeiffer’s work feels as if he just stumbled upon it and decided to present it in the most intricate and professional way. The content of his work is what really hits home. I spent a summer with Paul at the Skowhegan School of Painting and Sculpture. Paul was a resident artist that summer and basically the reason I applied. He’s the real deal. Not too “heady” but very smart and elaborate. Everyone had to do a presentation of his/her work and what he showed really opened my eyes to how it all should be done. 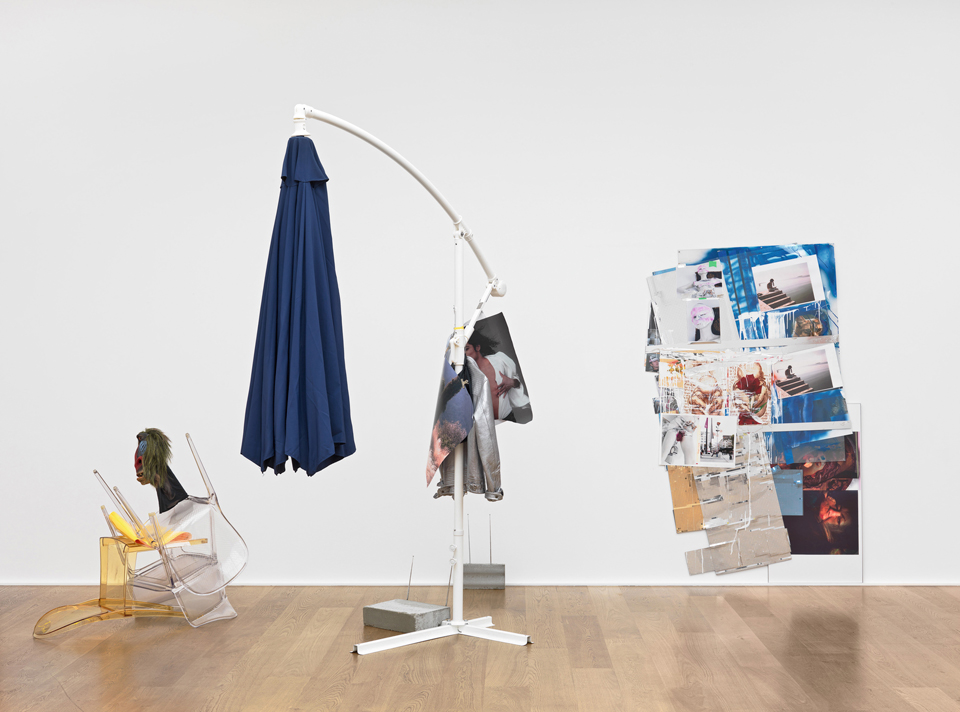 Isa Genzken
Isa is one of the most influential artist of the past 30 to 40 years. Back in the ’70s, when she first started to exhibit her work, it was very steeped in that classic minimalist look and feel. However, in the last 10 years Genzken has really pushed the ball forward with her fresh inventiveness in sculpture and installation using mostly found objects.

Alan Clarke, Elephant (1989)
Alan Clarke broke the mold with his film Elephant. This 35-minute film comprised of scenes of senseless violence was the pinnacle of his output. He would hire actors and non-actors to achieve a balance of real and scripted. He focused on disenfranchised youth dealing with drugs, sex, and life. Elephant left a huge impression on me and my understanding of what can be done with a medium.

Skinny Puppy, Too Dark Park (Nettwerk, 1990)
Depending on the day you ask me, I could list any one of Skinny Puppy’s albums as my favorite. To me, Too Dark Park is the ultimate culmination of Skinny Puppy’s sound. A great combination of production and songwriting. Also by the time they recorded Too Dark Park, drum machines, and synths had improved greatly and the quality was top notch. I tend to come back to Too Dark Park because for me it’s the record that really blew the doors open on what industrial / electronic music can be.

Sonic Youth, Bad Moon Rising (Blast First / Homestead, 1985)
Even though most, if not all, Sonic Youth records are great, I always come back to Bad Moon Rising. I bought this record after already becoming a SY fan. I already owned Goo and Daydream Nation and was expecting to hear more of the same. Instead I was blown away at the mostly experimental sound. Bad Moon Rising is the perfect leap from their earlier No Wave sound to their more straightforward rock-and-roll sound that was developing. A perfect blend of noise and rock music.

ADULT., Resuscitation (Ghostly International, 2012)
In 2002 or 2003, my older brother’s friend Charles Trees left a backpack at my parent’s house. It contained dirty magazines (which were being used to make custom lighters with wrap around images), a flask of whiskey, and a booklet of CDs (the most exciting item). I immediately began importing discs into my Hewlett-Packard desktop and came across a burned cd that just said “ADULT.” in sharpie. This was probably my first introduction to dance music and electro. They became early idols of mine even before I played music. It was a very strange and beautiful experience to share a stage with them once Ritual Howls started.

Cybotron, Enter (Fantasy, 1983)
I used to listen to a test press of this album every night before bed with my roommate Bill Spencer. Bill’s father was actually an engineer on the album at Solid Sound in Ann Arbor. Enter was one of the first records that got me (and the world) into techno. It fostered my appreciation, understanding, and respect for this Michigan-based music. It arguably changed my life and altered my path in beginning to DJ and start a record label primarily devoted to dance-focused music (Portage Garage Sounds).