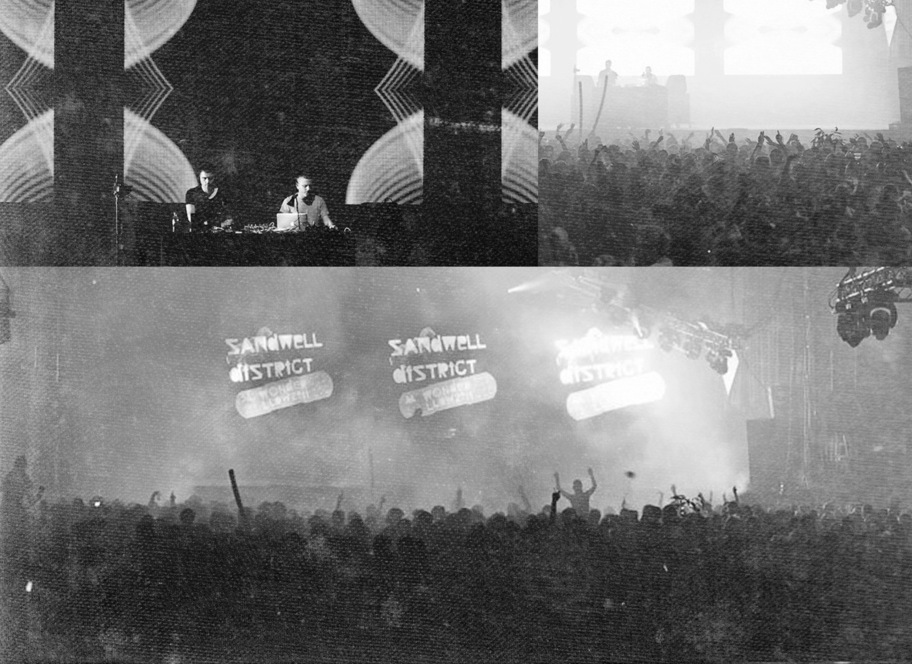 Sandwell District, one of our favorite underground techno collectives of the past five years, has decided to stop releasing new records, sharing the following statement on their Tumblr:

Beginning the 31st of December, 2011, regular audio communications from Sandwell District will cease. All vinyl artifacts have been decommissioned. There is a possibility of future, albeit irregular, print communications with audio accompaniment. However, details–and indeed content–is uncertain at this moment in time. The Sandwell experiment will exist through live actions–which will continue to expand into new sonic territory–in addition to audio/print installations as previously witnessed in New York, Los Angeles, Gdansk, Bialystok, Berlin and London.

See you on the other side.

Lest anyone think Sandwell District won’t live up to their “stasis is death” promise, one of the group’s members has already posted a killer mix that may or may not hint at their next creative move, including s/t-approved cuts from John Maus, Cabaret Voltaire, Throbbing Gristle, Aphex Twin and Death In June. Grab it below…

Previous 2011 IN REVIEW: Download All Of Our Exclusive Mixes
Next DOWNLOAD THIS NOW: Memoryhouse, “This Will Be Our Year” (The Zombies Cover)