SARIN Channels the
Horrors and History of
War on Moral Cleansing

From marching songs to psychological torture, music has played a role in military operations throughout the world since what seems like the dawn of time. Last month’s Moral Cleansing LP flips this fact on its head, as Emad Dabiri melds the tense industrial techno melodies of his SARIN project with subversive and sampled nods to everything from the Vietnam War to the conflicts Dabiri witnessed firsthand while growing up in Iran.

In the following exclusive, the Berlin-based beat maker / X-IMG founder breaks down each song on his first proper BITE full-length, beginning with a bold New Beat number that welcomes our final days with open arms…. 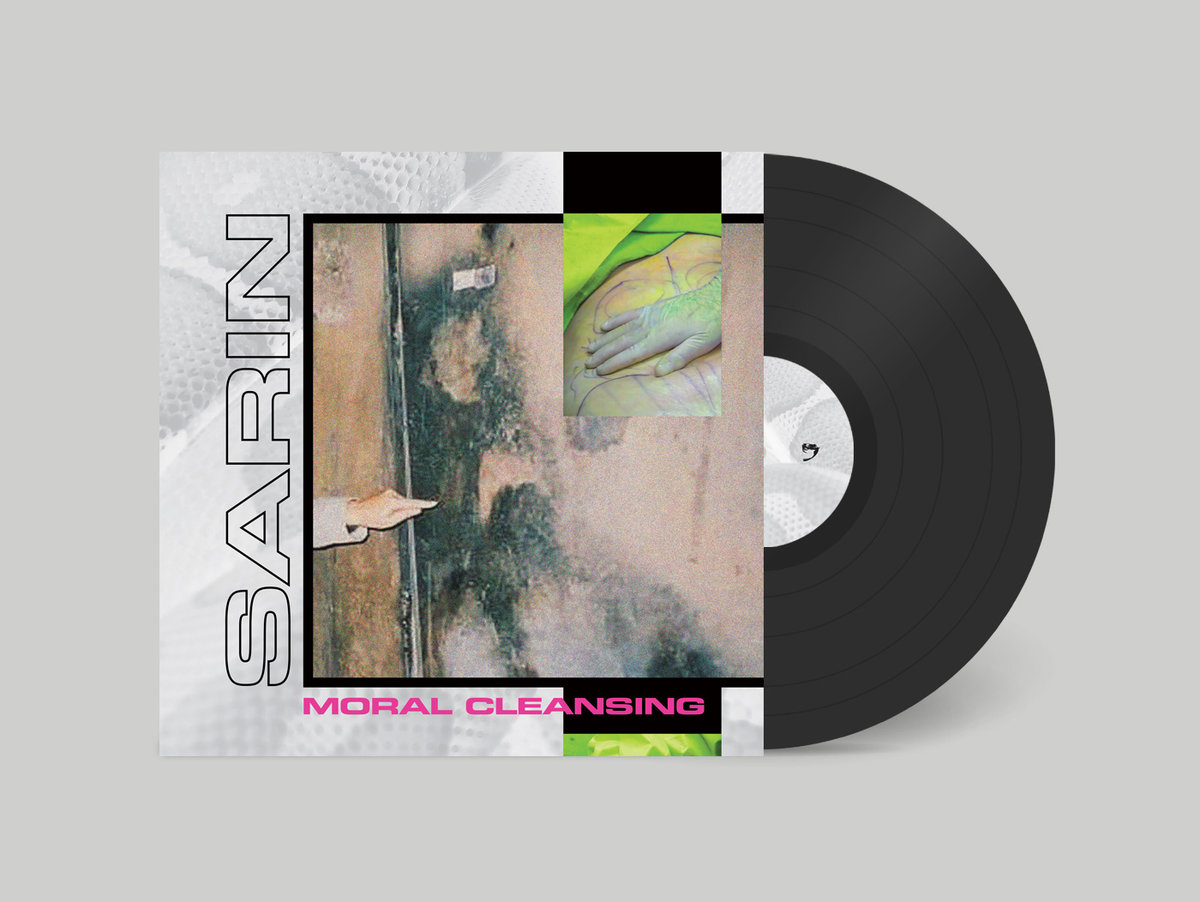 “THE CULLING”
A New Beat-inspired track that ended up as a kind of “celebration” for the end times. The anthemic quality of the stabs and pads became a bit comical when I paired them with samples about human extinction. It’s the most catchy and playful track in a weird kind of way; why not celebrate our own demise? I pushed this concept a bit over the top with the video that’s meant to accompany it:

“PSYCHIC DRIVING”
Aimed for a hypnotic state. Influenced by the covert MKUltra projects by Western government agencies who routinely experimented on unwitting subjects with LSD and mind-control techniques from the ’50s to ’70s. I laced the entire thing with fragments from interviews with subjects, doctors, and witnesses involved in these deprogramming, “Manchurian Candidate”-type experiments.

“AMIRIYAH”
Samples were lifted from a powerful and moving documentary titled Genocide by Sanctions. In this bit a sample relating to the Gulf War is used depicting foreign journalists visiting the Amiriyah air raid shelter in Iraq after it was targeted and fully destroyed by U.S. jets in 1991, killing 400 civilians hiding inside. The site is still maintained as a reminder for visitors. The main image of the album cover is a photo of a wall inside the shelter where the burnt in shadow of a mother protecting her child can be seen.

“SAVAK”
SAVAK was the name of a CIA-trained intelligence agency in Iran during the time of the Shah that was feared for their excessive use of torture and intimidation against ordinary citizens suspected of harbouring negative views of the absolute monarchy. After the revolution the organization and its methods were largely reabsorbed into the current security apparatus there and renamed “VEVAK”. Here I use samples of interviews with student/poet Kazem A. about his treatment under the hands of SAVAK interrogators. The only glimpses of hope to be found in this track are the scattered singing parts sampled from a Sufi prayer recital.

“REPRESSION”
Subconscious pummelling scattering your dreams up the cell phone tower. Intro lifted from a ’80s horror/thriller I was watching at the time about werewolves invading TV news stations…. The fragmented hallucinatory nature of the sample was exciting enough that I decided to dissect it into smaller pieces and have it repeat throughout most of the track as a kind of vocal and radio sweep rhythmic element to round out the marching nature of the song.

“EXOCET”
My weird and probably unhealthy military history obsessions on display. Sonically heavily inspired by the early ’90s aggressive Frankfurt sounds that grew out of the tail end of New Beat. The Exocet, a French-made anti-ship missile, was sold to many second and third world armies and sometimes used to great effect against close French allies like Britain and America. Futurist war fetishism.

“IMAGES”
Summary execution in the frontal lobe. This song includes a rare instance of my vocals. Loosely inspired by vigilantism; the immediate aural/visual sensory overload of schizophrenic and incoherent justified use of force. Samples are from a documentary on Bernhard Goetz, a.k.a. The NYC Subway Shooter.

“INEXTINGUISHABLE FIRE”
This track was inspired by an old Harun Farocki short film of the same name, introduced to me by a friend. In it he breaks down the industrial, commercial, and civilian roles involved in the manufacturing of napalm during the Vietnam War, as well as our predisposition to bystander apathy when similar things are deployed to this day. I found the slow, searing build-up to the buried vocal samples of Harun a perfect way to close out the album.