SCREENING ROOM: Behind the Scenes of Caribou’s “Sun” Video 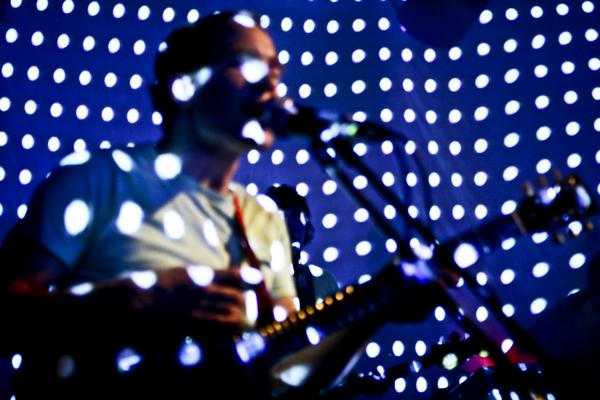 Though we live not too far from one another, me and Dan (Caribou) met up in Berlin to discuss this video. It was originally going to be for the track “Leave Home.”

It was a very hot day, and I wore tight-fitting red briefs. Dan really liked that and said I’d got the job.

Being in Berlin, we talked about dancing, and how no good dance music has come out of the place…ever! And what about dancing in a video? It was an original concept, so I said, “Yes, let’s go with it.” I think I wanted my local Turkish waiters to be in it (again), and eventually I decided on a simple mix of middle-aged (I’m very careful with labeling) women, United Colours of Benetton girls and the Rolex sweep, and ‘Bobby Brown dancers’. Somehow someone has described it as something akin to Rosemary’s Baby.

Although I had a camera man who was unable to walk (he had gout), and everything that was shot required him walking around, it only took a few hours for us to shoot. (I had TWO wonderful producers.) The U.C.O.B girls, Bobby Brown dancers and middle-aged women were incredible, nailing their parts in one take. Shout outs to Rachel and Keri, and Phil, who is the best caretaker I have ever met. – Simon Owens