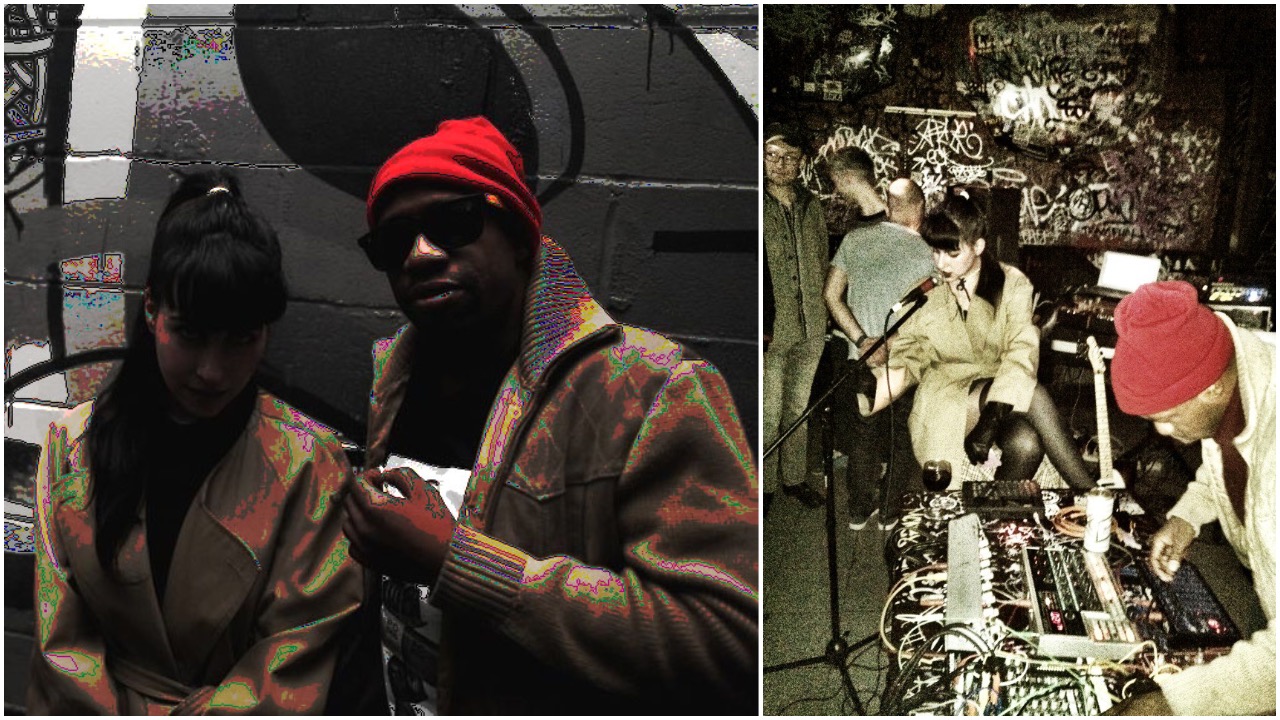 Listening Station asks one simple question: What records are you obsessed with this week?

Shadowlust brings two rising producers (Marquis Cooper of Svengalisghost and Lili Schulder of 51717) together under the pale moonlight to create abstract body music. Now available through L.I.E.S. and the mail order department at All Day Records, Trust in Pain is the pair’s debut LP, the product of impromptu recordings, frostbitten streets, psychotropic candy, mood lighting and red, red wine. Trace a few of its many influences down below…

Blake Baxter
The Prince of Techno 12”
(Underground Resistance, 1991)
“When a Thought Becomes You” is quite a vocal inspiration to me. A delivery that is courtly and exquisite—poetic expression via conserved sexual energy. The Tale of Genji for the dancefloor. —Lili Schulder

CHBB
CHBB C-10 tape series
(self-released, 1981)
I always said if I was asked to make a list of influential albums, this would be number one. A true masterpiece; ranging from the nihilistic rituals of broken beats and chopped vocal samples to tape loops and danceable body electronics, this album has it all. I am glad I heard this after learning about Liaisons D as a kid, or my mind would have totally shorted out before I grew up. —Marquis Cooper

Charles Manier
Charles Manier
(Nation, 2013)
When Steve Summers played “A/B Infect” at his Confused House party a few weeks ago, there was a definite rise in temperature. Sounds which twist the mind and body. —LS

Snowy Red
The Right to Die
(Dirty Dance, 1982)
This and [Micky Mike’s] first LP are just pure heat. He is definitely one of the first cats I got up on when I heard about the Belgian scene, up there with Klinik, Absolute Body Control, Twilight Ritual and Split Second. Plus he was doing it all onstage by himself, something I totally respect. I wonder what they were feeding these kids to make them so sick with the synths! —MC

NHK
Unununium
(Raster-Noton, 2008)
Makes me feel like I am in an elevator on the way to a hidden lascivious spot in Tokyo. The way this tune builds is rather vertical to me, in the same way that the city itself is built. —LS

Minimal Man
The Shroud Of
(Subterranean, 1981)
Patrick Miller was an immersionist like most of my favorite writers. He conceived of Minimal Man as completely wasted. When I felt he wasn’t living up to this, he went out and started taking crazy amounts of drugs to find that sweet spot! How high is as tweaked as you want to get on the dancefloor! —MC