Five Takeaways From Our Soko Interview 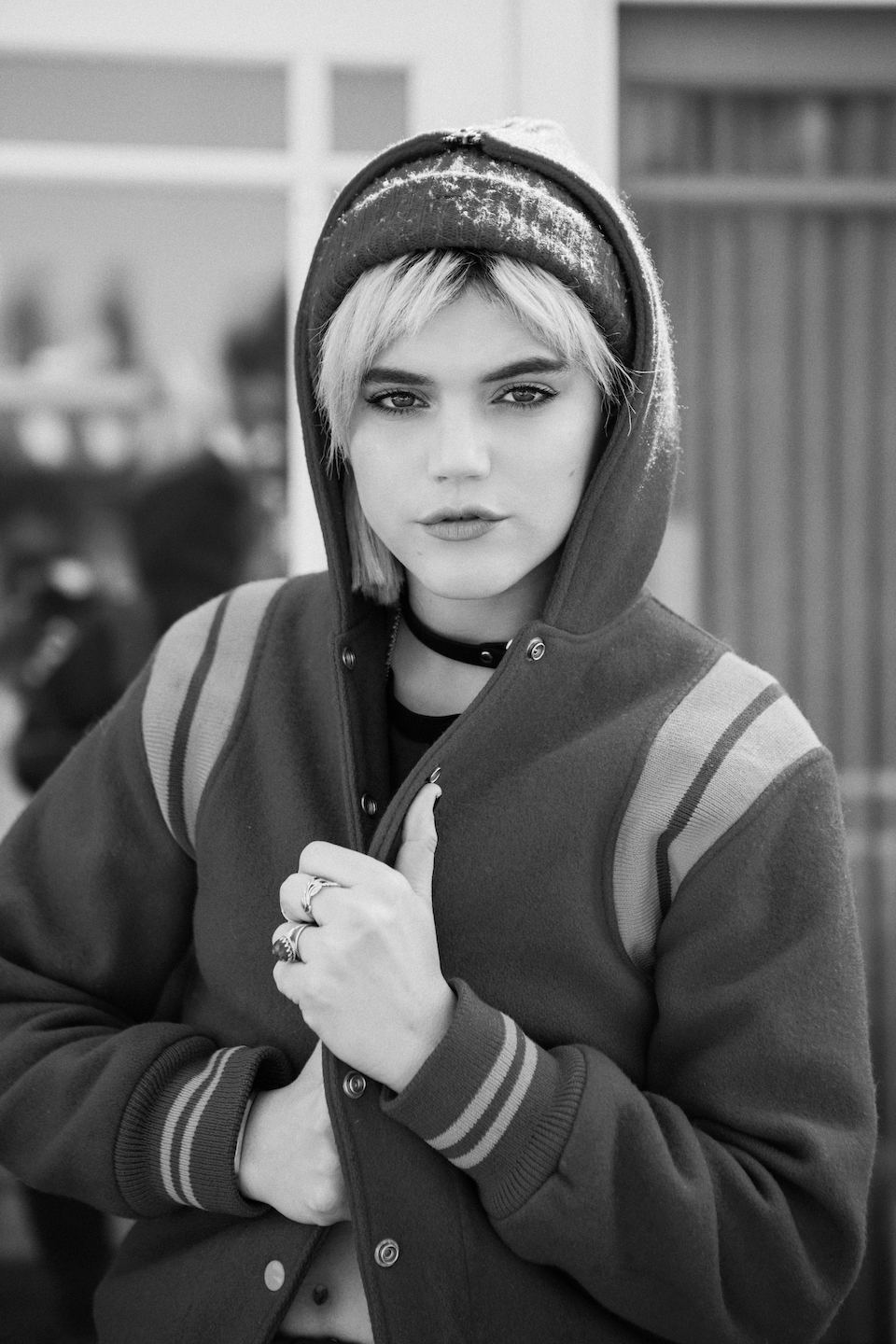 1. She’s healthier than we’ll ever be.
I just went for a run in Denmark for about 20 minutes. I need to start exercising on tour because in a month I’m in a movie playing a girl who just came back from Afghanistan. I can see it being fun to run on tours because it’s a chance to discover an unknown city.

I’m vegan and gluten-free, and I don’t eat any crap. I’ve been a vegetarian since I was 5 after my father died because I became aware of life. I had this weird thought that I wouldn’t want anyone eating my dad, so why would I eat anyone else’s mom and dad? I don’t even drink at all or smoke either; I’ve always been straight-edge.

2. Her father’s absence haunts everything.
Even though he passed away nearly 20 years ago, I’m still writing about the lack of memories I have with him. It happened to me at such an early age; it has impacted every single relationship I’ve had since then. When I meet someone new or when I start a new relationship, I wonder if they’re going to abandon me. The music is helping me repair the past so he still inspires me even though I didn’t know him well enough. It’s my way of dealing with losing someone so important to you before you even realize how important they are.

3. Cartoons make a mighty fine mood stabilizer.
I love Family Guy, The Simpsons, South Park…. any cartoons, bring it on! Growing up, they had The Simpsons in France, but the music was a little different. [Sings] “Le Simpsons!” I try to do only things that make me happy, but I do find that in order for me to write songs I need to be unhappy. Cartoons put me in a better mood; there’s nothing like lying on a couch and watching them. The happiness may not last long…. but that’s fine. That’s when I write my songs.

4. Ariel Pink is the perfect sparring partner in the studio.
Me and Ariel mostly just fight. [Laughs] The whole “Lovetrap” song is about that. We fight about our relationship mostly. But he’s a fucking musical genius and he inspires me to make great music. I don’t follow anything people say about him online because he’s my friend. We dated a few years ago, but I think we’re better off now as collaborators. I mean, he’s a fucking genius and working with him is great. But getting him to the studio is a nightmare. He turns his phone off a lot.

5. She was down with Howard the Duck well before Guardians of the Galaxy.
Howard was awesome. I mean, there’s a movie with a cartoon rabbit seducing a woman. Why not a woman seducing a duck? Soko asked Robert Smith to produce her moody new album, ‘My Dreams Dictate My Reality’. She got Ross Robinson instead.