Five Comedians Mikal Cronin Would Interview If He Had a Podcast 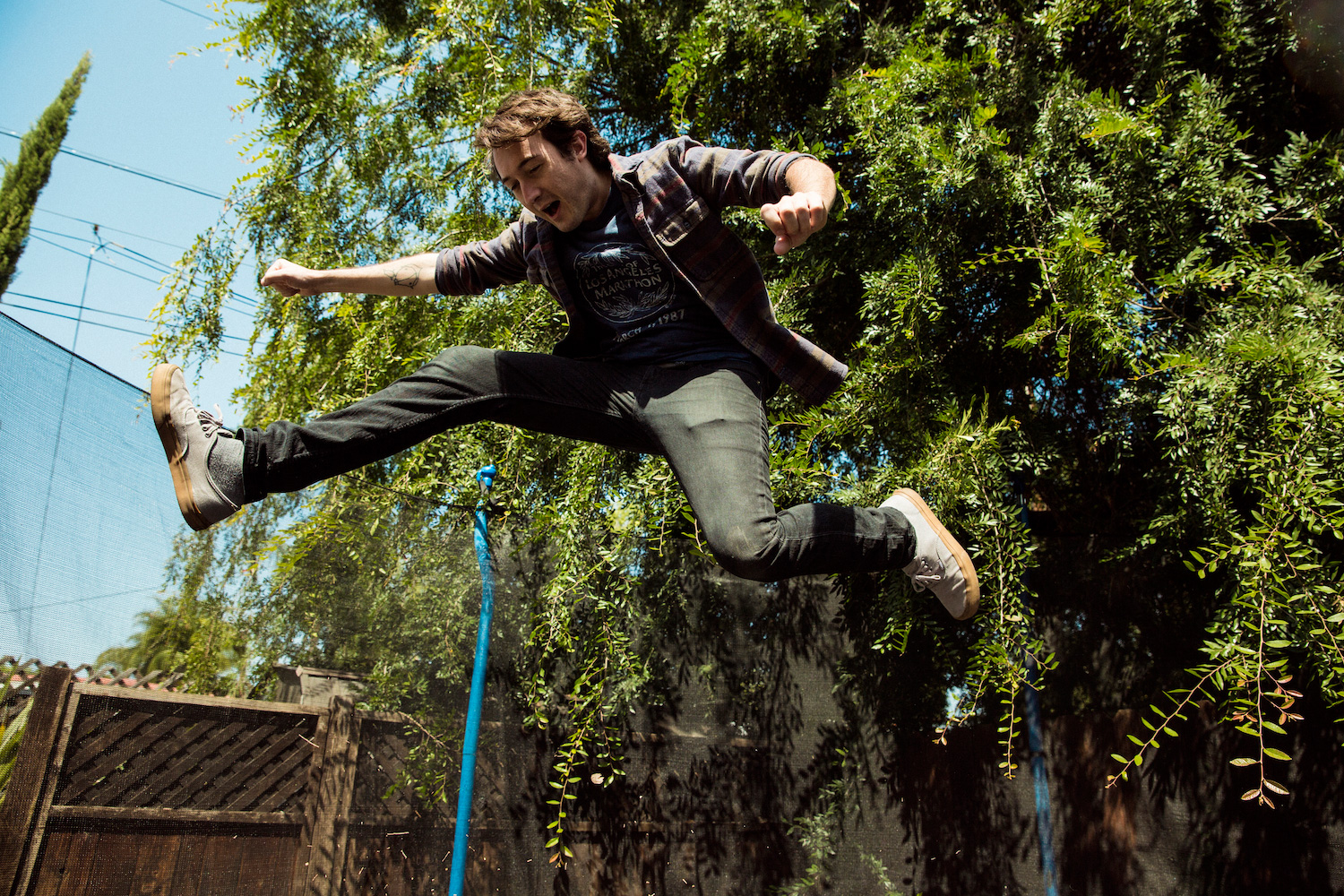 When Mikal Cronin performed on Conan earlier this year, the show mistakenly credited him as “comedian Mikal Cronin” online. It’s entirely inaccurate—“doing something like standup seems terrifying,” he explains—but the appearance did allude to Cronin’s obsession with comedy albums, specials and podcasts. Especially podcasts; when prompted for some of his recent favorites, Cronin lists 17 right away, including Comedy Bang! Bang!, You Made It Weird and Superego.

“I get engulfed in so much music all the time, especially on tour,” says Cronin, “So I eventually needed a break. Podcasts are amazing for that because they purely make me happy and trigger a similar part of my brain as music.”

With that in mind (along with the fact that he just got interviewed by Marc Maron), we asked Cronin to create a hypothetical comedy podcast of his own and list five dream guests. Here’s what he had to say…

1. I really like interviews that are peppered with natural humor just because they’re funny people. My podcast would be like that, but we’d be on a rowboat in the middle of the ocean. And the first slot would have to go to Paul F. Tompkins, the king of the podcasts. He’s pretty much been on every single show at some point because he’s an amazing improviser. I’m amazed at how quick he is. I saw him walking down the street once in Hollywood when I was driving by and had a dumb celebrity mind explosion. It’s really hard to pick out one bit where he really shined, but you should check out this Comedy Bang! Bang! clip where Paul plays Werner Herzog reading a Yelp review of the Majestic Hotel.

2. Bill Burr has a very tough, don’t-give-a-fuck demeanor, but at the same time you can tell he’s really smart, thoughtful and kind. Like a foulmouthed meathead you could actually have a meaningful conversation with. Plus I love Boston accents. I flinch a little when he talks about anti-feminist stuff, but he doesn’t actually mean it. He’s a comedian saying shocking shit to make a point about the absurdity of everything PC-centric. It really seems like it’s coming from a tolerant person who is just fucking hilarious and loves to push buttons.

3. Speaking of Bills, maybe Bill Cosby would admit to raping all those people on my podcast. Then he’d go to jail for the rest of his life. I’d be honored to have a part in that. What a piece of shit.

4. Larry David, for obvious reasons. It’s amazing how the multiple strands of a Curb Your Enthusiasm storyline always come together at the end to destroy Larry. I was pretty late on Seinfeld; I had seen little bits of the show growing up, but never a full episode. Then in my early twenties I finally did and understood. I got a great deal on a DVD box set and spent the entire summer binge-watching the whole thing. The fucked-up thing was when I got to the final episode. It was too scratched to watch. I’ve seen every episode of the show multiple times, but have never seen the last episode. I’m sure I could find it on YouTube right now but I’ll hold off.

5. I’ll throw Jenny Slate in here too. I love her; she’s amazingly funny and her movie Obvious Child is one of the best comedies I’ve seen in a long time. I rarely cry at really touching, emotional parts of movies, but this one did it for sure. I was surprised at how good she was at dramatic acting because I’d mostly seen her in very over-the-top comedic roles. This movie was really good on many levels. I’m going to re-watch it now. I also love her Marcel the Shell voice.

Mikal Cronin’s latest album, ‘MCIII’, is available now through Merge. Check out a few of his official videos below…