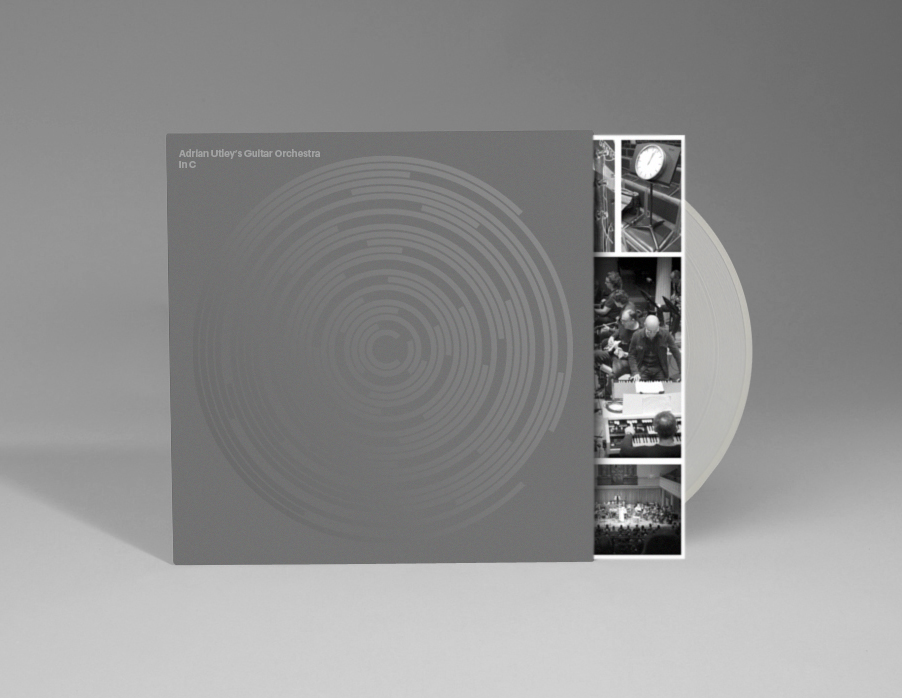 Here’s one for the Portishead fans out there: The Quietus premiered Adrian Utley’s Guitar Orchestra in C record today, right alongside an interview that explains his riff-centric take on the Terry Riley classic.

“I first played the piece with Will Gregory and Charles Hazlewood and friends and was guided through it by them,” Utley said. “I began to understand its beauty and complexities and Terry Riley’s amazing concept. I thought I would like to do it again but with only electric guitars. I felt it would have a hypnotic feeling if we slowed it down and limited the palette.”

He went on to say that further Guitar Orchestra pieces are quite likely, including some original material and previously written pieces. Here’s that spellbinding Riley performance for now, which will be available through Geoff Barrow’s Invada imprint next week: