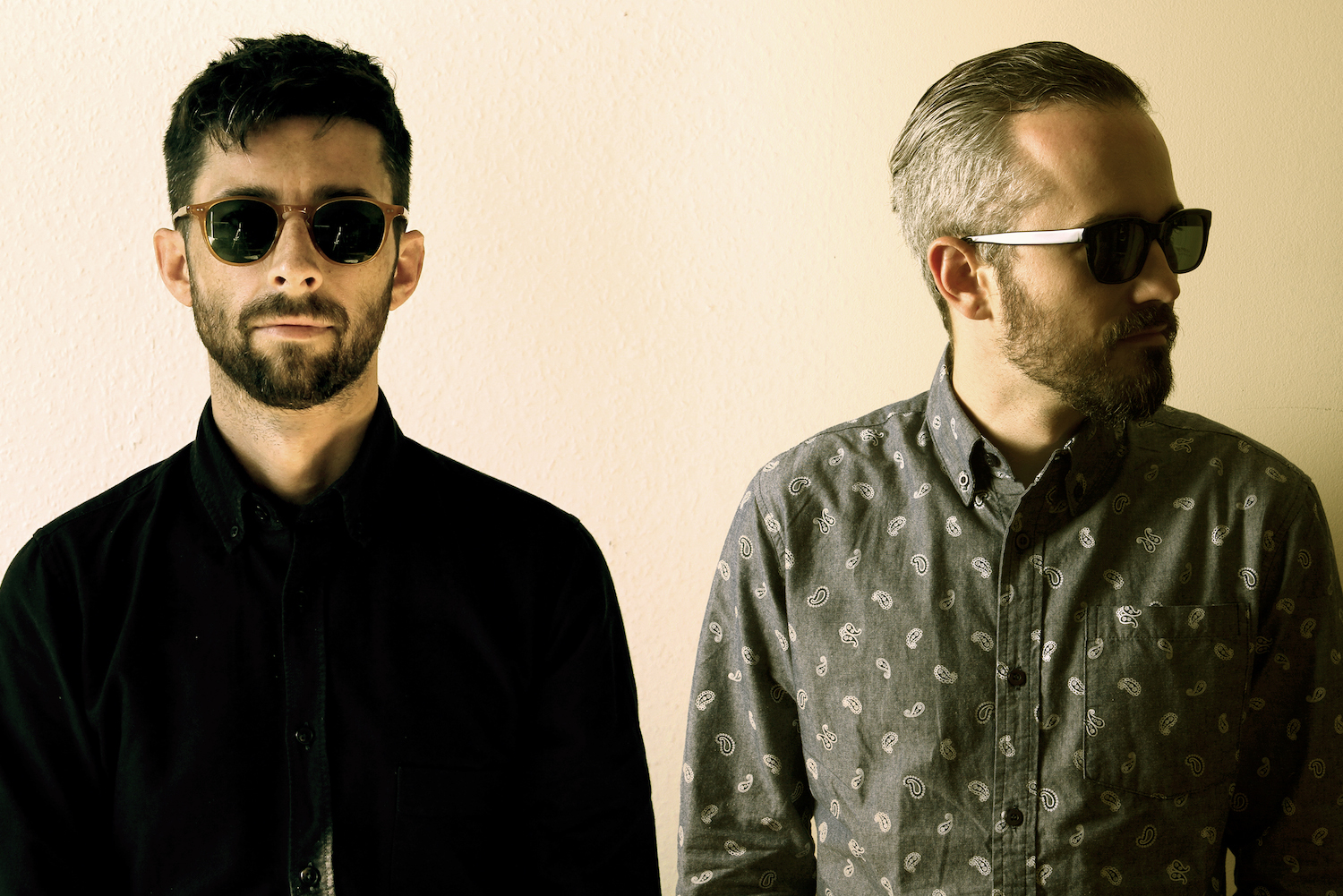 “[Our] aesthetic has always been about depression, beauty, reality, optimism, organic things,” says Christian Andersen (a.k.a. XI), one of the Toronto natives toying with black-lit techno and drum-heavy house in Graze. “There is nothing real about the attempts at darkness and moodiness I see in much of what other people base their image around. It almost appears as a cartoon of actual darkness.”

Maybe that’s why the duo’s debut album—Edges, out this week through New Kanada, the Berlin-based imprint of Andersen’s production partner, Adam Marshall—is dominated by blood red shades on its sparse record sleeve: because there’s a beating heart driving every decidedly human hook home, rather than detached shadows, sheets of steel and numb blocks of ice.

Check out the album in full below, along with an exclusive track-by-track breakdown. Graze will also be supporting the record with a live show that takes their recent breakout performance at MUTEK to another level…

“SKIP/CRUSH”
Christian Andersen: This ended up being the opening track because of its floating intro. We felt it was the hardest hitting number, both in impact and emotive quality. This was probably the easiest one going back and forth. It was bred out of the post-Mutek live set we had put together with snippets of things we had in the works.”
Adam Marshall: It’s all about the chords on this one…

“COLD DROP”
Christian: This track actually started as a jungle tune. Adam and I had been exchanging a lot of material in the tempo range that is most prominent in our work. He had been asking me to send him some of the jungle I was working on for weeks so I sent him this, but of course it ended up getting slowed down and turned into a techno stomper.
Adam: The bass wobble from Christian’s jungle track really came into focus as we pulled the tempo downwards through evolving versions. It’s deadly in the club.

“AIRROR”
Christian: “Airror” was a tune I had made roughly six months prior to Graze even being a thing. It had play tested well and was getting a lot of good attention across the board. I was shopping XI album spots on a few labels at the time, all of which had expressed that this was their favorite, but none of the album options that were available to me at the time made sense so I ended up shelving it for a later project. Adam took it and updated it with some hardware overlays and really beefed it up for Graze.
Adam: Christian had played me this a few times, and burned an original version onto a CD, along with another track he’d done that I wanted to play out. I accidentally reversed the track names when I labelled it, and I kept playing “Airror” when I was DJing when I meant to play the other track, but it would tear the place apart every time.

“SCRAP”
Christian: This was something I started under the name “Fight.” I recall being in some kind of bad mood or another and just wanted to make something that was aggressive and a bit wild. My particular favorite part of this track is the wild rides. I find that rides aren’t used enough to really get people’s ears perked up.
Adam: This is one of my favorites off the LP. The stripped-back drum programming appeals to my DJ senses, and the layered analogue baselines sound really powerful and strong on a big system. Definitely a track for the DJs.

“STACK ARRAY”
Christian: I don’t specifically remember the origin of this tune but it has gone through the most permutations of anything else on the album or that we have worked on at all. By the time it was ready to be included in this body of work it would still be about four or five iterations away from what actually ended up on the record. I had made a version even after this one with a more cohesive outré, but we opted to leave Adam’s free jam second half because let’s face it—it sounds fucking cool. Atmospherics care of Bill Withers and Jadakiss.
Adam: I don’t remember the origins of this one either, but I think it came into being just so it could have the name “Stack Array.”

“RIPLEY”
Christian: The smooth jam. I love bass and kick interaction like this; it really bumps you around. The vocal used in this track comes from a recording session I did with a friend in about 2007 which was just for fun, I have used vocal snippets from this session extensively for years, on my own tracks like “Squeeze” and “Immunity.” They have always tended to fit in somehow. We never did end up doing a song together though, her and I.
Adam: This one’s pretty hypnotic, and our closest attempt at a more straight-up house track to date. It sounds pretty light at first, but as Christian mentioned, the kick and bassline interplay make it really powerful in the low-end.

“GOLDN”
Christian: This one was the most likely candidate to be ambient. I think it was for a long time initially. We went back and forth on if it should have a beat or not, but once we got off and running with the bassline, adding drums was inevitable. I personally feel this one is a nice nod to some of my original production and sounds like most “2.0” to my ears.
Adam: A soundtrack for driving through Tokyo at night.

“OATH”
Christian: This one started off an experiment in using this Bernard Wright sample I had wanted to use for a long time. I think it initially had this kind of skippy, double time beat to it. Adam took this and ran the characteristic Terminator-style synth line over top which inspired a total rhythmic overhaul. I dropped the beat down to half-time and the scene where the Terminator is being lowered in to the molten metal played over endlessly in our heads. *Thumbs up*
Adam: Can’t really add much more to the above.