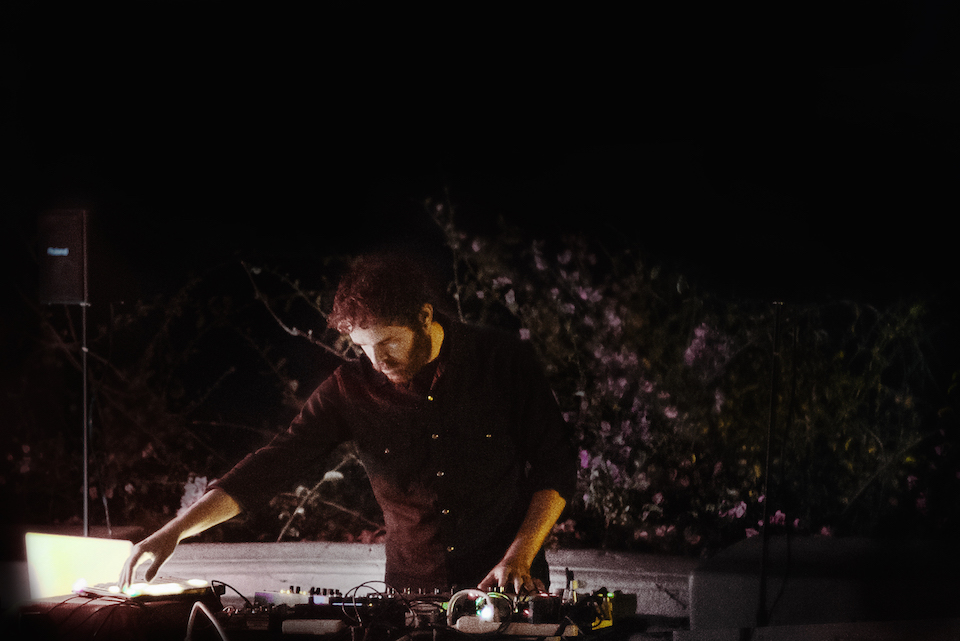 Having already proven his cosmic synth chops over the course of five albums and a handful of iridescent 12-inches, Jonas Reinhardt goes big on Palace Savant, channeling Prague’s St. Vitus Cathedral on across eight weightless tracks.

“St. Vitus is a statement to the future by the rulers at the time,” explains Reinhardt. “It’s surreal, grandiose, psychedelic—and the sheer scale of human ambition involved is almost beyond comprehension…. I envisioned [architect Peter Parler] retrofitting his cathedral with excesses of incandescent light, preparing for a coming age of electronics. Palace Savant is what a contemporary electronic performance in that space might sound like.”

There’s more to it than that, though. Here’s a complete breakdown straight from the source, along with a streaming version of the entire album. Reinhardt is also playing a special record release show (featuring a support slot set from Evan Caminiti!) at Trans Pecos in Brooklyn tomorrow night. Palace Savant is due out this Friday through Further Records.

“OLD KAIZEN”
The practice of continual becoming, it assumes an ideal. A relentless cycle of discipline and anxiety. It means striving towards an elusive end. A key to competitive success? Yes.

“ANDROMA”
And Roma, an augmented people living at anticipated scale. If we could do it all again from scratch, knowing what we know now, we would. The future of the social contract we barely survived to engage. But for now, we recapture a taste for the regal.

“GO SCEPTRE GO”
Flinging out, a casting towards. It’s unpredictable but it works. The gem comes back to the caster in new form. The deepest elliptical dive possible with the tools provided. An imperial pretense to divinity that undergirds all authority.

“ECSTATIC INVOKATIONS”
Supplication before a mechanical deity, an indelible exchange of electric sympathy. Excess lives here. The form of possession to invoke the present. To call in and become a vessel. To extract a favor from a spirit.

“NOCTORNUM”
A chamber not as peaceful as one might imagine. If the subconscious is allowed to run wild here, where do rest and replenishment sit? With hermetic generative power of course. A graded system in the esoteric tradition keeps the chamber bound in order.

“OMAT PRINCIPLE DECAY”
The precise standard by which we can accept entropy and experience measured decay. The basis of a physical state of lapsed information. The heat engine from high to low, from hot to cold reservoir. Natural and thus valid.