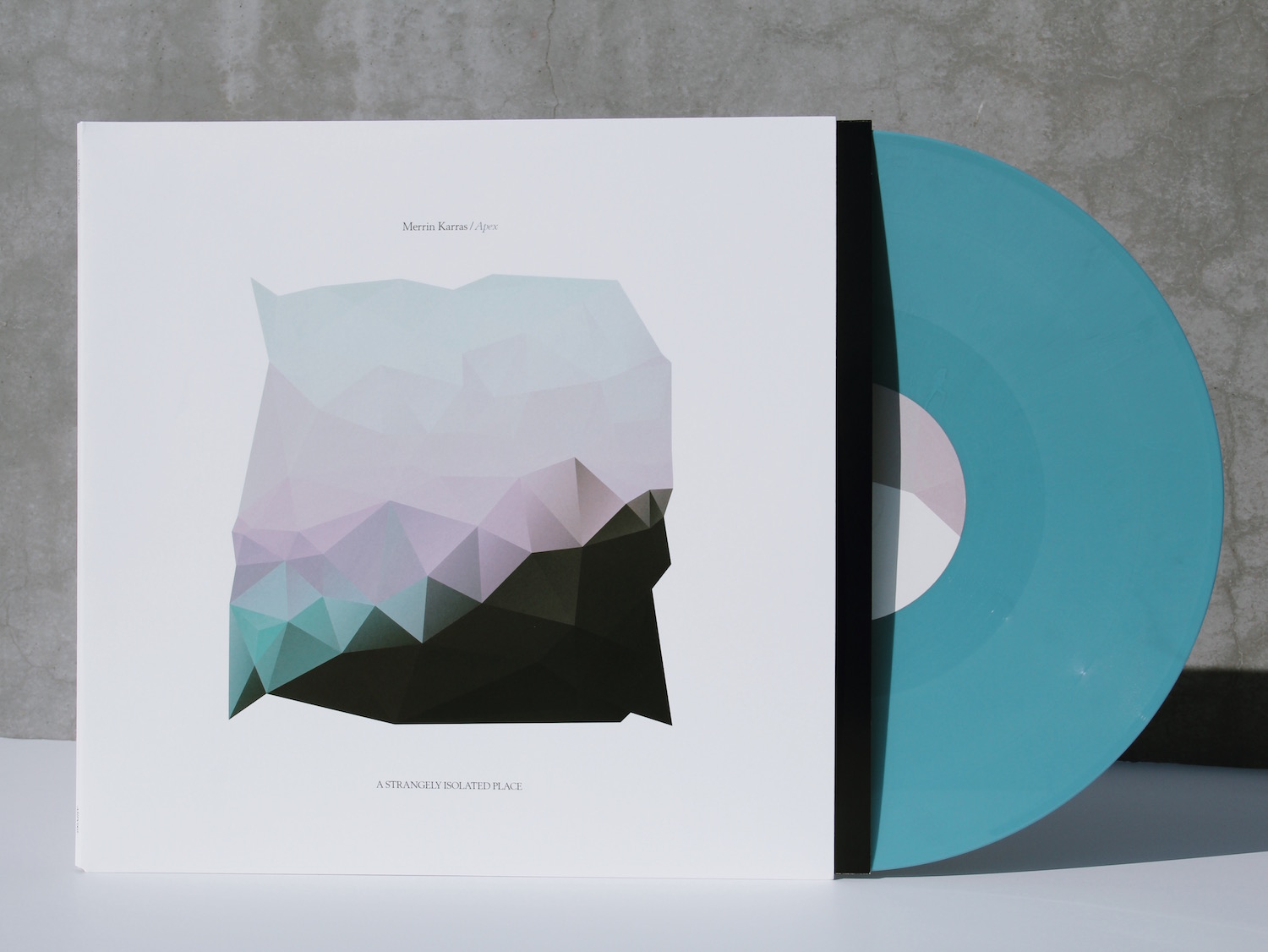 Wondering why Brendan Gregoriy dropped his Chymera alias on his new Apex LP after more than 15 years of making heady techno and house? Blame synthesists like Steve Moore and Oneohtrix Point Never, who inspired the producer’s transformation into Merrin Karras.

“I’d just finished a particularly grueling album and I just didn’t enjoy the process,” explains Gregoriy. “Around that time, I started listening to people like Steve Moore & Oneohtrix Point Never and it blew my mind. I tried making a few sketches and realized that I enjoyed it a lot more and this became a gateway into discovering ambient properly.

He continues, “I decided to set myself a few ground rules for the music: no drums or percussive elements and no samples. They helped me to focus but, in a sense, it’s not such a drastic shift. I’ve always made melodies the focus point of all my tracks and it was quite liberating to make music where I didn’t have to worry about the best way to arrange it for the dancefloor.”

Apex is available this Friday through A Strangely Isolated Place. Check it out a couple days early below, along with an exclusive track-by-track commentary…

“CATHARSIS”
This was the very first track that I made upon buying my Moog Minitaur. I set the second oscillator one-fifth apart, and it gives it a nice slightly distorted power chord feel. I wanted something simple, sparse and inoffensive to open the album with.

“ELEVATE”
This was the final track that I completed for the album. After listening to all the other ones, I realized that there was a glut of deep and moody vibes. I wanted one which was a bit more optimistic. Hence the name. I also threw in the chord stab as a nice way of breaking up the arrangement and maybe giving someone a little jump if they were being lulled into a false sense of security. This was a lot of fun to make and the sequence fell together very easily.

“APEX”
This was actually the first track that I made for the album. It originally started as a standard dancefloor track. But the beats were lumpy and just not working. On a whim I decided to strip them away entirely, then I swapped out all the synth sounds. Suddenly it clicked, and that’s when I had the idea to keep making more beat-less tracks. Of all the tracks, this is the most uplifting (at least in my opinion). As a result, I used the title “Apex” for the track. In a parallel sense, I named the album Apex, too, because all of the tracks build to a peak and then dissolve back down. 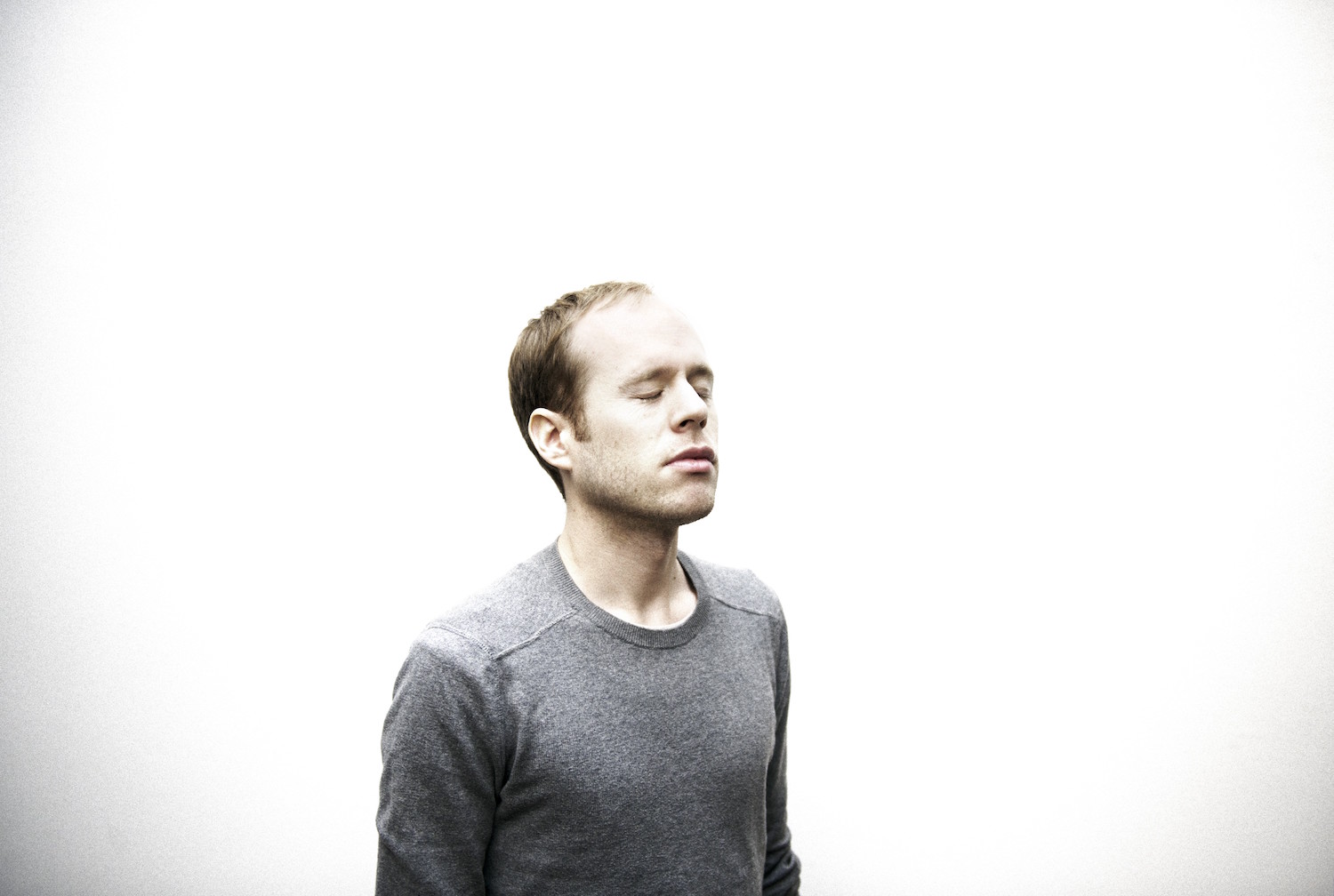 “SEVERANCE”
This is my attempt at more of a drone-based composition. I’ve always had trouble making tracks where very little happens, but which are still propulsive. It’s really an art to give a sense of movement to a track while only making very subtle changes, if at all; it’s something that I’m not good at. In this case, I found after working on it for a bit that I liked it moving towards a definite conclusion rather than just droning aimlessly. There are some complex LFO routings and auto filters which play off each other in an unexpected way.

“THE VELDT”
I heard a beautiful organ-based track somewhere which gave me the inspiration to use the organ sounds in the Juno 106 and the track came together quite quickly. I used a little trick with the Frequency plugin in Ableton, where I sweep the frequency with an LFO, and then set it to about 20-percent wet, to arrive at the noisy, wind-like sound whooshing around the main synth. I also used 3 sets of synths as the track progresses, all playing very similar chords but gradually fading in and out, to give another forward sense of movement to the arrangement.

“LIBERANT”
I started this track playing around with a Max4Live step sequencer. I set it to hit random notes within a set scale, and then recorded the resulting midi for a few minutes. I then isolated a few parts that I liked and comped them all together into one MIDI clip. Then I used that as the bass melody for the first synth (My Vermona Mono Lancet). I copied it with slight variations for the second synth that comes in (DSI Mopho), and then I used a different randomized pattern on the sequencer to generate the long pads that gradually fade in (Oberheim Matrix 1000). Start to finish, the track took about an hour tops.

“VOID”
This was heavily inspired by Steve Moore, who in turn told me that it reminded him of John Carpenter when I sent it to him to listen to. Of course, I had heard all of John Carpenter’s work in his movies over the years, but never specifically listened to it in isolation. This is the most “epic” of the tracks on the album, and it builds to one of the biggest, most intense peaks of the whole album. I’m looking forward to playing this live.

“ISOLATION”
I somehow stumbled on the chord pattern and the rest of it fell together. I wanted to break up the deep, lush pads a bit and decided to put in the S/H-filtered synth towards the end to give it a sort of jarring counterweight. It’s the perfect outro for the album, leaving it on a beautiful but slightly uneasy tone.

Previous Silent Servant Reveals Final Jealous God Releases, Berlin Atonal Showcase
Next Horseback
“In Another Time, In and Out of Form”