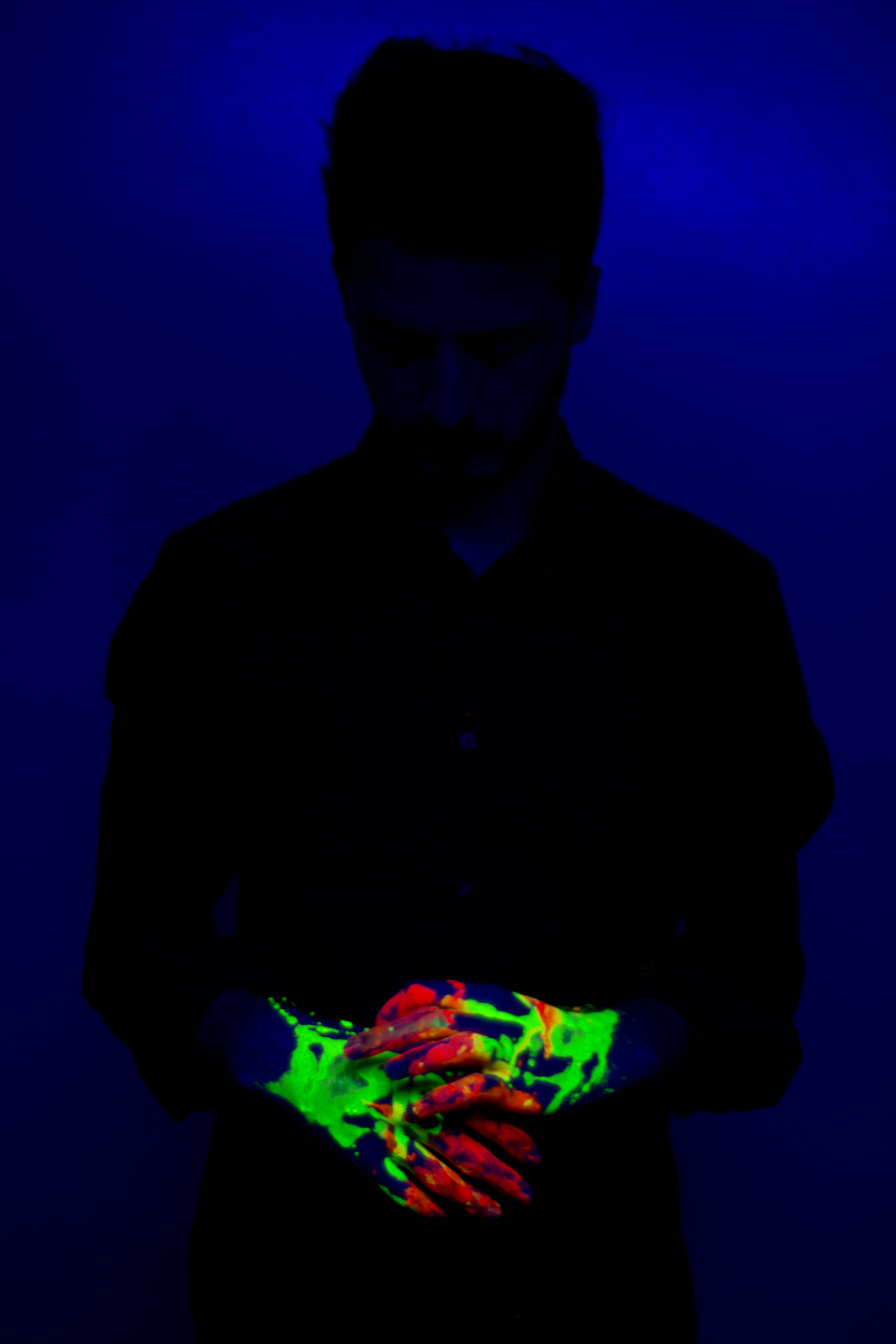 Much like its Konx-om-Pax cover art, Vultur is full of hyper-color hooks that reflect the synesthesia Torres Alonso funnels into his future garage music as OKRAA. The Colombian producer also likes to channel his childhood as a “reminder of how we used to be when we were really young.” This is his story, along with a complete stream of the EP, which is due out through HotGem Tunes this Friday…

“VULTUR”
This track was made out of mixed emotions. I actually wrote down the main vocal lead and synth pad at night in Berlin at a friend’s house feeling confused about a relationship. Kept the idea until I was back home in Bogota. This song was really fun to record because the actual pad patch doesn’t stay still throughout the song. There’s always something being tweaked, mildly at first and then it’s very evident at the end of the song. To me it still feels just like being in between something. It was a cry out to myself, seeking for change. It sounds like realizing you’re on a cycle. And it just starts and stops and then starts and stops again…

“ÚTICA”
This track is all about puzzle pieces. It all happened by putting sounds together, never had an actual structure idea. It just happened very naturally. On the intro I really wanted to picture the sunrise in Útica, Colombia. It was something I used to see as a kid on family trips where we would go and take walks up a mountain in Utica—a magical place where a part of my family comes from and which I used to visit as a kid. I truly believe being conscious of where you come from and why you come from that place changes your whole way of seeing life. This one with the Champeta rhythms played by 808 and 909 samples highlight my Latin genetic in the EP as well as my craving for glitch sounds. The way the main rhythmic synth happened shows just how sometimes mistakes can be beautiful.

“AALASÜ”
This one was really nice because I think of it as very minimalistic. The first measures you hear a very basic rhythm which was the core of the song; I wanted to leave that naked at the beginning to show just what the first thing I had for the song was. The main synth pad you hear I thought of as the ocean and its waves. I actually worked a lot on this patch. I was trying out a new Tetra from Dave Smith Instruments, my current favorite. It needed to feel dizzy and seasick.

I had the idea of sampling people from Palenques in the coast of Colombia for a while. With OKRAA, I’ve always had in mind showing the world Colombia’s native things. These small villages were considered the first free towns in America. During the 16th century Spaniards introduced kidnapped African slaves in South America through the Magdalena River, which is vey close to the main port of Colombia: Cartagena. They would bring ships full of people, but some of them escaped and set up Palenque de San Basilio, a town close to Cartagena. These towns still exist nowadays and are of course very rich musically. African American people are very important in Colombia’s musical heritage and I thought this was a nice way to show it to the world. That is the main reason I felt this song needed to be in Spanish as well.

“TRIANAE”
It was interesting how this started as an atmospheric downtempo track and became an uptempo dance song through the creating process. Sometimes a song takes you somewhere else. Sampling paper and making synthesizers sound like gliding alarms was fun. I had been speaking to Amille for a while; we got in touch because of a common friend we both have in Stockholm. Her voice is pretty amazing. It’s nice to have her on the track. This track was inspired by the Cattleya trainae, Colombia’s orchid, which is my country’s national flower.