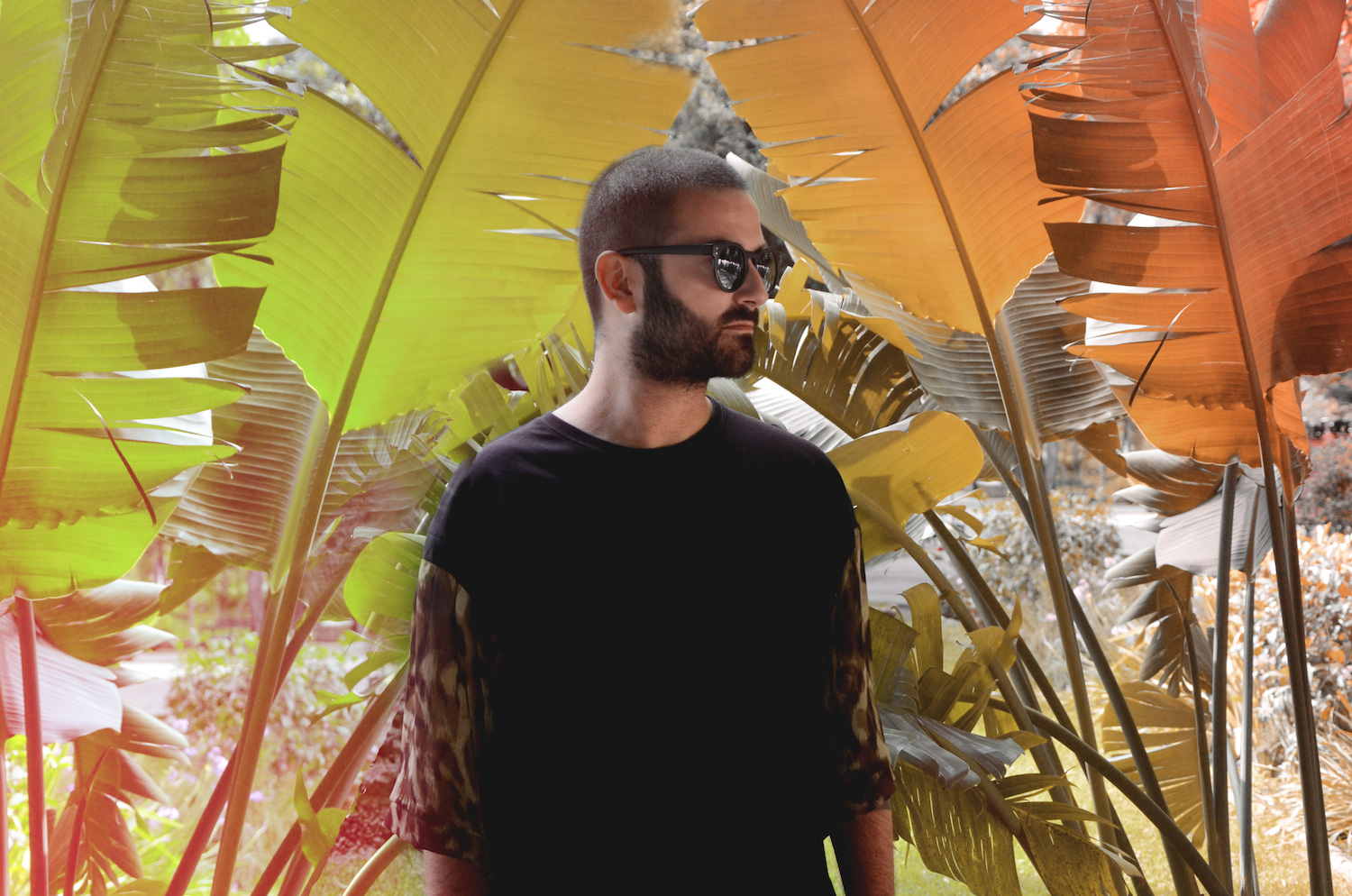 Six years separate the newly released Night Safari (Bad Panda/Interbang) and Andrea Mangia’s last Populous LP, but it’s not like the Italian producer disappeared right after his Drawn In Basic record. That Short Stories (a.k.a. New York singer Michael McGuire) collaboration actually evolved into a full-on side project called Life & Limb, which fell by the wayside as Mangia maximized his frequent flyer miles in pursuit of robust field recordings and otherworldly samples.

Night Safari is the travelogue of that trip, paying tribute to the past while bounding straight into a borderless future…

“HIMALAYA REEL TO REEL”
A young man climbs the Himalayas carrying only a microphone and a tape recorder. This is the start of his discovery of new sceneries, new landscapes, new colors.

“FALL”
A pagoda in the forest.

“DEAD SEA”
A deserted black sand beach, the sea as smooth as glass, the sound of emptiness, tolling of bells and frequencies so low as to be almost imperceptible.

“QUAD BOOGIE”
We are standing on the dunes of the Moroccan desert lit by a moon too big to be real, a quad runs aimlessly.

“HONEY”
A young woman walking in a field of flowers asks whether humanity would really be at risk if bees were to become extinct.

“AGADEZ”
A kasbah, the market, a meeting point among traders, artisans and buyers, a place where there is no boundary between lawful and unlawful.

“WATER TEMPLE”
A subwoofer in an Indian temple.

“BRIGHTON PIER”
Two street musician are improvising on their clarinet and mbira. Their notes float in the air overlapping the chirp of seagulls.

“NIGHT SAFARI”
The night safaris are the most exciting, a multi-sensorial experience. In the darkness of the savannah sounds are amplified, smells are more intense and animals are free to hunt.

“BRASILIA”
It is almost dawn in Brasilia. I am sitting on a hill side and in the distance I can still hear the percussions and the dreamlike music boxes of a carnival that may be just in my head.