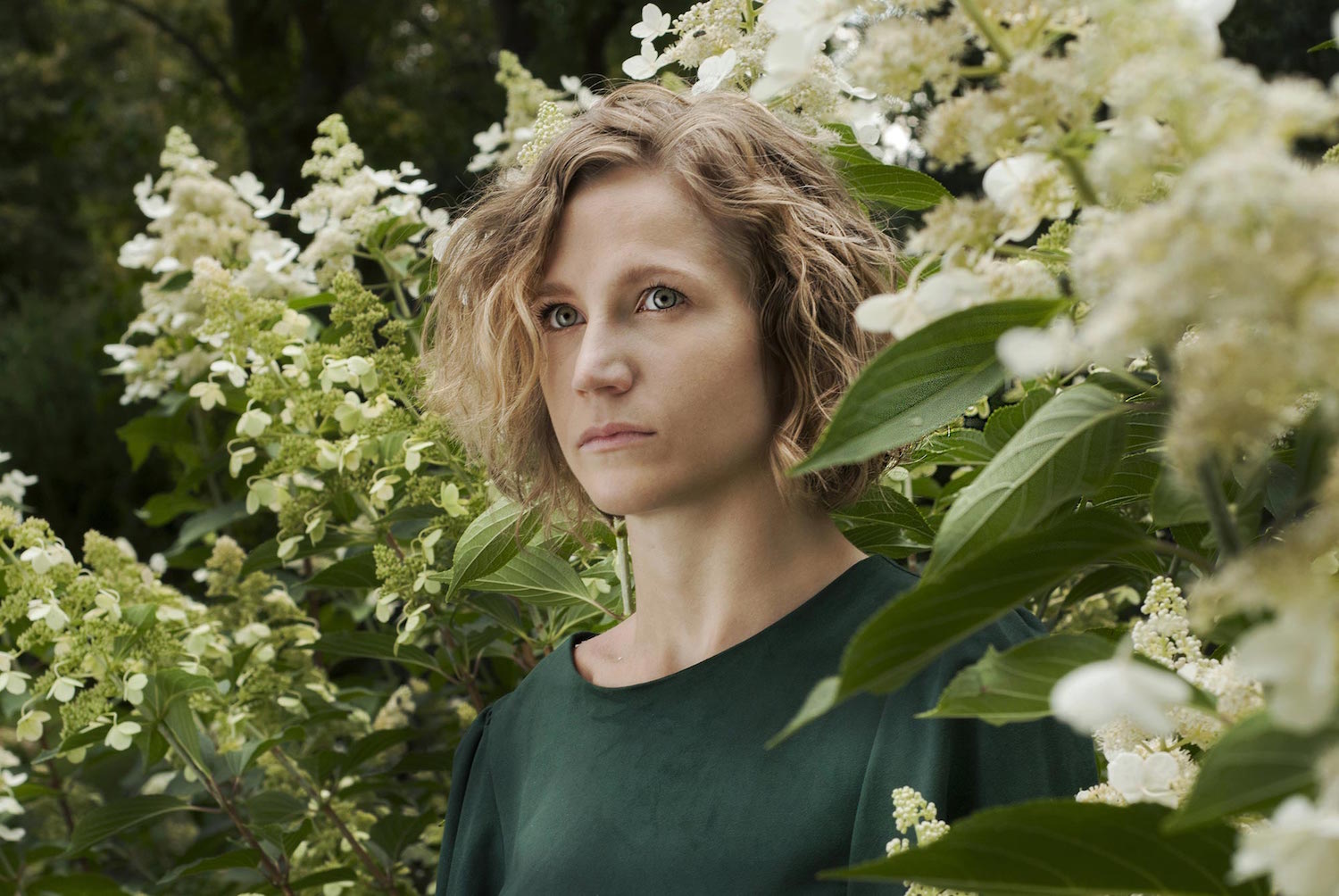 Two sides to the same twisted story emerge on Hand That Bites / Hand That Heals, a new We Will Fail album that finds Warsaw artist Aleksandra Grünholz alluding to everything from the gnarled noise of Pharmakon to the mangled electronic music of Autechre without fully subscribing to either sound. Grünholz creates her own sonic language instead, one that’s wracked with tension and in desperate need of release.

“The pulse, the harshness and the anxiety were really important to me,” explains the producer, referring to the rougher edges of the record’s Hand That Bites section. “I know that some sounds are even dull. I left some parts dirty, raw. I wanted to show the strength that can seduce and mesmerize at the same time.”

As for its comparatively peaceful Hand That Heals portion, she says, “I wanted one part to be more subtle with rich sound that was intricately constructed. I was concerned to make compositions that are really refined, full of details, so that each listening would allow listeners to find something new. There was some room for field recordings. I intentionally have chosen recordings of common situations—overheard conversation, some sounds recorded during travels—that in the same time are notations of specific memories.”

“WORK OUT”
A track about trying. It changes constantly. I was searching for a balance between harshness and sweetness. For me, music box sounds would be an unbearable solo. On the other hand, I can’t stand harsh noise anymore. So the effect is somewhere in between.

“TROUBLE WITH LANGUAGE”
“TROUBLE WITH TIME”
Two tracks are about difficulties. “Trouble With Language” is about problems with communication. I use sound to say things but it is hard to translate it to words. I made a draft of this track two years ago and left it. After some time I found that it doesn’t have an obvious swinging rhythm worth listening to. “Trouble With Time” has a disturbed rhythm—gaps and offsets. Its core is built of recorded and rearranged synthesizer parts.

“NO EYE TO FOLLOW”
A track built around the voice of a traditional Chinese singer. The title is about how nowadays you give the best of yourself, but no one is watching. A miracle happens, but no one sees it.

“DIDN’T WORK OUT”
The title is about spending a lot of energy without any effect. The sound of cows was recorded in the country in complete darkness. It’s not easy to use well-known sounds and make them sound not kitschy.

“EMPTY POOL”
I read a story about two boys who sneaked into a closed pool at night and jumped into it. In the morning, the pool was empty.

“ALL IDEAS”
Summer evening in a small city. This piece is kind of a breather.

“ARE WRONG”
The first track I composed for this album. From the beginning, I knew that it would be the ending piece of [Hand That Heals]. The voices in that track are an arguing couple in the shopping market. The girl has a really annoying voice and the topic of the quarrel is really silly, but the emotions are strong.

“THIRD”
Can noise be clean and well organized? Can it be melodic? I tried to clean out the noise from unnecessary frequencies. Instead of using de-noiser, I made something like de-sinusoider. I wanted this track to be a powerful beginning [to Hand That Bites].

“UNLIGHTENING”
I found this word on the Internet. The definition is “knowledge that makes you dumber.” This track is about being overloaded—about receiving too many impulses.
Sounds are really over-processed and distorted; the rhythm is built from feedback and noise.

“YOU ARE BEAUTIFUL AND ARTISTIC”
“You are beautiful and artistic” was a comment I saw below a kitschy picture of a woman holding a red rose. It’s noisy, itchy, and brutally compressed. For me, this is a really joyful and goofy track. I see snowmen dancing in the circle while listening to it. “BLIND SPOT”
This one is about gathering energy to erupt in a moment of tension.

“POSTPONE”
This track has a few rhythmic layers, with trembling hi-hats, marching bass drums, and a slow melodic pad below. Each emphasizes the other one, increasing the tension and anxiety.

“AND TURN”
All of the other tracks are about energy; this one is about leaving the backdoor open to change an opinion or maybe to turn around. I wanted to end the album with a question mark—what will happen next? It has a slow, disturbing pulse, and a sound in the background of a feast, fireworks, and howling dogs.