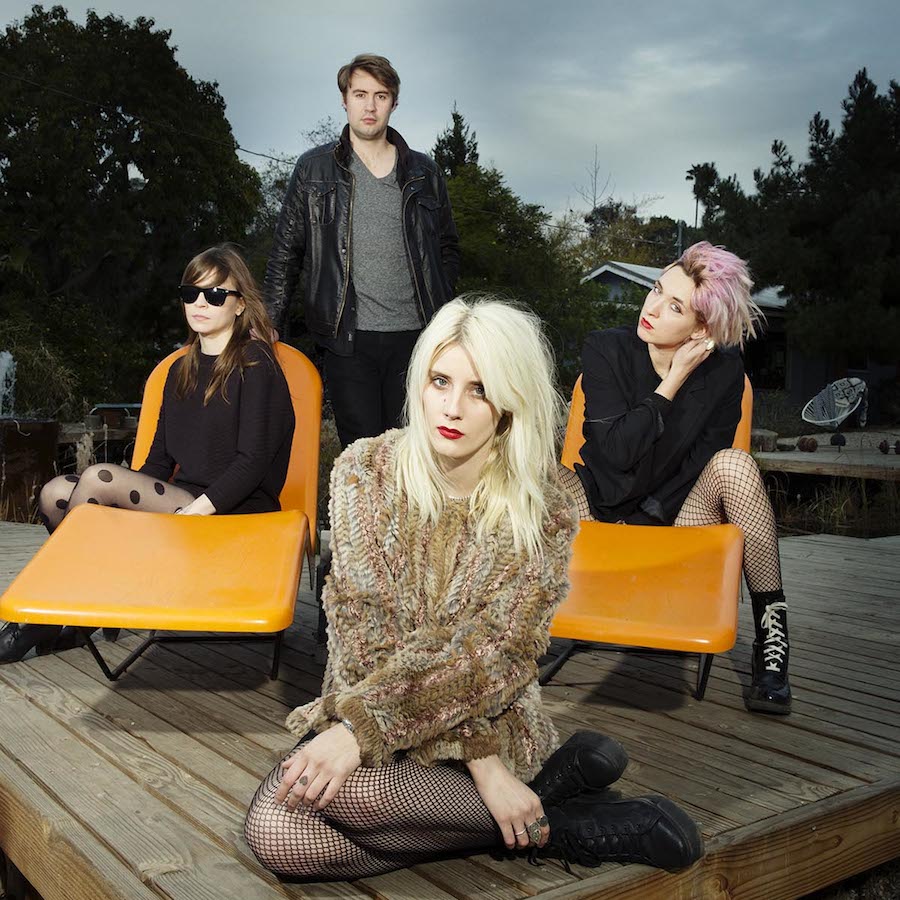 Now slimmed down to a power trio—with Wax Idols frontwoman Hether Fortune assuming the bassist/backup vocalist position for live dates—White Lung come out swinging with the lead single (due out in 7” form next Tuesday) from their Domino debut, Deep Fantasy. Available to stream via its official video below, the dive-bombed “Drown With the Monster” is paired with a slightly more restrained (but not by much) B-side called “Snake Jaw.” Sure enough, singer/self-titled contributor Mish Way mentions everything from Venom to Van Morrison in her “Songs That Inspired Deep Fantasy” playlist on Spotify, reminding us to actually look at the lyric sheet beyond the bombast here…