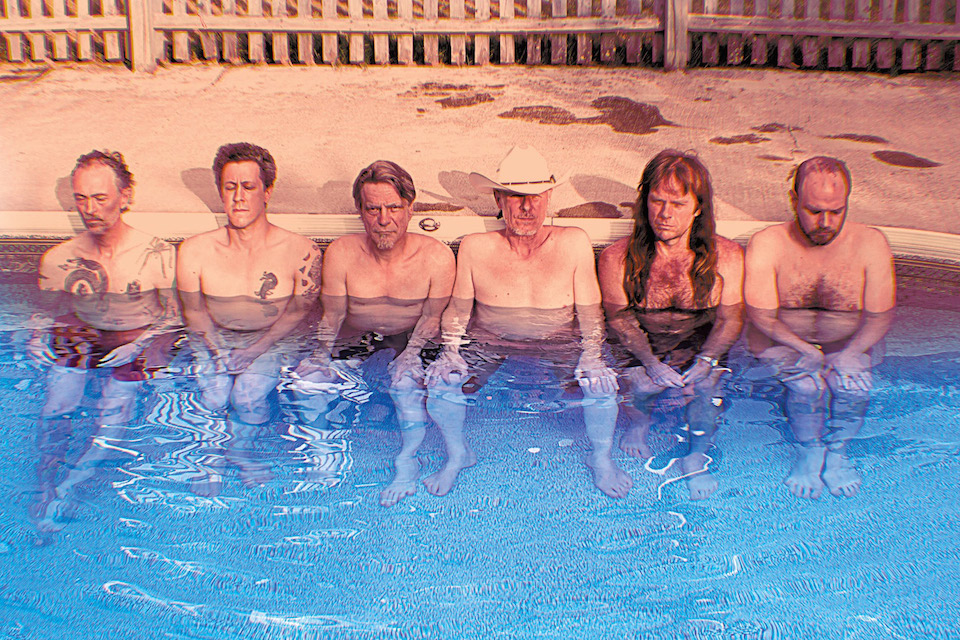 “The main thing is to challenge yourself,” Michael Gira explained in a Nowness video last month, “and make work that surprises you and that has magic. And if you do the same thing over and over, there is no magic. You have to find a new way to do things.”

That mission statement has remained strong throughout Gira’s career, but it’s been especially evident in the second coming of his post-punk band Swans. Since their reformation in 2010, the group has produced some of their finest material yet by constantly refining it through endurance-testing road trips, grueling rehearsals, and Gira’s own raw demos. To reinforce the importance of that creative process, Swans will release a digital Oxygen EP on November 25th that features four distinct versions of its title track: a home recording, an acoustic take, a live cut, and a blustery ‘radio edit’ by Mute founder Daniel Miller.

In other Swans news—outside of their looming Filth reissue—UK fans can expect two major appearances in the months ahead: a headlining gig at London’s historic Roundhouse venue on May 21st, and a major role in Wire’s latest DRILL : FESTIVAL. Set to happen the first weekend of December in Brighton, the latter includes a support-slot performance, a rare solo outing by multi-instrumentalist/fan favorite Thor Harris, and a one-night only collaboration between Wire and Swans that will feature an extended version of the former’s ever-evolving track “Drill.”

“The concepts behind DRILL : FESTIVAL are simple: to challenge preconceptions of Wire,” the band explains on the event’s official site, “To showcase their impact on and relationship with groups and artists from younger generations, to connect with both new and established artists whose work they find inspiring and feel that they have a kinship with.”

Another special Wire performance that will happen that weekend is the Pinkflag Guitar Orchestra, which features a mix of festival guests and “local friends, allies and past collaborators” playing that very album at a louder than usual volume. DRILL attendees we hope to see alongside Wire include Savages, Mono, former Can frontman Damo Suzuki, and more.

Here’s a multi-cam clip of a previous iteration of that project, along with complete details and samples from the Swans EP and that Nowness video…

Previous Catching Up With… Matthew Dear
Next NE164: An Exclusive Mix By… Sinkane