NE164: An Exclusive Mix By… Sinkane 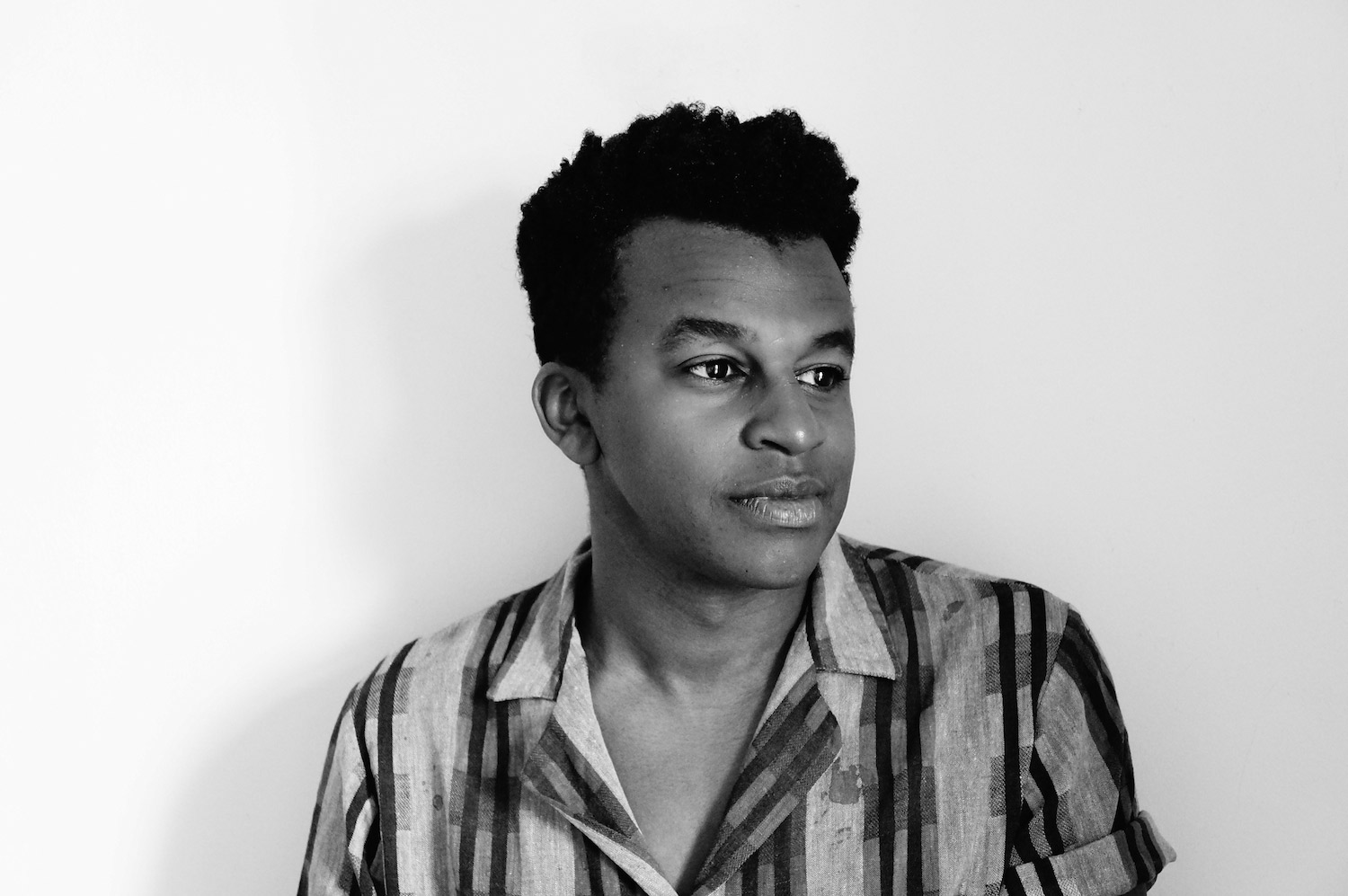 “I’ve always felt like an outsider,” says Ahmed Gallab, the singer/multi-instrumentalist behind the groove-locked soul of Sinkane. “I don’t feel rooted anywhere and I don’t have the same kind of allegiance that my friends have for their homes. I feel most at home when I travel and meet new people.”

That explains how Gallab ended up exploring so many sideman gigs before he launched his solo career, including stints with Caribou, Eleanor Friedberger, of Montreal, Born Ruffians and Yeasayer. Gallab’s constant search for something more can also be linked back to his upbringing; born in London and raised in Sudan, he moved to the states when he was 5 and spent time living in both Columbus, Ohio, and Provo, Utah. His Sudanese roots remained strong throughout, however, as summers were spent overseas with family and memories were tapped with the sort of songs that are in the exclusive mix below.

“Every East African ex-pat grew up in a house full of cassette tapes,” explains Gallab. “Those tapes were the soundtrack to our youth—vibrant music from our home countries that sounded a bit off-kilter due to the immense amount of play they received. They were our connection to our families back home. This mix is a short introduction to that. Somali, Ethiopian and Sudanese music that came from sun baked tapes. Enjoy and may this lead you to endless discovery of music from my home.”

Aside from the music that’s explored on your mix of old cassette tapes, what are a few distinctly East African things you’ve grown to miss while living in the U.S.?
I really miss the coffee and food from Sudan. Eating is such a communal event in Sudan. Eating out isn’t really a thing there. Every meal is spent talking and enjoying the company of friends and family. I feel like I hardly do that in the United States.

You’ve done a lot of traveling over the years. How do you define your sense of place and self? Is it somewhere between where your childhood overseas and the states you grew up in?
I’ve been inspired and influenced by every place that I’ve lived or traveled. Each place and every person I’ve become friends with along the way has helped shape who I am but I feel like I’m still searching for my place in the world. I don’t think that I’ll find it. It’ll find me.

What are a few memorable and/or influential moments from your time as a session musician?
It was such a carefree time. My only responsibility was to set up my gear, play my parts and pack up. I didn’t have to worry about anything else. I was playing in bands as they were blowing up. I saw Yeasayer go from 0-to-60 literally overnight. I got to experience monumental moments with these bands. It was so special.

How about when you were in hardcore bands at The Ohio State University? Do you ever miss playing that kind of aggressive music?
That time was even more exciting! I was learning the ropes. I was a part of an exciting community filled with loads of young, driven, creative kids who wanted to do great things. I tabled at house shows: sold records, tapes and books. I started my own cassette label and released my friend’s first album. I booked so many shows and played even more. I saw my friends’ businesses start from nothing and become successful. It was so inspiring. I cut my teeth in Columbus. I wouldn’t be who I am without the support of the people in Columbus. CSBYS/LODFU/Long Live Daymon Dodson.

You were given the very daunting task of leading a major William Onyeabor tribute earlier this year—a tribute that went so well Luaka Bop hosted another one this fall. Given your love of his songs, how did you approach translating William’s music for a modern audience with such a wide array of special guests involved?
I wanted to translate the positive energy in William’s music on to the stage. There is a lot of energy in these songs. Honestly, I felt like I had the opportunity to show my idols what I was capable of doing. When you’re approached with a job like this then get told that people like David Byrne and Damon Albarn are also involved, you have to do whatever it is to put your best foot forward. I couldn’t have done it without the support of Luaka Bop and the rest of the Sinkane band. They trusted me with leading this group and it helped make it easy.

What’s one major takeaway you had from that experience? Did David Byrne, Damon Albarn or Money Mark—three of the night’s older musicians—leave you with any advice that stuck?
They were all happy to be involved. I feel very honored to have worked with them. The major takeaway from the Onyeabor shows is how well people responded to the music. It made people happy. I hope William can see that one of these days.

Was your appearance with Usher and the Afghan Whigs at South by Southwest (captured at the 23:00 mark above) the most surreal experience you’ve had thus far?
Yes. Absolutely. It was incredibly scary and weird. Right before I got on stage I was standing next to Pharrell and he looked at me and said, “Have fun!” Then all of the sudden I’m singing my own song with Usher and Afghan Whigs. I couldn’t even enjoy the moment; it was crazy! Those are moments you dream about. Every artist wants to be in that situation.

Mean Love is a much more personal record than Mars, at least on the surface. Did it take you a while to feel comfortable putting yourself out there like that?
No, not really. In the past I didn’t really know how to express myself in the way that we did on Mean Love. It had a lot to do with my co-producer Greg Lofaro. He really pushed me to think about everything more. We’d talk and talk and talk about what it was that we wanted to say in each song. Then he’d come up with some amazing lyrics. So direct and to the point. So simple. But it’s complicated! Oh man!

What were some non-musical influences on the new album?
Nature. I spent a month in Asheville, NC writing this album. I would walk 40 minutes every morning down a mountain, through the highway, then back up a mountain to meet Sinkane drummer Jason Trammell at our makeshift studio. I’d see some really inspiring things on those hikes. Mountains, beautiful trees, flowers. It was amazing. Another one is food. I love food. Making a meal is very similar to making a song. It takes the right ingredients to craft something special.

Sinkane has gone from being a production name to more of a full-on, multi-member project. How would you describe your current band?
The live band consists of me, drummer Jason Trammell, bassist Ish Montgomery and guitarist/pedal steel player Jonny Lam. In the studio I work with Greg Lofaro and try to incorporate the guys as well. I’m still trying to figure out how to seamlessly bind the two worlds (recording and live). At the moment, we are having fun making the live show something unique and special.

If Mars is more influenced by African music and Mean Love is more influenced by American, do you think your next record will be a mix of the two and ultimately a clearer sign of what the Sinkane project has come to represent?
Who knows? Maybe. I’m now starting to think about what I want to do next. I don’t want think about it too hard, though. We have a lot of touring ahead of us!

What are some major lessons you’ve learned from your parents that have become increasingly relevant as you get older? Are they largely responsible for your love of music?
My parents have always inspired me to work hard. They are the hardest working people that I know. They’ve been through so much and stayed positive throughout all of the challenges that life has thrown at them. They always tell me to keep my head up and they inspire me to stay ambitious. They are responsible for my work ethic, my drive and my creative spirit. I feel blessed to have them as my mentors.

Finally, we hear you’re a major Radiohead fan. What’s one really under-appreciated Radiohead song and why?
Don’t get me started on the Radiohead songs conversation. I could talk about this stuff all day! I don’t know if I’d say these songs are that under-appreciated but I find “Let Down,” “The Tourist” and “In Limbo” to be such fascinating songs. They are deceivingly simple. Also, can you believe that songs like “Pyramid Song” or “There, There” were lead singles on major label records?! They’re SO weird! But man, so incredibly catchy and smart. I saw them on their last tour and was absolutely blown away by “Pyramid Song” live. It was so incredibly emotional. I also heard the entire arena singing along to “Lotus Flower,” which kind of blew my mind. It’s refreshing that one of the biggest bands in the world writes some of the weirdest music on Earth and people actually appreciate it. It says a lot about people.