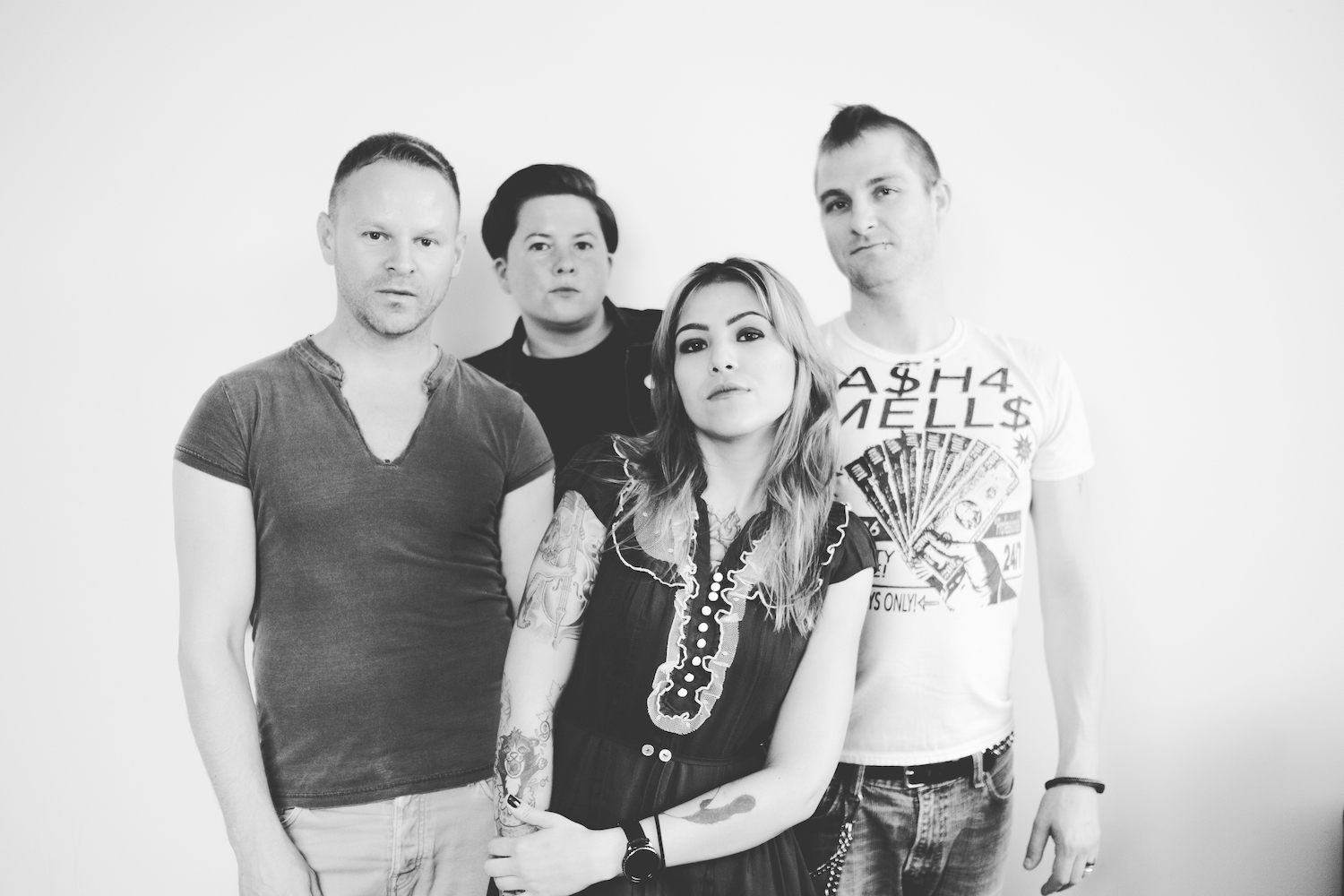 If you’re old enough to know the difference between MTV’s iconic 120 Minutes show and its slightly more mainstream sister program Alternative Nation, then the guitar army grooves of Teen Vice will sound like a Buzz Clip waiting to happen. If you’re not, that’s okay too; the airtight melodies and buzzsaw riffs on the band’s debut album (Saddest Summer, out this Friday on Commission Music) wouldn’t sound out of place on Burger Records, either; this is alt-rock the Deal sisters would appreciate, not a Candlebox-caliber stab at making grunge several decades too late.

None of this should come as a surprise, of course; not when Teen Vice counts members of MEN (guitarist/vocalist Tammy Hart), The Dead Betties (bassist/vocalist Joshua Ackley and drummer Derek Pippin), and The Fingerprints (guitarist/vocalist May Dantas) among its ranks. The following exclusive should put it all in perspective better than we ever could; presenting Saddest Summer along with a complete track-by-track commentary by the band….

“KISS IT GOODBYE”
Tammy Hart: I was dating someone on the brink of major fame. She asked me what I thought about fame and “being a famous couple”; I said I didn’t care and I thought that was gross. She dumped me.

“ANTI-PRIVILEGE”
Josh Ackley: The ultimate game of chutes and ladders, this one is about watching people weaponize whatever scraps of privilege they may have against one another in order to gain access to the upper echelons of career, money, social status, etc.

“HOW DOES IT FEEL?”
Tammy: This song is my love letter to Kim Deal. It is also a song I wrote for a girl I was desperately in love with while in a relationship with someone else. I was more depressed than I had ever been in my life and really fucked up. Drunk 24/7. My leg was broken from a bike wreck that could’ve killed me. That girl is now my wife. I would jump in front of that van in a heartbeat if I knew how things would turn out.

“Y U WNT 2?”
Tammy: This song was inspired by listening to ACDC’s “Jailbreak”, ZZ Top, and Joan Jett on repeat. Sexo.

“THINK TANK”
Josh: “Think Tank” is about traps. Corporate culture, bureaucracy, year-end reviews, peer reviews, personality tests…. All of the stuff that keeps real work from succeeding is probably about 80-percent of the average worker’s life on the job; none of it makes sense. I’m proud of younger people entering into the workforce when they loudly voice their opposition to all of the weird traps put in place to keep them from advancing. They get a bad rap, but they’re right.

“HIPSTER”
Tammy: The Ramones Rocket to Russia record couldn’t be a more important listen right now culturally and musically. “Teenage Lobotomy” is one of my favorite songs. Heart on sleeve. So are my influences.

“COCHON DELUXE”
Josh: Misogyny’s ugly face, front and center, for everyone to see. Boys will be boys and pigs will be pigs. Throw them all in the pig pen and let them eat themselves. We’re all obsessively watching….

“OUT OF EXCUSES”
Tammy: The fantasy of perfection built around absence. A friendship lost. A look in the mirror. I’m not getting any younger.

“WHITE GUILT”
Josh: There was seemingly more white outrage over Cecil the Lion’s murder than Trayvon Martin’s murder. I actually see a connection between big game hunting in Africa and the way some white Americans treat black Americans. Both are criminal.

WHO AM I?
Tammy: When I sent the demo of this song to my friend Daniel and my sister Kim, they both said it sounded like Juliana Hatfield and I was kinda bummed about that. I wanted to out write The Breeders’ “Safari”, but I wrote “My Sister” instead.