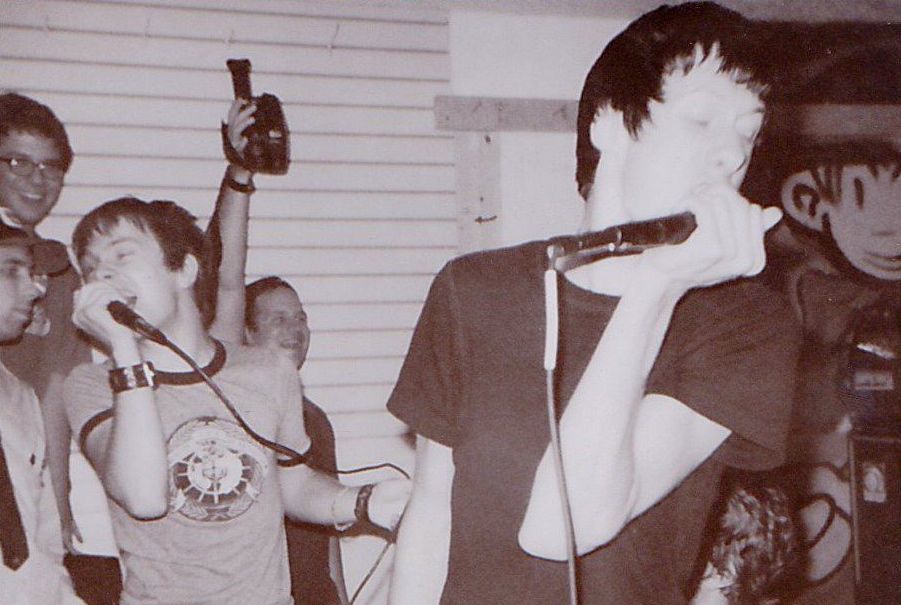 The Blood Brothers were never an easy band to love; in fact, we’re listening to their last album (2006’s Young Machetes) right now and counting down the seconds until our neighbors start knocking on the walls due to its high-pitched squeals, restless rhythms and chopping block chords. That said, there was always more to their music than tantrum-like post-hardcore tracks. If there hadn’t been, chances are Fugazi co-founder/DIY demigod Guy Picciotto wouldn’t have manned the boards for their final studio sessions. Or as Zachary Lipez writes in an Noisey interview with co-frontman Jordan Blilie, “Their last few albums combined the propulsion of artsy hardcore and the bravado of straight up (or maybe sideways, by way of Mike Patton) glam… At a time when the “alt” landscape was dominated by light psychedelia, warm bathwater folk, and rah-rah-shish-boom-bah-we’re all-in-this-together-emo rock; the Blood Brothers were pure sexually confusing abrasion.”

This is why we’re not mad at the group’s decision to reunite for a few live dates (the FYF and Fun Fun Fun festivals thus far): because, well, why not? As Blilie said, “When the opportunity was presented to us, personally the decision was easy. The two questions were ‘would this be fun?’ and ‘do people want to see this?’ The first question was a no brainer; like I said, playing live has always been my favorite part. The second question is a bit more of a gamble. I obviously hope people want to see us, but we’ll see. I also didn’t want to wait too long as I wanted to be able physically to do it. I don’t know that I’ll be able to flop around on stage like I’m having seizure at 45.”

And if you’re worried about them forcing another full-length, the spasm-prone singer added: “No one wants that. I mean, by the end, we all just felt we’d done as much with it as we could possibly do. It became harder to find that middle ground where we were all inspired… To address that more directly: you would have to feel absolutely right and there’s no way to predict that. There’s one thing to revisit something in a live context and just have fun playing old songs it’s another to try to get in that creative headspace again.”

Here’s a half-hour live set from the band’s old label, Three One G…