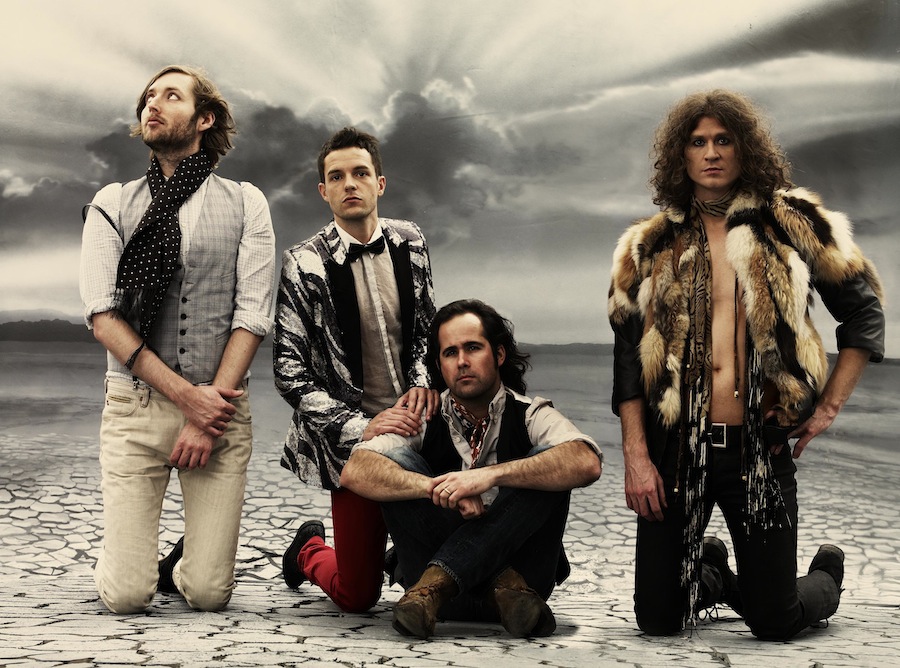 The Killers have lined up quite a guest producer for a potential new single: M83 frontman Anthony Gonzalez. According to Radio.com, guitarist Dave Keuning revealed the collaboration backstage at Lollapalooza last weekend.

“There was a mutual thing like, ‘Yeah we think he’s good; we’ll try him out,'” explained Keuning, referring to Island’s suggestion that the two should work together. “It’s something we finally agreed with our label on.”

The Killers’ last album, Battle Born, had five different knob-twiddlers involved—including A-listers like Daniel Lanois, Brendan O’Brien and Steve Lillywhite—so there’s no telling if the one track Gonzalez worked on with them will turn into two, or an actual album for that matter.

“I think we would like to release the song on some level and I don’t know how,” said Keuning. “I’m not saying a new album is going to come out or anything like that. But sometimes people just put out songs or it gets used for some kind of compilation. We’d like to get a new song out there soon.”