The Knife Reveal Details About ‘Shaking the Habitual’ Shows 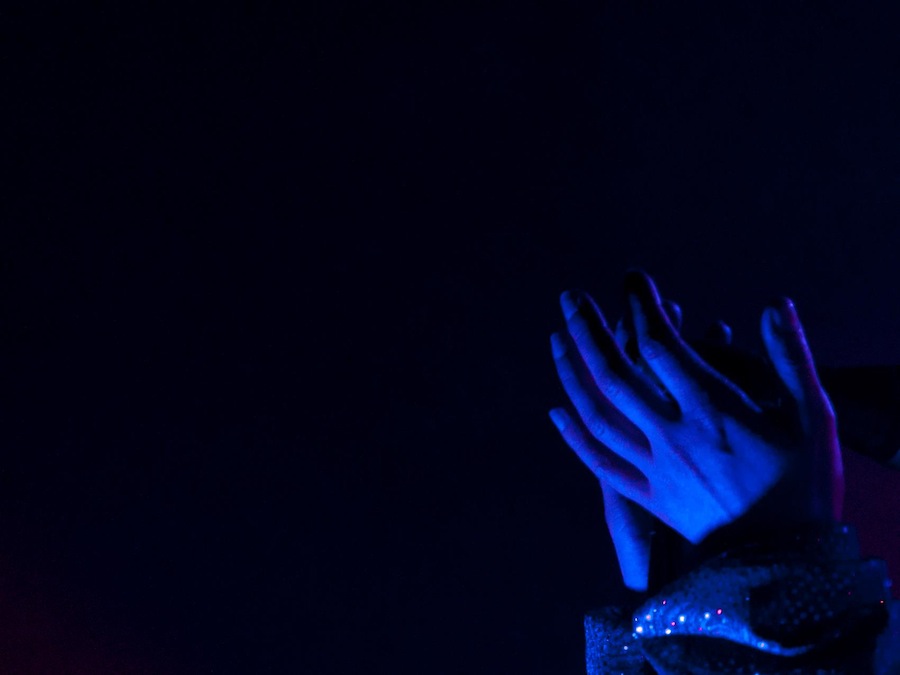 The Knife have revealed a thorough run through of their upcoming Shaking the Habitual shows, keeping us guessing with vague references to an Absurdist aerobics class and “danceoke” presented alongside the following general statement:

We, The Knife, will be performing live. We will be there, on stage, all seven of us, sometimes all ten of us, or even more. We have worked hard, together. Things, ideas, concepts have been tried, tested, discarded, evolved, perfected and discarded again…

Without giving too much away, here’s what you lucky Europeans can expect from their high concept carnival over the next couple months, via the duo’s official site…

We, The Knife, will be performing live. We will be there, on stage, all seven of us, sometimes all ten of us, or even more. We have worked hard, together. Things, ideas, concepts have been tried, tested, discarded, evolved, perfected and discarded again.

We know of the performative parts of power (Hegemony! Hi!), the on-going upholdance of everything through the performance of everyone. The habitual dance of the ordinary, the narratives of the normal. We know how the norm functions. But this is not every day. We have put on our glitter, we are ready to sparkle. This is special, if we were birds, (maybe we are) our feathers would shine (they do). We are building a place, a scene, a moment. But the blocks aren’t set, the pieces move. We slipper and slide around it, under it, above. Shaking our habitat.

With raging lungs we breathe, exhausted but enthralled. We sweat and smile and frown, laughing at the future, crying at the past, holding on. Legs astride, one foot yours, one foot ours.

How at 5am that warehouse beat is coming up like sour steam.
All over the dance floor we’re asking: can this DNA turn into something else?
It’s not metaphorical. It’s explicit.
No habits!

THE EVENING WILL OPEN WITH:

Participatory/interactive absurdist warm up for anybody who wants it.
Death Electro Emo Protest Aerobics: DEEP AEROBICS

DEEP AEROBICS is a workout form invented and shamelessly disseminated by Miguel Gutierrez, who hopes to soon destroy the technique, because it’s just too hard to teach, and really the world is going to hell in a hand basket anyway. It is the communal/political/conceptual/imaginational workout experience you always wanted but never could embarrass yourself enough to find or do in public. It is for anyone who has ever had any interest in combining the joie de vivre that is the vigorous bouncing of one’s anatomical/spiritual/energetic molecules with the existential absurdity that is living in a world/country/economic system of injustice, war-mongering, and cultural ineptitude. Oh wait, that’s you. If you feel like it: come in your own crazy aerobics costume, whatever that means to you. Taste the sweat.

ps. Take one class and you are instantly a certified master teacher of the form. No yearly dues, fees, reports. Just give credit to Miguel Gutierrez.

Ã–FA-KOLLEKTIVET is an artist collective and feminist support group through which several performances, workshops, exhibitions and club-performances have been created. Ã–FA takes the liberty to challenge the bipolar gender thinking and aim to create a space for gender-free experiences. Breaking stereotypes is to break the system that controls and limits, reins and holds back, shapes and dictates â€“ that’s why Ã–FA has an aftertaste of gingerbread, promiscuity, trust, hope, daring and do-it-yourself spirit!
Ã–FA: DANCEOKE is like karaoke but instead of singing alone you dance to music videos together with a full dance floor. Danceoke shifts the perspective of performer/audience and makes people come together no matter what.

COOL PANS â€“ The biggest steel band i Scandinavia!
Since forming in 1997, Stockholm based steelband Cool Pans have performed at numerous parties and venues around Stockholm and in other parts of Sweden. But the music doesn’t stop there! Cool Pans have also performed at several destinations in Europe at carnivals and festivals. Norway, Germany, France, England, Denmark have all enjoyed the caribbean music and infectious rhythms, played with an enthusiasm and energy that is significant for Cool Pans musicians.