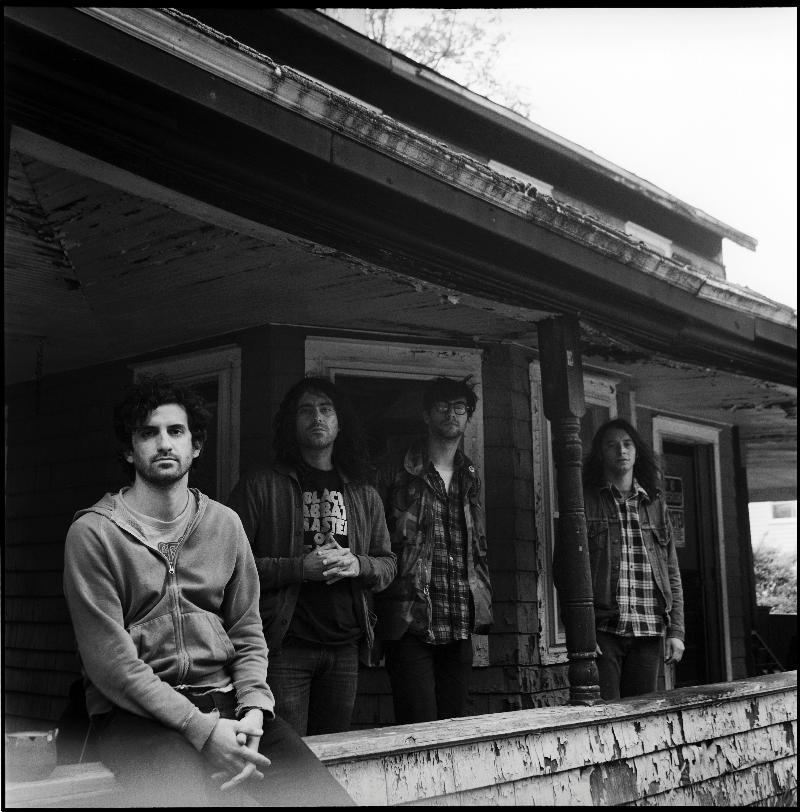 “The house got infested by a wasp’s nest,” Mark Perro explained in a self-titled interview about the sessions for The Men’s last LP, New Moon. “I don’t know what happened. There were about 15-20 wasps flying around in the main room that we were tracking in, and [fellow singer/guitarist] Nick [Chiericozzi] went on some kind of homicidal rampage, and eliminated them one by one…It was pretty intense.”

Not that you’d be able to tell by Campfire Songs, a laid-back acoustic set that was first released as a limited bonus CD for indie record shops. Available in a proper vinyl pressing on October 15th through Sacred Bones, the EP also includes a 12-page book featuring black and white shots of the band’s upstate retreat by bassist Kevin Faulkner. Here’s an official stream of “The Seeds”: