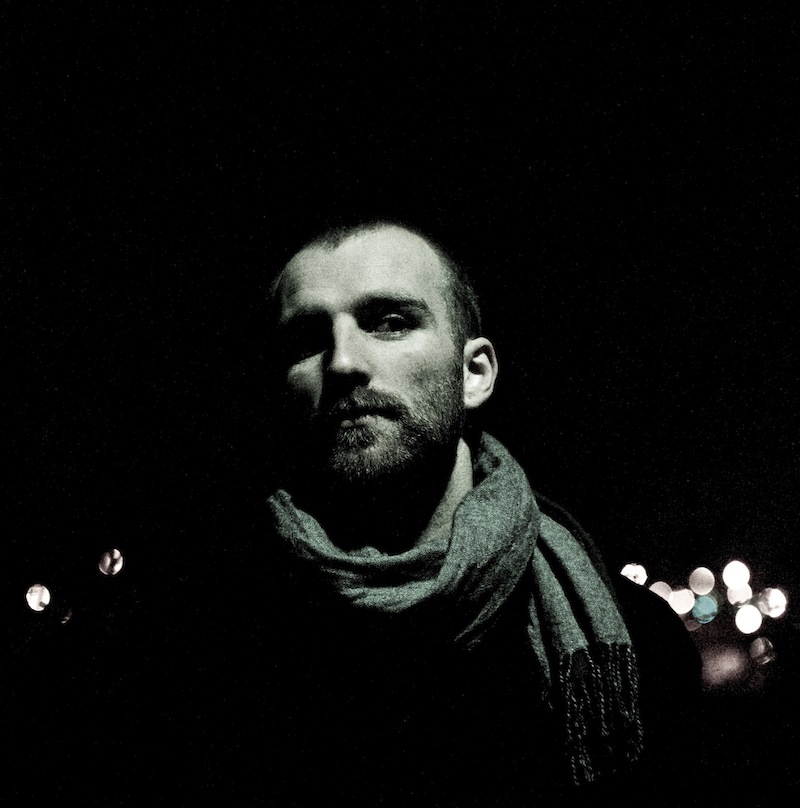 When I interviewed Michael Gira for a Decibel story last year, the Swans frontman asked if I’d ever heard of someone named Ben Frost. The mood manipulator was apparently a prime candidate for some remixes, so I proceeded to tell him how perfect the pairing would be and that he really should see Frost play sometime. After all, the last time I witnessed one of his profoundly visceral sets, the raw power of it all literally left my teeth rattling. Kinda like a solo, instrumental Swans show, really.

Gira found it hard to believe that someone could be that intense with nothing but a guitar and a laptop, but he eventually tapped the multi-instrumentalist for Swans’ Brooklyn stop, so something must have worked out. Or as Lustmord–the godfather of dark ambient music–told us when asked about his own computerized performances last week, “I wouldn’t pay to see someone in front of a laptop. But seeing Kraftwerk do it [well] made me think, ‘Well, I guess you can do something cool if you have really good sound.'”

That’s the thing about Frost–he does more than just write songs. He sculpts them until they become transcendent and, at times, truly terrifying, from the nocturnal transmissions of By the Throat to the dovetailing chords and spellbound Swans nods that drive Frost’s breakthrough album, Theory of Machines.

In other words, the Australia native (he’s lived in Iceland, on and off, for years) is a sound designer at heart. Which explains the headline we saw last summer: “Ben Frost To Be Mentored By Brian Eno; Reworking Solaris.” While the former is an ongoing project we’ll address in a minute, the latter was commissioned for Unsound’s Krakow festival in 2010 and will be revisited at its New York edition this Wednesday night alongside co-composer DanÃ­el Bjarnason, the Sinfonietta Cracovia orchestra, and the film manipulations of Eno and his longtime collaborator Nick Robertson.

As for what all of this ultimately means in the end, Frost filed the following exclusive interview as he prepared for this week’s performance. FYI: We’re giving away two pairs of Music For Solaris tickets via our Twitter, and if you miss your chance there, you can always snag a spot through Lincoln Center‘s box office…

“It’s music of the flesh and it has teeth”

Let’s get the obvious question out of the way first: How far along are you and Brian on your mentoring project? Are any specific records, compositions, or potential live performances beyond the Solaris collaboration coming together? Have you two been working with other artists as well?
I think it’s interesting, and maybe a little bit telling of the need for something like this mentor/protegÃ© program in that there is a widespread assumption and expectation that we will just make an album together, and join forces for some kind of musical showdown, in what in my mind amounts to a very one dimensional and predictable set of outcomes. I say it’s telling in that I think it’s increasingly important to everyone that things can be clearly packaged and sold, and ultimately I suppose, understood. That is not to say that idea of making music with Brian is not exciting to me; it is. Just in the scheme of things, it’s not particularly important to either of us and not in any way the ‘point’ of this.

Historically, the mentor/protegÃ© relationship was something that annexed the simple creation of what are ostensibly art “products” and addressed holistically the root of personal art practices, theory and life philosophies. Or rather, the value of the collaboration itself was largely transparent to the outside world. I mean, how do we measure the influence of Verrocchio on Da Vinci when they never put on a duo exhibition together featuring several “collaborative” paintings? In spite of the fact that Da Vinci worked out of his studio for years, breathed the same air, drank the same water and sat on the same furniture.

I think it’s primarily there–in that ill-defined space of shared time–that Brian and I are operating. We talk, a lot, about everything and nothing and very little of it has frankly anything to do with music. I spend most of my days in a studio and Brian has spent most of his life in one. Studios are spaces for channeling, containing and documenting emotions. I have never found them to be emotional spaces in themselves. The outside world and the ideas it breeds are infinitely more fascinating.

How does the actual process of working with Brian compare with your expectations of what it’d be like?
With Brian, there are never really any answers; just more and more questions.

Let’s talk about Solaris. Many people have focused on Brian’s involvement, but the project really centers on your work with Daniel right? For those people who are unfamiliar with his work, how would you describe him?
I met DanÃ­el, along with [musician/Bedroom Community co-founder] Valgeir [SigurÃ°sson], the very first time I came to Iceland. He gave me this CD-R of epic, sprawling compositions–keep in mind at this time we were only 22 or something–and I hadn’t heard anything like it before. Though, funnily enough my response to his music today many years later has not changed. It still floors me. DanÃ­el is working on a level of complexity and detail that honestly dwarfs anything I can fathom creatively. I simply don’t have the language, but my emotional response to his work is profoundly visceral–it’s music of the flesh and it has teeth.

Solaris is not my music, and it’s not his. I don’t think either of us would have made it on our own. It’s totally new to the
both of us. It’s been an amazing experience finally working with DanÃ­el, though. We had talked about it for years and it’s massively inspiring.

How do you think the first performance of Solaris went?
I always imagined that performance to be the final moment of a long period of work, when in fact it ended up being merely another step in what is still an ongoing process both for myself and DanÃ­el. In that way, DanÃ­el and I are very similar–it’s only when we put the whole thing on the line that we are actually able to see something for what it is, and as a result, I don’t think either of us really knew what we had until it was on the stage and there were a few hundred people sitting there listening to it.

How do the visuals of your Solaris performance compare to the movie itself?
Quite simply, they don’t. By the time we had responded to it musically, the idea of screening the film with the music was no longer interesting or relevant. It’s purpose was already served. But at the same time, the idea of a blank screen was also troubling. I could see Brian’s mind ticking over the problem too, and a few days later he laid out this elegant visual solution that mirrored everything we were trying to get at aurally.

Instead of showing bits of the [Tarkovsky] film, Brian took several individual frames and morphed between them, so that the very slow changes would appear more like a gradually changing painting than a movie. He took fractions of a second out of the film and extruded them into long elongated sequences.

The music doesn’t try to make a literal soundtrack to the film. It uses it as a starting point for a set of moods. We abused some very clever music software designed to improve music and pitch and turned it against itself and encouraged it to misbehave. Similarly, Brian took isolated images and created a fictional connection between them, forcing error and translation via a machine. Specifically (and for the technically minded), in each piece he used a morphing program to generate a whole sequence of hybrid images that join a start image and an end image. Only those two images actually occur in the film. The rest is new.

Tell me a little bit about your work with Tim Hecker on his new album. You two seem like a perfect match. Did it work out that way when you tracked the record?
Hecker purchased a particularly excellent coat that day in Iceland–the day we tracked Ravedeath, I mean. This coat, it was like this SOS glo-orange color that burned the corneas. Seriously, its like in a whole other spectrum of vision, and it hurts. I didn’t know textiles could be produced in that color.

The more I think about it, the more I’m convinced it was the coat that is the secret to that record’s success.

Any particular favorite album of his, and if so, why do you dig it?
Harmony In Ultraviolet. The first time I heard “Rainbow Blood,” I couldn’t breathe.

Are you anywhere near finishing a new Ben Frost record?
I have probably made material for about seven albums in the last 12 months, but none of it is the album. The album as a concept is a sacred entity to me–I need a reason, and because I ‘haven’t made one for a while’ is not a reason.

In short, no, it’s probably going to be a while.