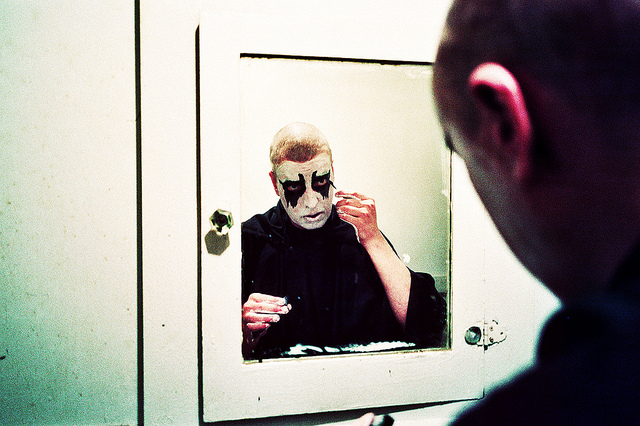 â€œSinging always felt like a concussion, and I got a lot of migraines from doing it,â€ says Malefic, the mysterious man behind the atmospheric black-metal group Xasthur (pronounced zas-ter, like disaster). â€œSometimes I wonder if it has caused some damage to my head and my memory. If there was any right or wrong way of doing this, I’m sure I did it wrong.â€

As of this past March, Malefic has stopped worrying about his art affecting his physical health. He has decided to end Xasthur after 14 years, releasing a final record (Portal of Sorrow, out now on Disharmonic Vibrations) and returning to life as suburban Los Angeleno Scott Conner, exâ€“black-metal musician. â€œI’ve been saying I’m sick and tired of [Xasthur] for too long:and now, I’m going to back it up,â€ he explained in a blog post. â€œThere are or have been literally 18,000 black-metal bands; it does not matter if there’s one less.â€ The thing is, Xasthur–formed after Conner grew sick of playing in death-metal bands–was considered one of the country’s few black-metal pioneers, with Malefic’s avant-garde approach earning him respect from metalheads and musos alike. Forced to create music by himself after he had split with most of the band’s members early on over creative differences, Malefic used drum machines and layers of guitar to paint haunting sonic murals of despair, marked by an echoey scream so fierce it would leave him with those pesky headaches.

He was in the right place at the right time, too. In the mid ’00s, when many of the scene’s European founders had quit, gotten incarcerated, or died, Xasthur’s music began getting positive reviews and word-of-mouth mentions in the underground. He then cofounded the black-metal supergroup Twilight alongside members of other American bands like Nachtmystium, Leviathan, and Krieg, and toured and recorded with critical darlings Sunn 0))). Adding to his legend, Malefic often refused interviews, and his public feuds with labels like Moribund Cult and Southern Lord (addressed in open emails to the press) gained him notoriety.

Success aside, Malefic grew frustrated with making music, finding it harder to be creative. Nonetheless, his final album is one of his most experimental yet, featuring the bleak but beautiful melodies of Marissa Nadler and swan songs that have more in common with Sergio Leone and Bernard Herrmann than Darkthorne or Burzum. That’s the way he likes it, too, judging from his comments in the following Q&A, which was culled from a 6,000-plusâ€“word email interview (the only way he talks to the press, in the rare event he does). As with Portal of Sorrow, this interview is meant as a goodbye, a final look at the man once known as Malefic.

â€œPlease pardon how long and â€˜self-indulgent’ my responses were,â€ he says. â€œI might as well make up for all the interviews I never did and all the ones I won’t be doing.â€

For our full interview with Xasthur, please check out the archived issue below..

Previous Blog House Gets Its Own Documentary (Yes, Really)
Next NEEDLE EXCHANGE 027: An Exclusive Mix By … Grovesnor